The CTRC team met with the German Ombudsman 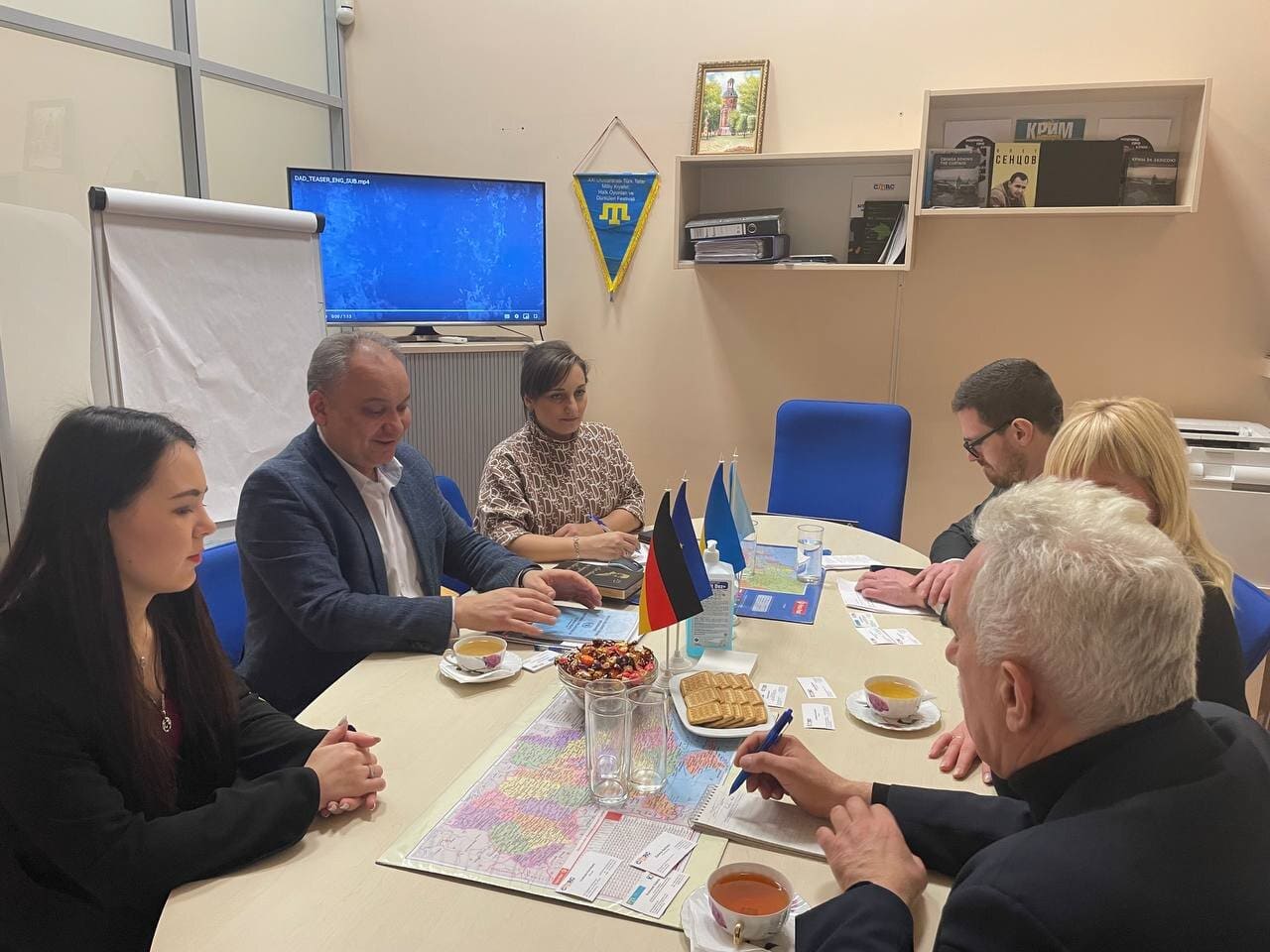 On Thursday, January 12, on the Day of the Ukrainian Political Prisoner, Head of the Board of the Crimean Tatar Resource Center Eskender Bariiev, CTRC managers Zarema Bariieva, Liudmyla Koroktykh and communications manager Tetiana Podvorniak met with the German Government Commissioner for Human Rights and Humanitarian Aid Louise Amtsberg.

Representatives of the Crimean Tatar Resource Center told Louise about the situation with human rights violations in the occupied Crimea, about systemic repressions against pro-Ukrainian activists and representatives of the indigenous Crimean Tatar people, as well as about the situation in the newly occupied territories of Zaporizhzhia and Kherson regions.

“The Russian Federation unlawfully applies its legislation in the occupied territories of Ukraine, in particular, the occupiers continue to detain residents of Crimea, Zaporizhzhia and Kherson regions in the so-called cases of Hizb ut-Tahrir, Jehovah’s Witnesses and the Noman Çelebicihan Crimean Tatar Volunteer Battalion, as well as kidnap them and illegally export them to the Crimea. They are all simple and peaceful people. We hope that the German government will facilitate the speedy exchange of political prisoners and their return to Ukraine”,- said Eskender Bariiev, Head of the Board of the CTRC.

Louise Amtsberg was given booklets prepared by the Crimean Tatar Resource Center about political prisoners in Crimea and reports on the situation in the occupied Crimea.

Representatives of the CTRC spoke about the environmental damage caused by the Russian Federation and about the exclusive documentary film Crimea. Dehydration, prepared by the CRRC and the Charitable Foundation Peace and Co, which raises one of the most pressing topics of our time: the shortage of water on the peninsula and highlights the irrational approach of the Russian authorities to the use of water resources on the peninsula.

In addition, the guests were shown the trailer of the exclusive documentary “Give me back my dad!”, which tells about the tragedies of children whose parents were imprisoned or forcibly kidnapped after the occupation of Crimea, and a video about the struggle of the Crimean Tatar people for the right to live in their homeland.

Louise Amtsberg thanked the CTRC for the super important work and called for detailed reporting on numerous cases of human rights violations in the occupied territories in order to talk about them abroad. In addition, the Government Commissioner of the Federal Republic of Germany in the field of human rights and humanitarian aid noted the beginning of active cooperation with the Crimean Tatar Resource Center in fixing and disseminating information about violations of human rights in the occupied territories and the collective rights of the indigenous Crimean Tatar people.