Home / Analitics / Can water cause Russia's military intervention in Ukraine?

Can water cause Russia's military intervention in Ukraine?

The Englishmen say: "In love and war, all means are good," the Russians, as always, rephrased and appropriated this saying. But, in life, Russians always do this. This is happening around the situation with water in the occupied Crimea. We have already said that the occupants will use the legal, humanitarian, and, of course, forceful methods to get the Dnieper water, which is absolutely necessary for Crimea. Is Russian military invasion in Ukraine possible? 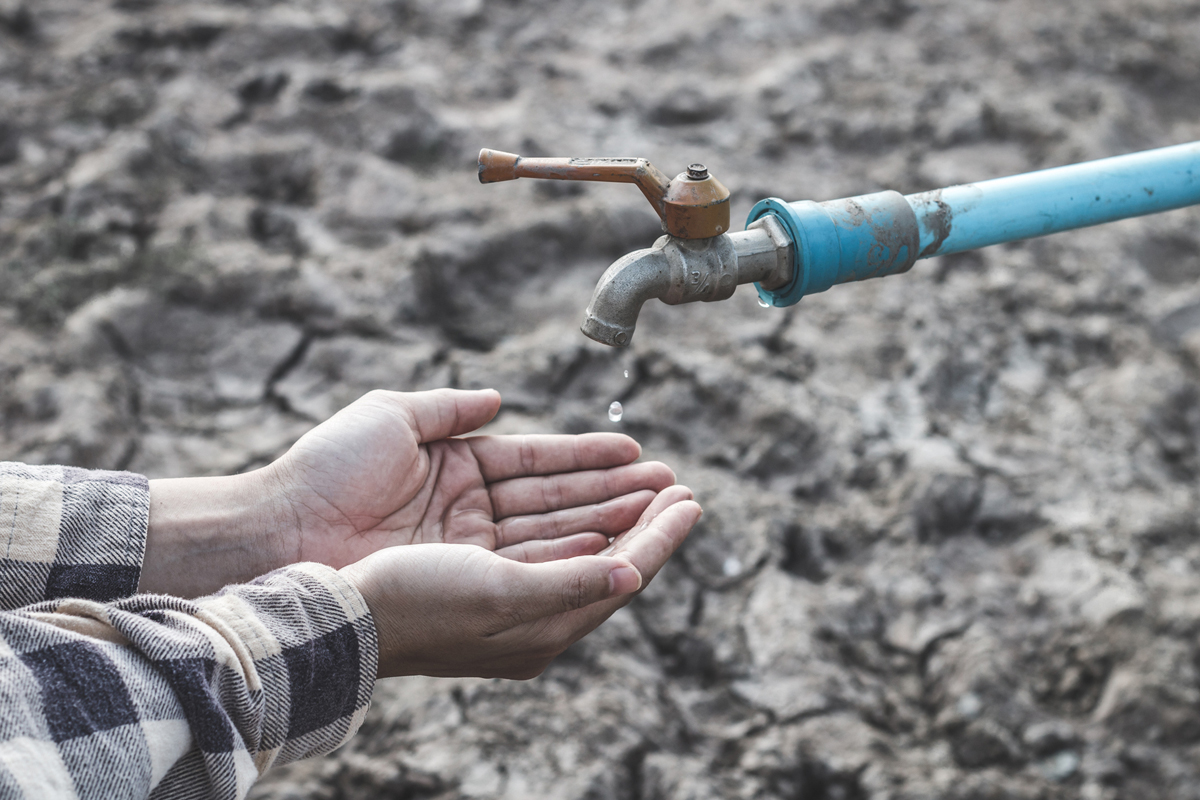 On June 3, Russian lawyers experienced an unfortunate incident. The European Court of Human Rights rejected the lawsuit of a fake Crimean fish factory. This lawsuit was based on the cessation of water supply to the peninsula along the North Crimean Canal in 2014 and, allegedly in connection with this loss incurred by the enterprise. 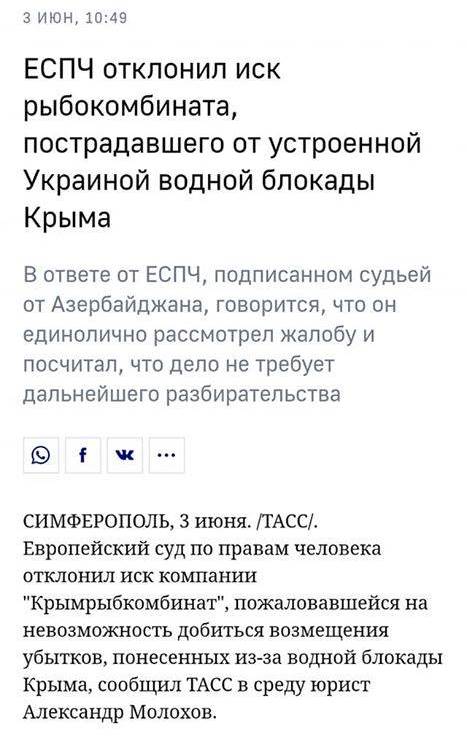 As always, Russians are to blame non-Russians. So here, Russian lawyers, in order to hide their incompetence, complained to the media about the judge of the European Court, who signed the refusal, with an emphasis on his Azerbaijani origin, claiming that they allegedly exhausted all instances in Ukraine in this matter. Although earlier, the tone of their statements in the press was completely different. This so-called "strategic process" on which the occupants promoted themselves and, obviously, did well in 2018-2019, was initially fake.

After all, the Ukrainian courts consistently refused the applicant solely because of ... failure to pay what was required by the law and not a very large court fee. The Russians were forced to play an enchanting fool in the Ukrainian courts, because after the start of the "fish" proceedings they realized that the consideration of the case on its merits would have very painful purely legal consequences for them. Therefore, in addition to the media show, the submission of unjustified documents to the ECHR, contrary to the requirements of a proper judicial review in Ukraine, now in Strasbourg could not have had any consequences by definition. In the UN Human Rights Committee, announced so far by Moscow lawyers, it will also give nothing, because the requirements for admissibility of statements there are similar to European ones.

Therefore, the origin of the judge of the ECHR does not matter. However, TASS, as the official Russian news agency, publicly speculates on the nationality of judge in Strasbourg in Crimean cases. The annual hysteria of the aggressor regarding the submission of water to Crimea received another batch of traditional psychosis.

So, in early June, the Russian invaders actively attacked the UN ... And the main complainant was Mrs. Poklonskaya herself, who announced about the inhumane actions of the Ukrainian authorities because of the fact that they do not provide water for radiators of Russian tanks and armored personnel carriers. 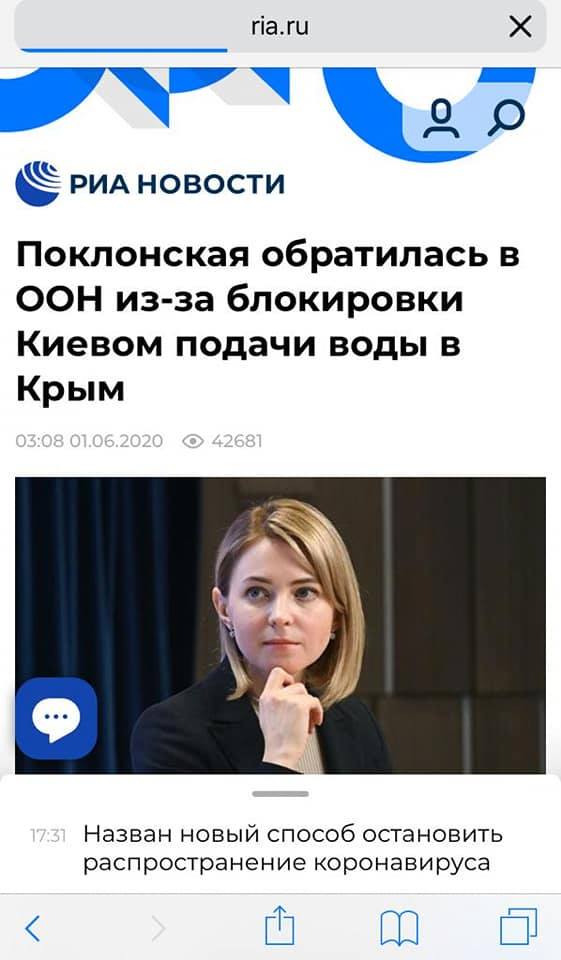 Poklonskaya writes that the overlap of water negatively affects the environment. Let me remind you that the canal is an artificial construction. In the meantime, without Dnieper water, Crimea is gradually returning to its natural ecological state.

Poklonskaya also states that canal water is needed for drinking needs. And this is a lie, because in Crimea there is enough drinking water from natural sources, and the canal is a purely industrial and military necessity. Cynical in Poklonskaya’s statement is that the occupier is hiding behind the needs of the autochthonous peoples of Crimea. Apparently, she has forgotten that it was the UN ICJ that urged the aggressor to lift the Mejlis ban. 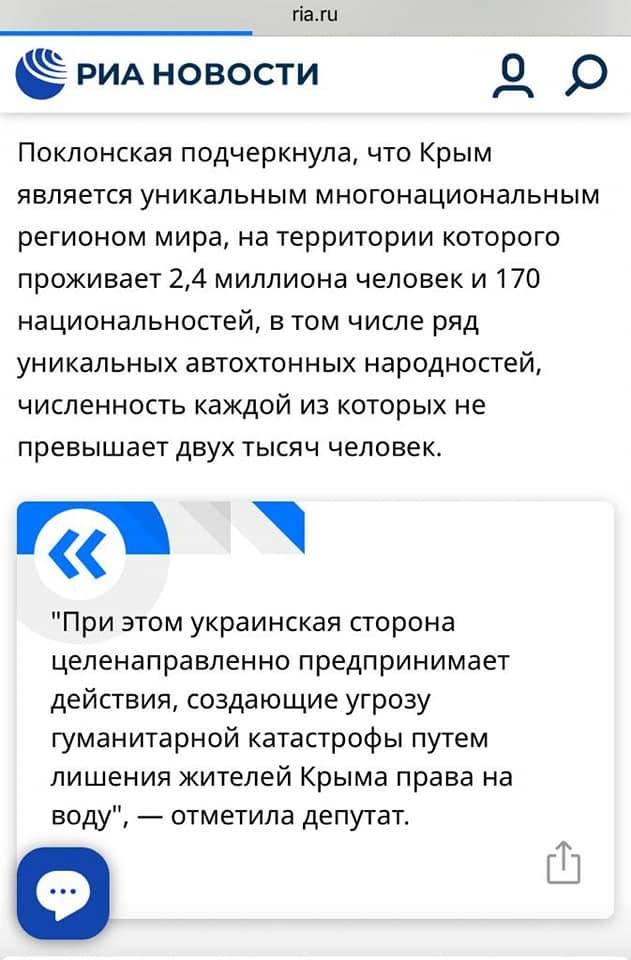 Or nobody heard in UN about the discrimination of the indigenous population by the occupants? Is it a seasonal exacerbation of a sick person, or a targeted PR, which some Kiev officials may be interested in?

Well, let's see how it goes. But until now prudence prevails ...

On June 2, the aggressor state approved a new decree on the principles of the use of nuclear weapons.

There is not much fundamentally new information about the use of atomic bombs, but careful detailing has appeared about the conditions under which the Russian Federation will carry out "nuclear deterrence."

Russia declares the targeting of nuclear weapons at all its “non-friends” in peacetime, while the nuclear warheads of the Russians will officially be targeted to many countries including Ukraine.

Loud statements and intimidation are not surprising, because for the aggressor this is the norm.

In the meantime, the invaders are spending huge efforts on downloading artesian water, burying billions of dollars in the military infrastructure of Crimea, but at the same time they do not support the state of the existing water distribution networks.

And the deterioration of these systems over the six years of occupation led to the fact that in 2019 up to 47% of the water fetched for the population was lost during its transportation. At the same time, in 2019, only 1% of Crimea's water supply systems were repaired by the occupation authorities.

Therefore the current hysteria of Moscow lawyers (about evil judges in Strasbourg) and the cries of Crimean collaborators is a purely political psychosis torn from practical life.

Yes, the risks of Russia's invasion of Ukraine are increasing. Therefore, in  the Kherson and Mykolaiv regions, military and law enforcement officers strengthened the protection of critical infrastructure due to a possible invasion by the Russian Federation. This was stated by the commander of the United Forces Serhiy Nayev. According to him, such measures were taken to prevent possible Russian invasion in order to gain control over the North Crimean Canal. 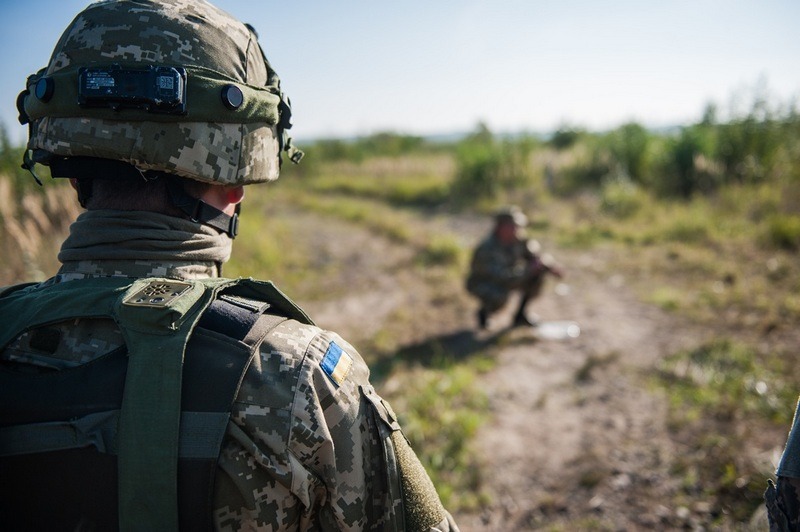 And the Jamestown Foundation President Glen Howard said that because of the summer drought in Crimea, Russia could go on to action in the Kherson and Mykolaiv regions. The goal of the Russian Federation may be the capture of the North Crimean Canal. 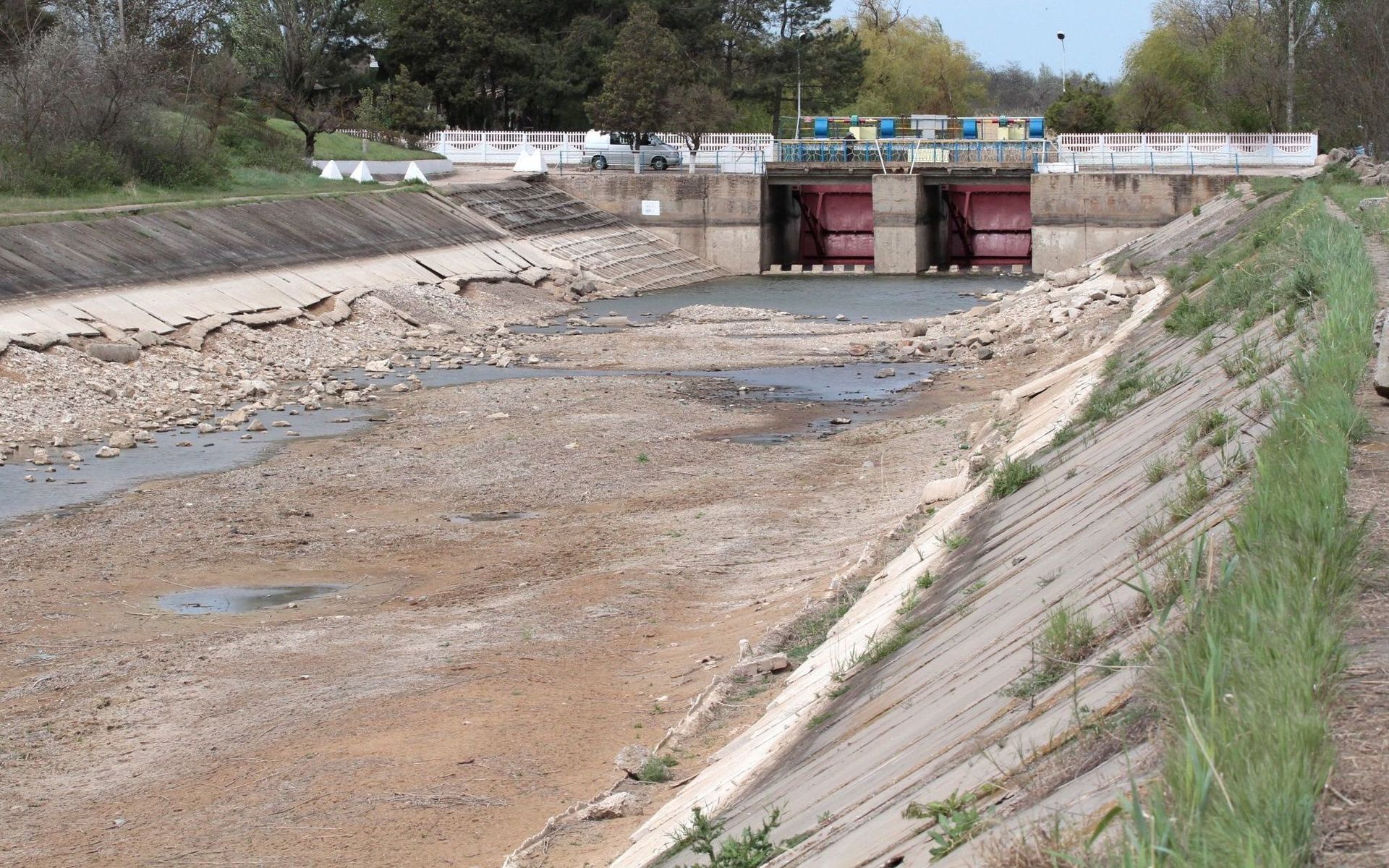 Howard urged Ukraine to monitor the situation and advised conducting exercises at the training ground near Kherson in order to work out a reaction to a possible Russian invasion. He also noted that the United States should help Ukraine in protecting the Black Sea region.