Home / News / CTRC presents a test: «Will you fall under sanctions?»

CTRC presents a test: «Will you fall under sanctions?»

The Crimean Tatar Resource Center presents a test: Are you subject to sanctions? From now on, every Crimean resident will be able to find out the degree of his/her collaboration by answering just a few questions. 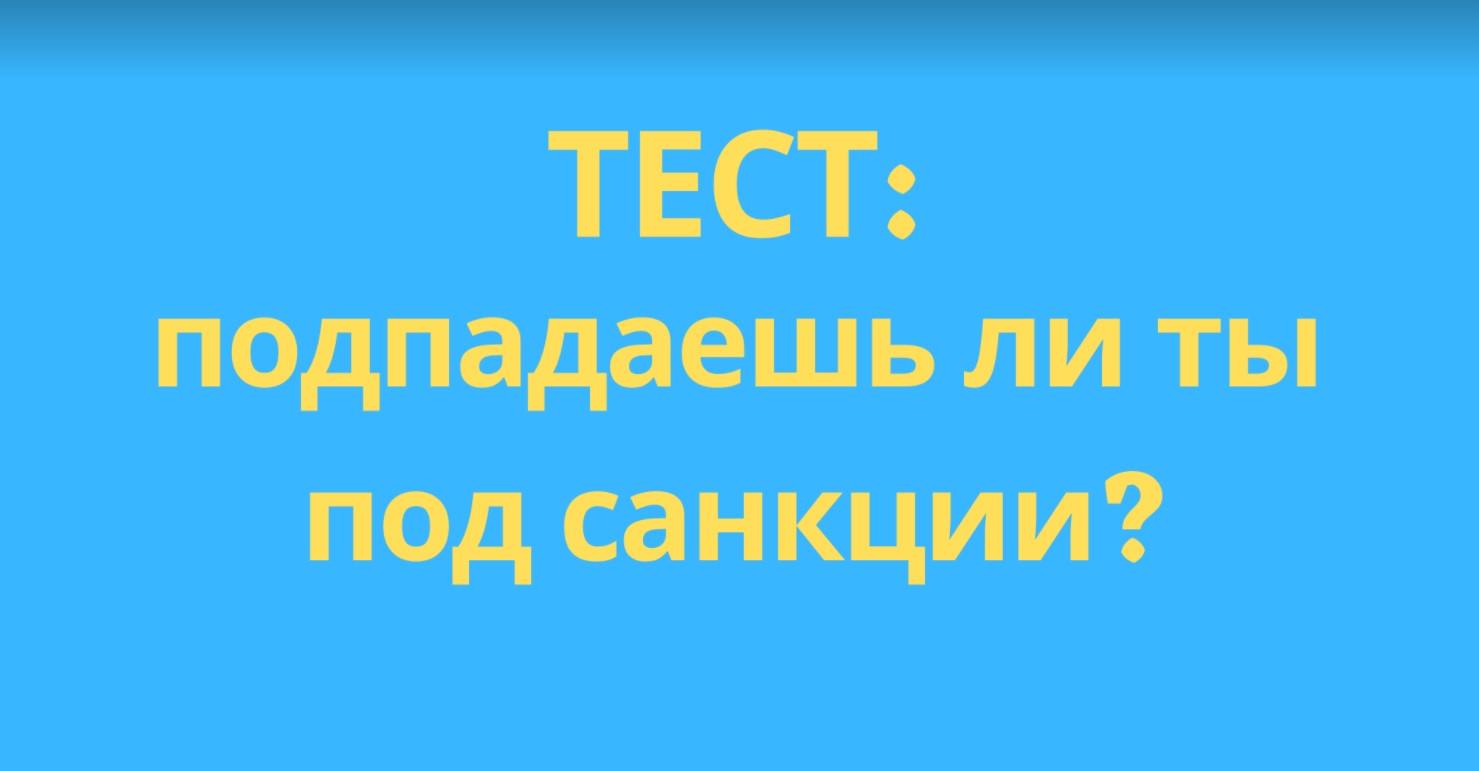 Since 2017, the Crimean Tatar Resource Center has been dealing with the adaptation of the laws similar to Magnitsky Act for the temporarily occupied Crimea and conducted communication with representatives of the diplomatic corps of countries that have adopted analogous laws, and also conducted advocacy work for their adoption in other countries of the Western world.

In the resolution On Ukraine’s Implementation of the Association Agreement dated February 11, 2021, the European Parliament called on the European External Diplomacy Service to promptly enact the EU’s global sanctions regime in the field of human rights (a European law similar to  Magnitsky Act), which makes it possible to apply sanctions to individuals and companies, involved in gross violations of human rights, paying particular attention to the situation in the temporarily occupied territories of Ukraine, and sanctions against persons responsible for other crimes, including corruption. The European Parliament invited Ukraine to follow this example and present its Ukrainian version.

The following (indicative) indicators are proposed for determining responsibility in the measurement of sanctions policy, which should be applied in their totality. To calculate the indicators for a specific person, one of the options is selected, and in the conditions of the possibility of choosing several options, one is simultaneously selected that provides the greater number of points. The scores of indicators from 1 to 9 are added up arithmetically and the scores of indicators from 10 to 12 are subtracted from the resulting number.

1.1. Citizen of Ukraine (regardless of other documents) (5)

2. Legality of stay in Crimea

2.1.Criminal stay (arrival of foreigners in Crimea with the assistance of the Russian authorities, in compliance with its instructions or orders) (5)

2.2.Illegal stay (initiative arrival of foreigners in Crimea contrary to the laws of Ukraine) (4)

2.3.  Stay with violations (citizens of Ukraine who arrived in Crimea hiding from law enforcement agencies or from responsibility for separatism) (2)

3.1. An oath was given by  a serviceman (except for military service and reserve)  (10)

3.4.  Other public commitment was given (local self-government, notaries, lawyers) (2)

3.5. Person has no special obligations to Ukraine (0)

4. Termination of obligations to Ukraine

4.2.  Person has terminated his/her obligations (passed the procedure of dismissal, from office) (0)

5. Status in the system of occupation power

5.2.  Militarized service in favor of the Russian Federation in punitive bodies interacting with the population (police, other punitive bodies of the Ministry of Internal Affairs, border service, FSO, FSB, penitentiary service) (19)

5.3.  Paramilitary services for the benefit of the Russian Federation, interacting with the population (18)

5.4.  Other service in favor of the Russian Federation in punitive bodies interacting with the population (investigative committee and prosecutor’s office) (17)

5.6.  Public service in the federal and “regional” authorities of the Russian Federation (16)

5.11.  Managers and responsible officials of enterprises, institutions, organizations, in particular in the fields of production, transport, communications, education, science, culture, media, which are formally or de facto under the control of the occupying authorities (8)

5.12.  Managers and responsible officials of enterprises, institutions, organizations, associations of citizens who are not under the control of the occupiers, but constantly or periodically perform the functions of servicing or ensuring the activities of the occupying authorities (6)

6. Attitude to the tasks of the occupying power

6.1.  Initiative performance of tasks of the occupying power in its interests, using “official opportunities” (10)

6.2.  Execution of tasks of the occupying power within the framework of “official obligations” (0)

7. Negative consequences of cooperation with the occupiers 30

7.1.  Committing international crimes (seizure of private property, conscription of Crimeans, deportation of Crimeans from Crimea, application of Russian laws, which grossly violated human rights, participation in aggression against Ukraine, its preparation and provision) (30)

7.6.  No significant negative consequences of cooperation with the occupiers were revealed (0)

8. Duration of cooperation with the occupiers

9. Evaluation of the activities of the person by the occupiers

9.3.  Public positive mentioning of a person in the media controlled by the occupiers (6)

9.4.  Encouragement of a person in material or disciplinary order (4)

9.5.  Promotion of a person on “service” with the consent of the occupiers (except automatic) (2)

9.6.  No special positive assessment of the occupiers’ activities was detected (0)

10. Positive needs for cooperation with the occupiers

10.2.  Providing other needs of the population (primary and secondary education, library and museum affairs, local transport, functioning of the Internet, charity, animal rescue) (10)

10.3.  No significant positive consequences of cooperation with the occupiers were found (0)

11. Grounds for termination of cooperation with the occupiers

11.1.  Termination at the initiative of the occupiers due to disloyalty (10)

11.3.  Termination at the initiative of the occupiers due to unsuitability or “violation” (0)

11.4.  Termination due to external circumstances (0)

12.1.  Sabotage of actions contrary to public interests or human rights (20)

The methodology and test were developed with the support of the International Renaissance Foundation within the framework of the project Public diplomacy as an instrument for  the protection of human rights in conditions of occupation.