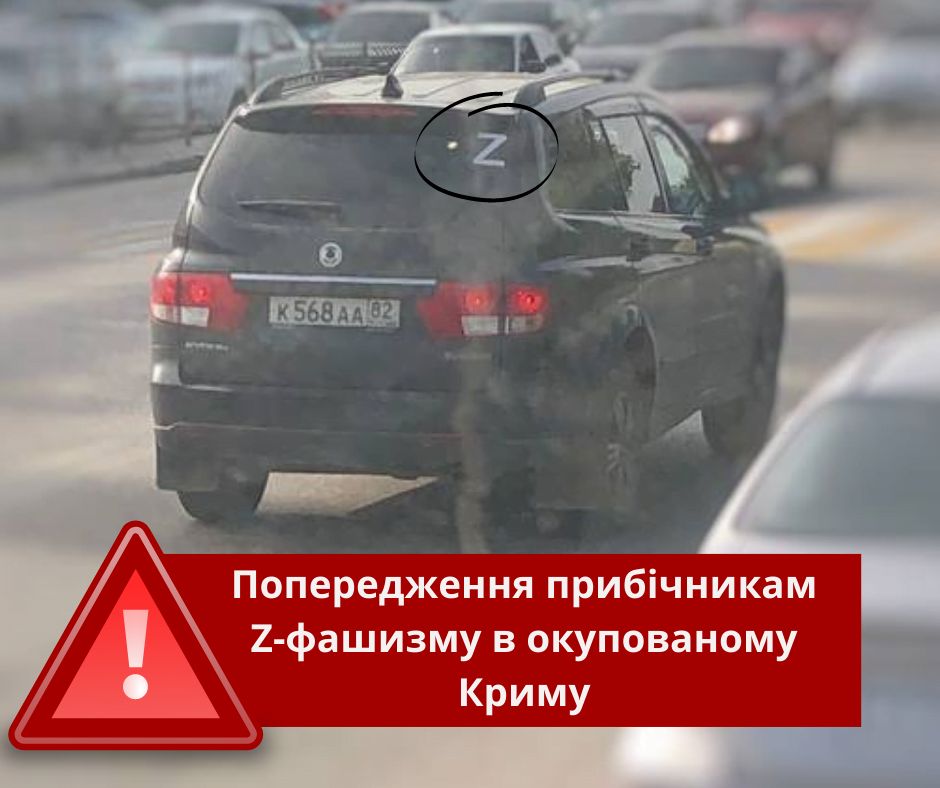 The Crimean Tatar Resource Center warns a resident of the occupied Crimea, the owner of a Ssangyong kyron car, state number – K568AA 82, Stepan, by sticking the letter Z on your vehicle, you support fascism and become an accomplice in a crime against humanity.

Friends, if you come across cars with the Z symbol in the occupied Crimea, please send us photos to record such crimes, as well as warn friends and relatives. (Signal – 380673437454)