Warning to persons involved in illegal mobilization in Yalta 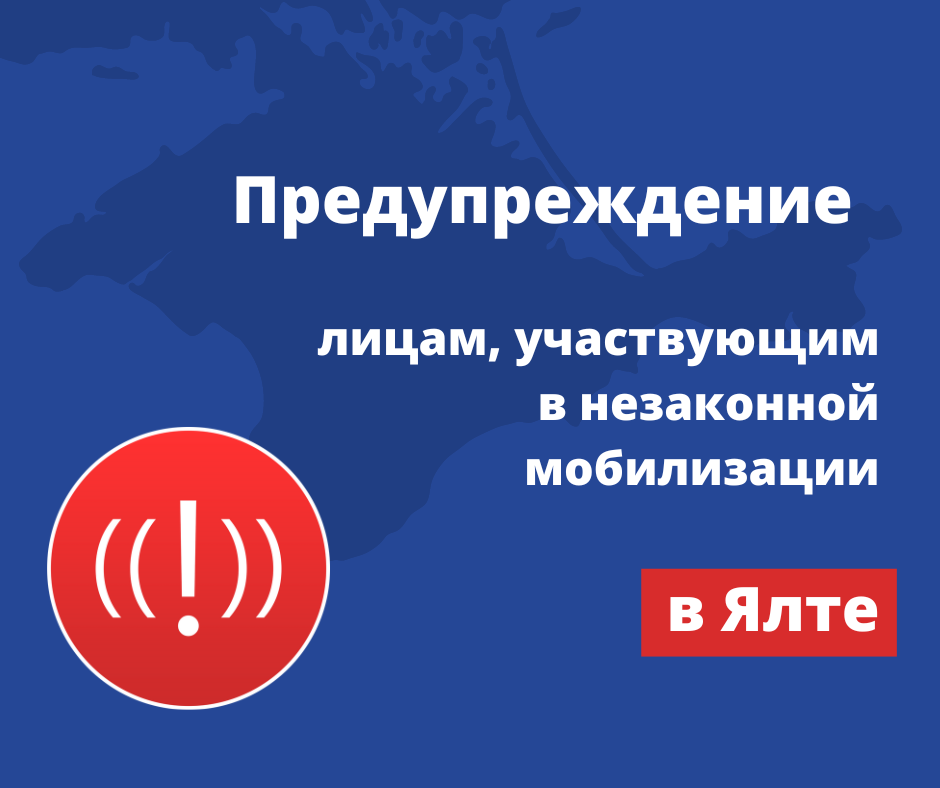 The Crimean Tatar Resource Center warns everyone who distributes summonses, draws up lists, is on the draft boards, conducts medical reports and other actions related to illegal mobilization. By doing so, you are signing your own sentence!

The CTRC warns the entire staff of the draft commission for the mobilization of citizens in Yalta:

Pavlenko Yanina – chairman of the draft board;

Matveev Andrey – deputy chairman of the draft board;

Berezhnaya Anna – secretary of the draft board;

Buldakov Alexey – senior specialist in educational work of the group of moral and psychological support of the department for work with personnel of the department of the Ministry of Internal Affairs of the Russian Federation for the city of Yalta;

Krukovsky Igor – a doctor who directs the work of the commission for medical examination of citizens subject to conscription for military service;

Maydak Viktoria – chief specialist of the department of youth policy and educational work of the education department of the administration of the city of Yalta of the Republic of Crimea;

Oparina Tatyana – head of the department for providing services to employers of the territorial branch of the State Treasury Institution of the Republic of Crimea “Public Employment Center” in the city of Yalta.