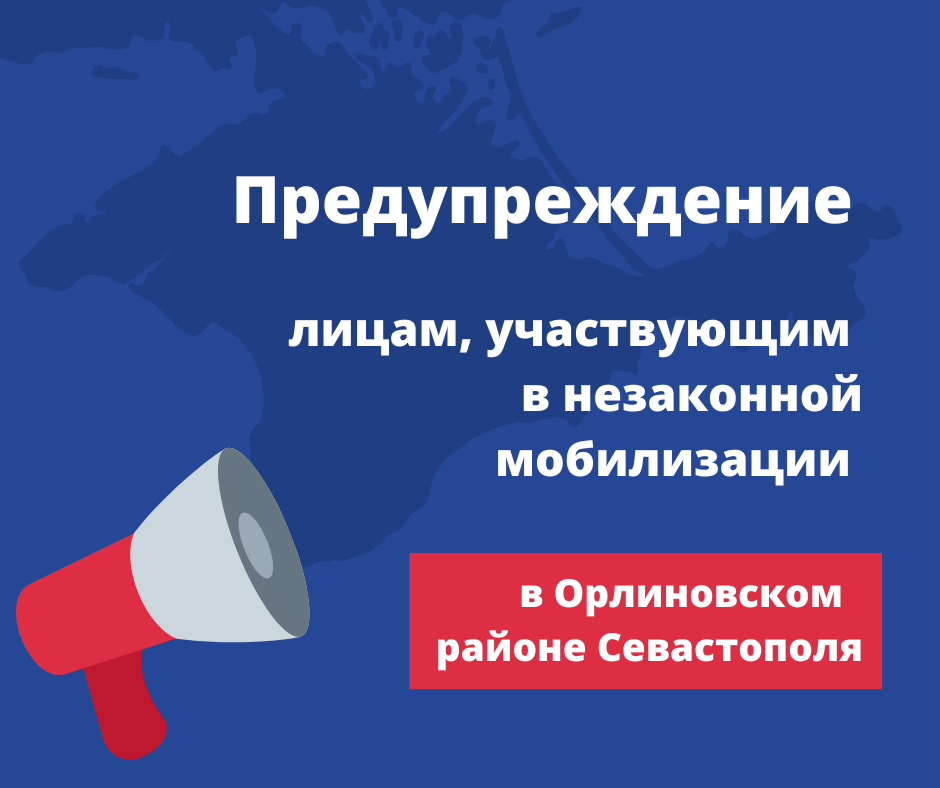 The CTRC warns the entire composition of the draft commission for the mobilization of citizens in the Orlyne district of Sevastopol:

Bogush Alexander – Chairman of the draft board;

Shalimova Anna – military commissar of the Gagarinsky and Balaklavsky districts of the city of Sevastopol;

Malinevskaya Yulia – secretary of the draft board;

Frolov Igor – a member of the headquarters of the regional branch of the All-Russian youth – military-patriotic public – movement Youtharmy in Sevastopol.