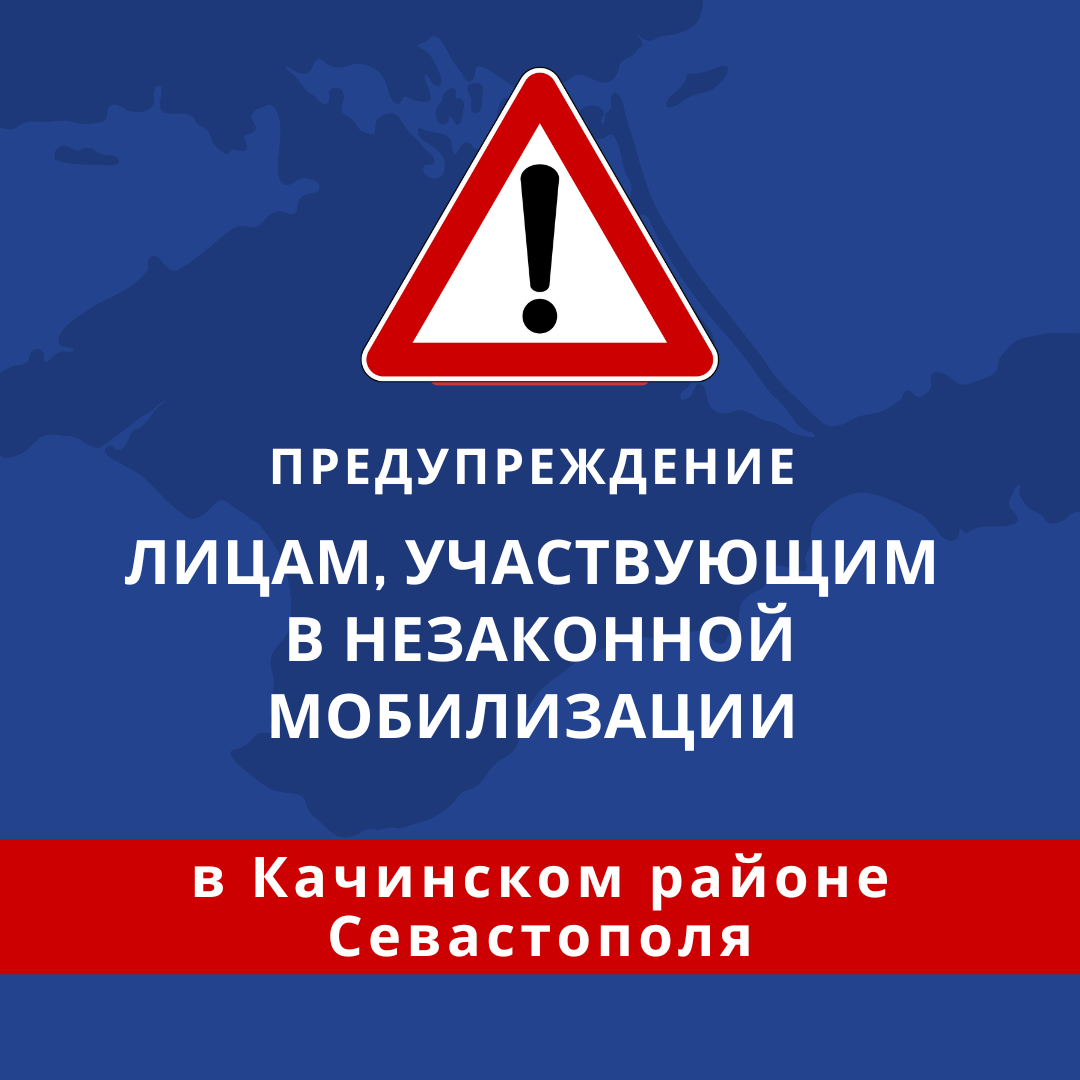 The CTRC warns the entire composition of the draft commission for the mobilization of citizens in the Kacha district of Sevastopol:

Gerasim Nikolai – Chairman of the draft board;

Elchaninov Vadim – Deputy Chairman of the draft board;

Churkina Elvira – secretary of the draft board;

Nagovsky Boris – a doctor who supervises the examination of citizens subject to conscription for military service;

Tutenko Vasily – consultant of the integrated security department of the Department of Education and Science of the city of Sevastopol;

Shiryaev Nikolai – a member of the headquarters of the regional branch of the movement “UNARMIA” in Sevastopol;