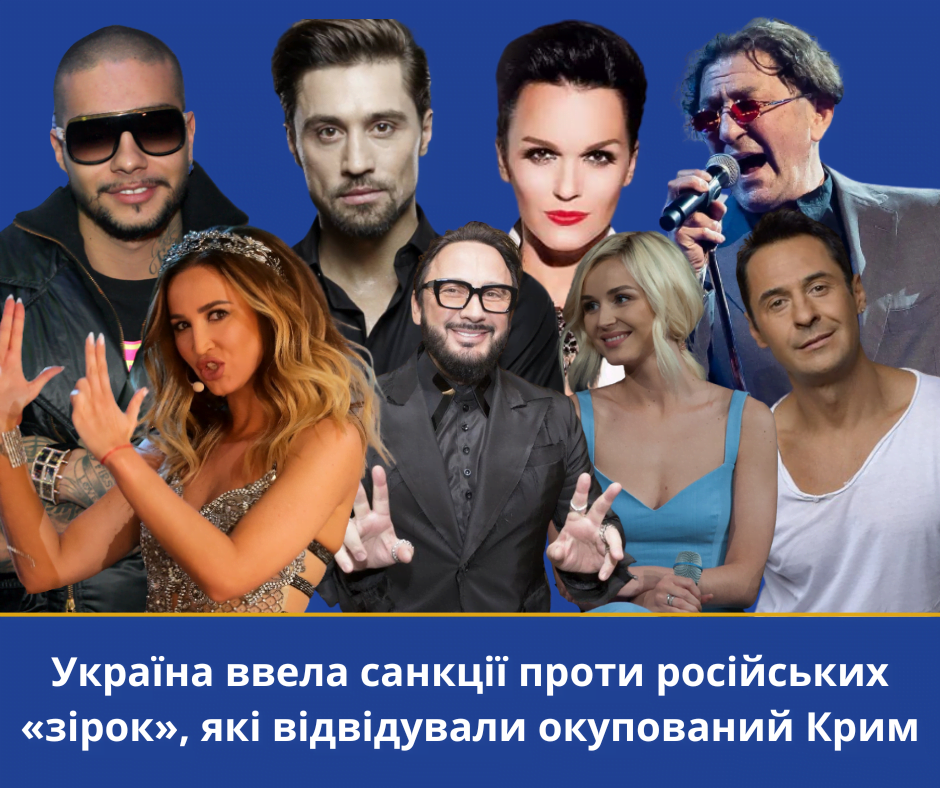 President Volodymyr Zelenskyy signed a decree enacting the decision of the National Security and Defense Council on sanctions against Russian celebrities, against whom the CTRC demanded sanctions be applied back in December 2021.

These individuals support Russian aggression and have been repeatedly seen visiting the temporarily occupied Autonomous Republic of Crimea and the city of Sevastopol.

Despite the fact that most of the aforementioned individuals from the list of the CTRC are not yet under sanctions, the International Working Group on Sanctions Against Russia has prepared a draft document with recommendations to impose sanctions on Russian performers, artists, hosts, most of which are included in the list of the CTRC submitted for consideration by the competent . authorities in December 2021