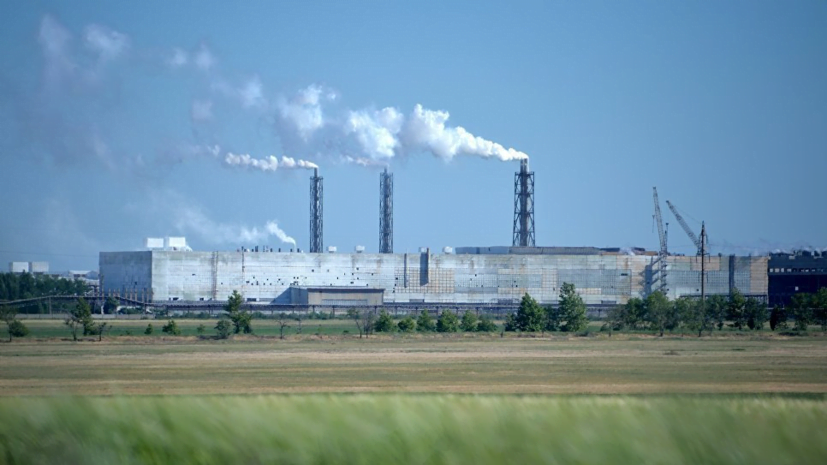 According to the Center for National Resistance, the reason for deploying such troops at the enterprise is unclear. This can be both training and the requirement of the command of the occupiers. In this regard, the citizens of Armiansk urged to temporarily refrain from being outdoors.

It should be noted that the deployment of the military at the chemical industry facilities is a violation of the norms of international humanitarian law.

What can the deployment of military equipment at the Titan plant lead to and what problems can arise?

An expert of the Crimean Tatar Resource Center Serhii Voloshyn noted that in Ukrainian times, the Titan could destroy and process / store such hazardous chemicals as lead, sulfuric acid, ammonia, caustic sodium, hydrochloric acid, phosphoric acid, vanadium catalyst. The danger was also represented by the waste of chemical production, which was stored in special places (acid accumulator, phosphohypstorage, cinder accumulator, dry phosphogypsum dump). There were no radioactive hazardous substances at the enterprise in Ukrainian times.

In addition, the enterprise operated an on-site emergency rescue service of up to 70 people, whose tasks included extinguishing fires and fires, gas rescue and rescue operations in the elimination of emergencies and their consequences of man-made and natural nature at PJSC Crimean TITAN.

“If we talk about the presence of “military equipment and radiation troops. It should be noted that the infrastructure of the enterprise and accordingly trained personnel, under the existing regime of secrecy, is the most convenient place for finding just this kind of troops and equipment. As well as military equipment in general. I think there is no other place like this in the south of Ukraine”,- he explained.

Voloshyn added that, in addition to the motives of infrastructural convenience, they can be stationed there for security reasons – hiding behind dangerous production and the belief that the Ukrainian military will not strike at chemically hazardous production.

“In addition, this is the most logistically justified and expedient deployment of radiation and chemical protection troops in the event of a provocation/incident at the Zaporizhzhia NPP. Or an incident with nuclear weapons that could be deployed in Crimea or used on the adjacent front line. Summing up, I can note that the deployment of the mentioned troops and equipment in a chemically hazardous production facility (Titan) is a violation of international standards, however, in my opinion, it does not pose a direct threat associated with the chemicals located there. Only if the Russians brought something especially dangerous there”,- the expert emphasized.