Presidents of Ukraine, Poland and Lithuania signed a joint declaration 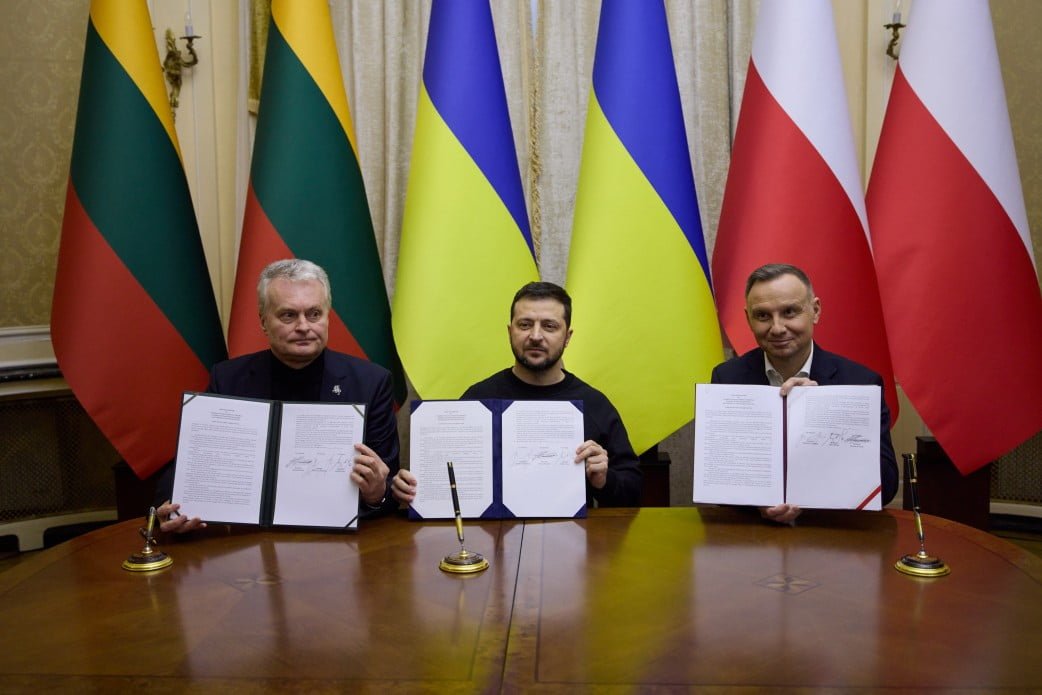 It is noted that the countries of the Lublin Triangle confirm their intention to cooperate at the trilateral, European and international levels on the issue of de-occupation of the territories of Ukraine temporarily occupied by Russia, in particular, using the mechanism of the Crimean platform.

In addition, Andrzej Duda and Gitanas Nauseda noted that their countries support Ukraine’s membership in the EU and NATO and welcome the significant progress made by Ukraine in implementing the recommendations of the European Commission.

Also, the presidents of the two countries express their readiness to hold trilateral consultations on international security guarantees for Ukraine before joining NATO on the basis of proposals initiated by Ukraine in the framework of the Kyiv Security Treaty of September 13, 2022.