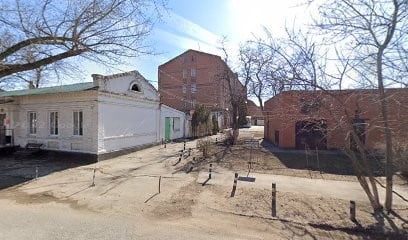 At the end of 2022, political prisoner Marlen Mustafaiev was transferred from Rostov-on-Don to the pre-trial detention center in the city of Novocherkassk, Rostov Region. He will stay there for several months while the appeal filed by his lawyer Yekaterina Boyko will be considered.

As it became known to the Crimean Tatar Resource Center, the conditions of detention in the Novocherkassk pre-trial detention center are worse than they were in Rostov-on-Don: the number of prisoners in the cell is larger, the wooden floor is rotten and falling through, mold and fungus bloom profusely on the walls of the cell, sometimes there is no cold water.

We remind you that the occupational law enforcement agencies groundlessly detained the Crimean Tatar activist Marlen Mustafaiev in Crimea on February 9, 2022. During the search, Russian law enforcers stole the Ukrainian documents of Marlen’s wife and subsequently denied their existence at all.

On November 30, 2022, the Southern District Military Court sentenced Marlen Mustafaiev to 17 years in colony, the first 3 of which he will spend in prison. According to the investigation Marlen is guilty of violating Part 1 of Art. 205.5 of the Criminal Code of the Russian Federation. All the so-called evidence in the case was fabricated by Russian law enforcement officers, who, for example, refused to allow the defense to take samples of Marlen Mustafaiev’s voice for a phonoscopic examination, but added to the case file the results of an examination of audio recordings, in which, allegedly, the voice of Marlen Mustafaiev was identified.

The Crimean Tatar Resource Center condemns political repressions against representatives of the indigenous people of Ukraine and all other political prisoners, and also demands the immediate release of all those illegally detained in the temporarily occupied territories!