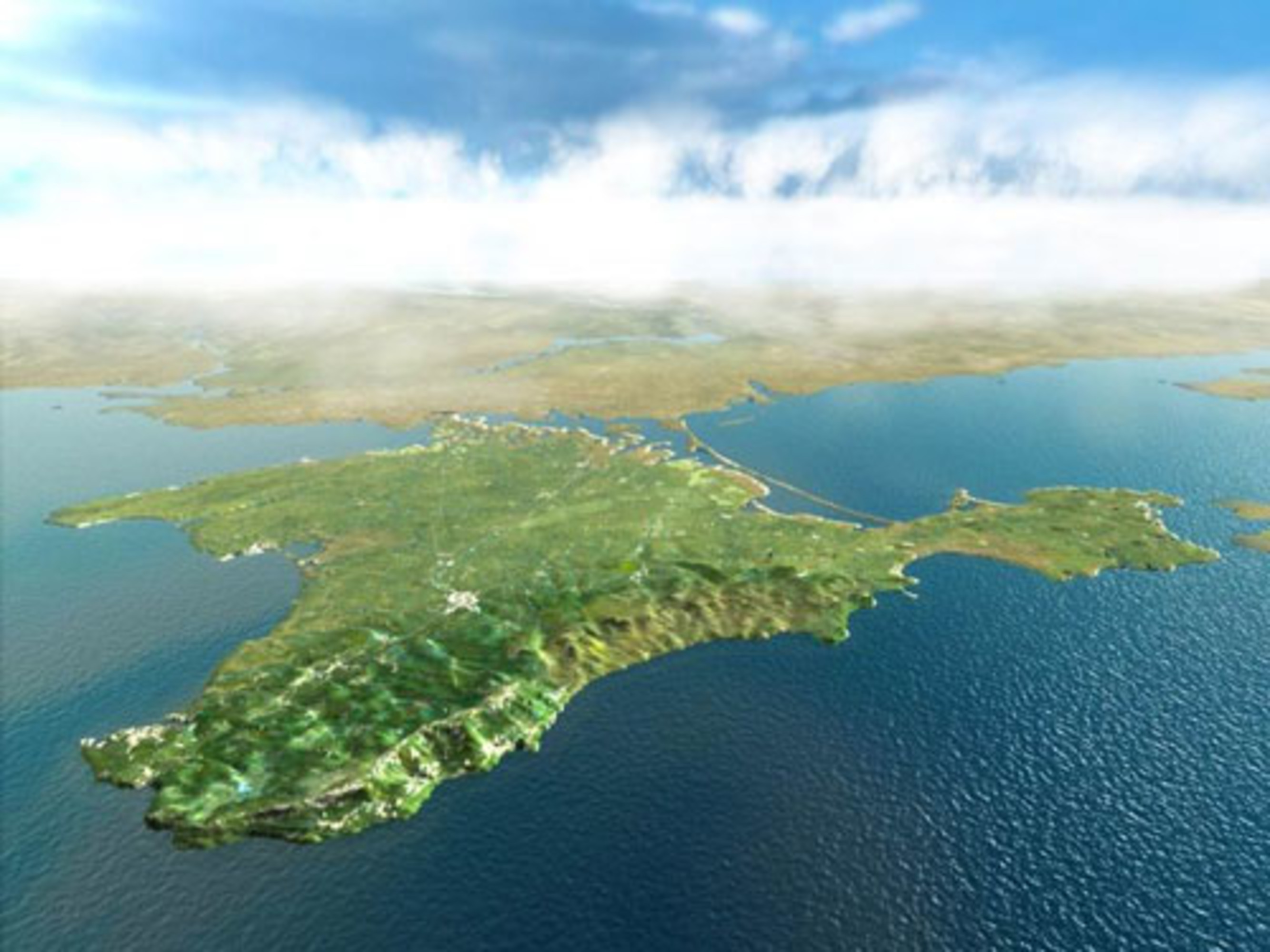 The climatic conditions of Crimea are semiarid; therefore, alternative sources of fresh water are needed. A significant increase in water use and consumption (due to the intensification of construction, industry, tourism, and militarization), along with the cessation of fresh water supplies from mainland Ukraine, has reduced the water levels in some reservoirs to critical levels, and climate change has exacerbated this situation. There has been a significant decrease in precipitation by 10–15% on the Crimean Peninsula, accompanied by an increase in surface temperature by 0.8 ± 0.1°C per 10 years during the period 1991–2020. The analysis of satellite-driven drought severity index reveals that the vast area of Crimean steppe is exposed to moderate–high drought risk. According to Landsat satellite imagery, there is a decreasing tendency for the water mirror area of all reservoirs, with a decrease of 34% on average in 2021 compared to 2015. The retrospective analysis of satellite images for 2015–2021 showed that the water surface area of the Simferopol reservoir had decreased on average by ~20% compared to 2015. To solve the problems associated with the shortage of fresh water, a series of works on the active influences on atmospheric processes was conducted, aimed at providing additional artificial precipitation. Two situations were considered, with mixed results: In the first case, on the 30th of October 2016, wet soil and standing water areas were detected by radar satellite imagery in agricultural fields within a radius of 40 km of the village of Petrovka, Krasnogvardiiskyi district, potentially related to the induction of precipitation by active influences on atmosphere. Meanwhile, in the second case, the realization of atmospheric precipitation occurred over Simferopol on the 29–30th of September 2020, leading to flooding in the city, but an increase in the water surface area of the Simferopol reservoir after active influences was not recorded.

Go to the results.