The Crimean Tatar Resource Center has sent to the Office of the UN High Commissioner for Human Rights a report on the influence of the irrational policy of the Russian occupation authorities on the water balance of Crimea. The document, in addition to the described numerous facts of violation of the water balance of the peninsula by the occupants, notes that in accordance with the Convention for the Protection of Civilian Population in Time of War of August 12, 1949, the provision of water to the population of the peninsula is fully related to the obligations of the occupying state - the Russian Federation. 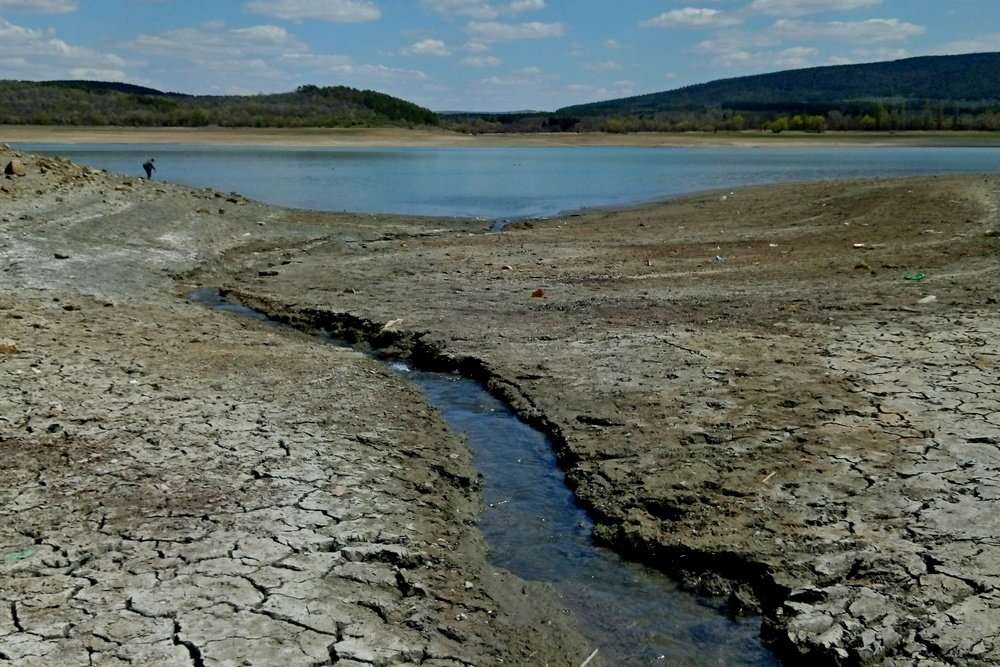 In the report, the CTRC informed the UN High Commissioner for Human Rights about the state and characteristics of the water balance of Crimea before and after the occupation, about the amount of water resources and the needs of the population of the peninsula.

«Trying to reach an agreement, the Russian authorities used the following methods: blackmail, pressure, attempts to bribe officials, and also threatened with an escalation of Russian aggression with the subsequent seizure of part of the Kherson region and the establishment of full control by the Russian Federation over the North Crimean Canal», - the report says.

It also says that during the period of the continuing temporary occupation of Crimea by the Russian Federation, the population of Crimea, including Sevastopol, was unlawfully increased from 2.5 million to at least 3.5 million people, including through the formation of numerous military units, security forces, and the mass resettlement of officials, as well as assistance to the proactive resettlement of Russian citizens to Crimea from disadvantaged regions of Russia.

“This demographic policy is a gross violation of the requirements of the IV Geneva Convention, and at the same time it does not take into account the limited water supply in Crimea”-CTRC notes.

In addition, human rights defenders informed the UN about regular large-scale military exercises on the territory of the peninsula, which require the use of additional water resources, building  and commissioning numerous multi-storey housing stock, launching of new production facilities, on the destruction and quarrying of construction materials in the northern part of the Crimean mountain range, etc.

The report notes that because of militarization, irrational economic and demographic policy of the occupation authorities  negatively affected the water balance of Crimea. The Russian Federation bears full responsibility for the Crimean water balance crisis.

In accordance with the Convention for the Protection of Civilian Population in Time of War dated of August 12, 1949, the provision of water to the population of the temporarily occupied Crimea is fully related to the obligations of the occupying state - the Russian Federation. 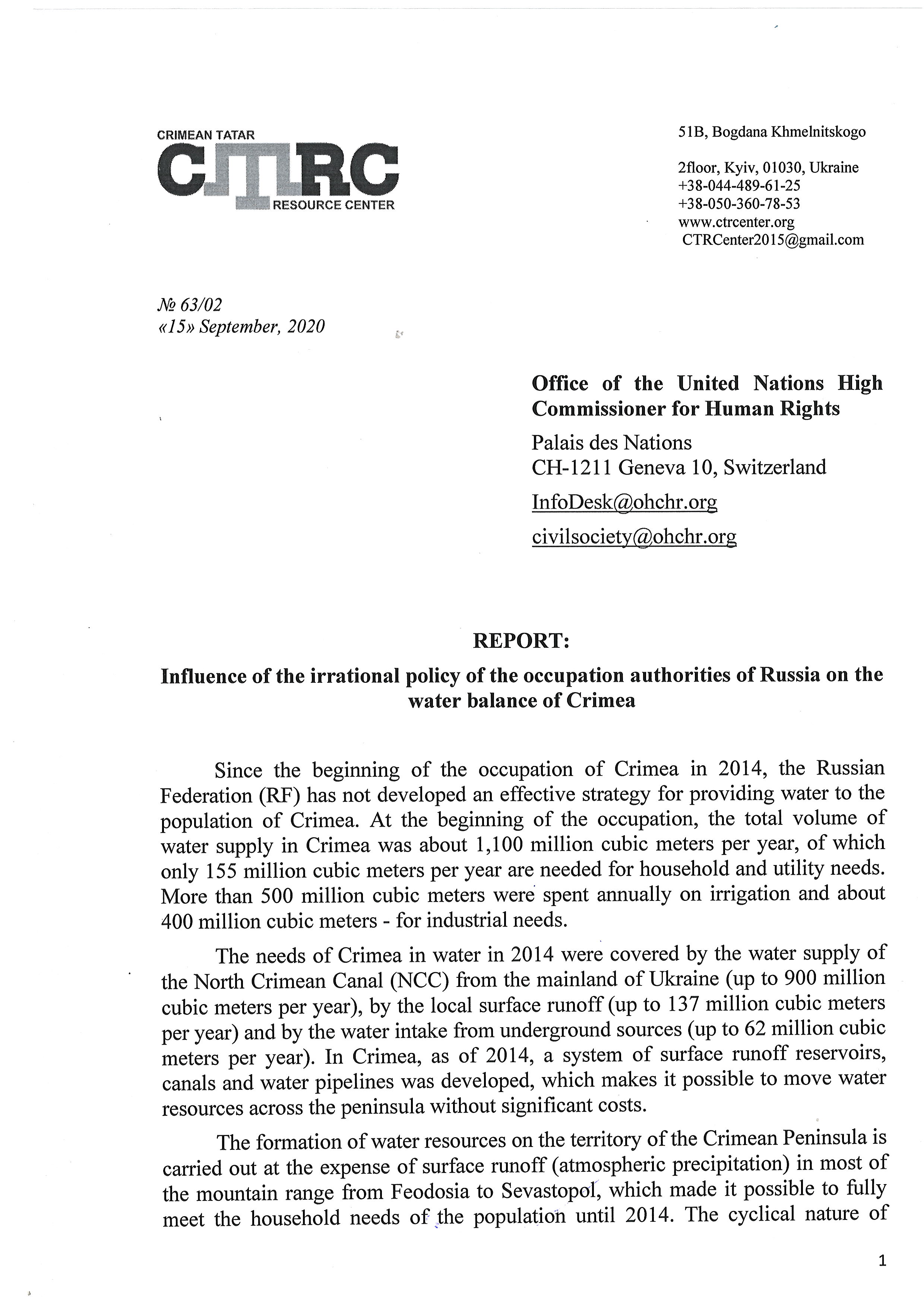 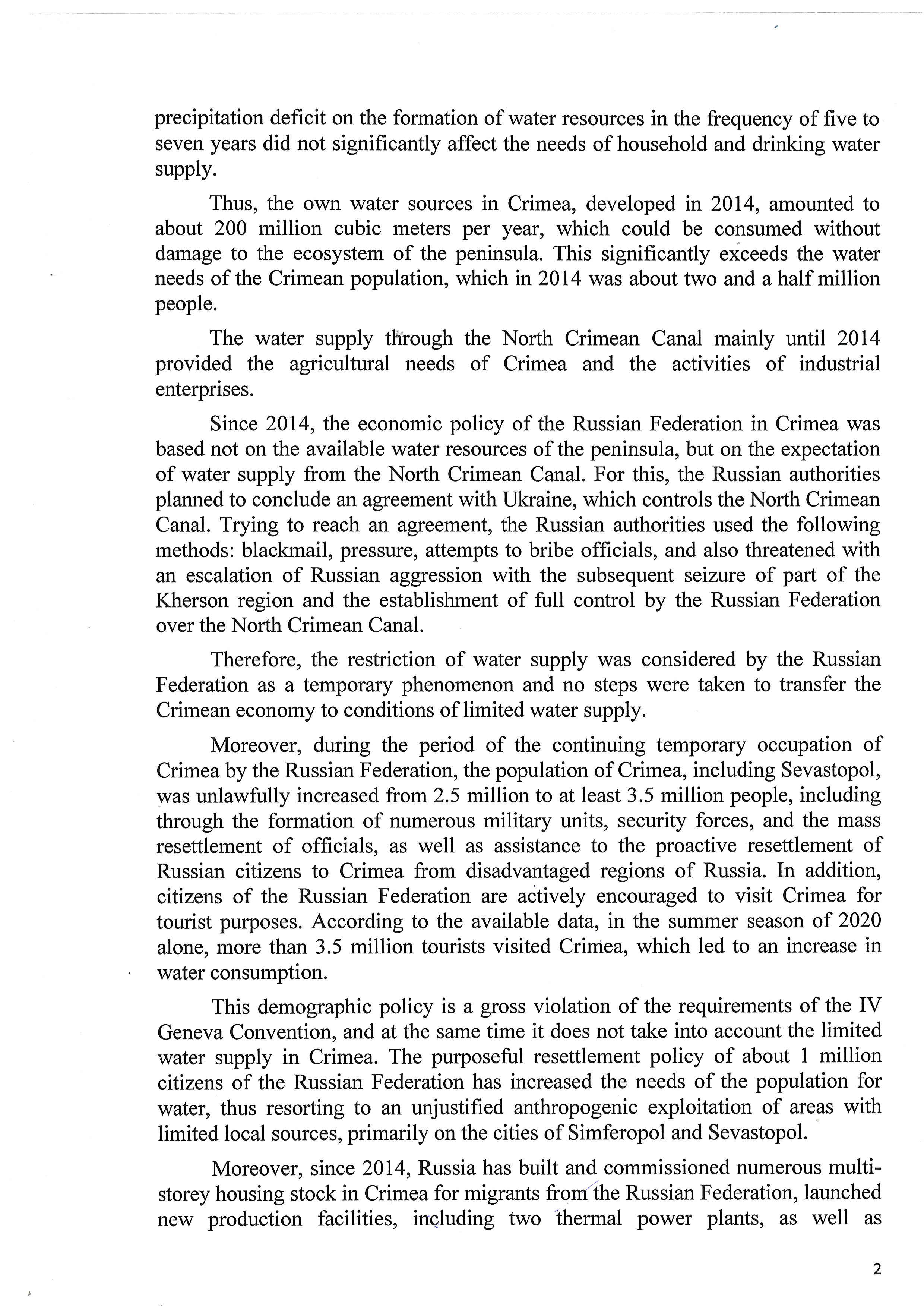 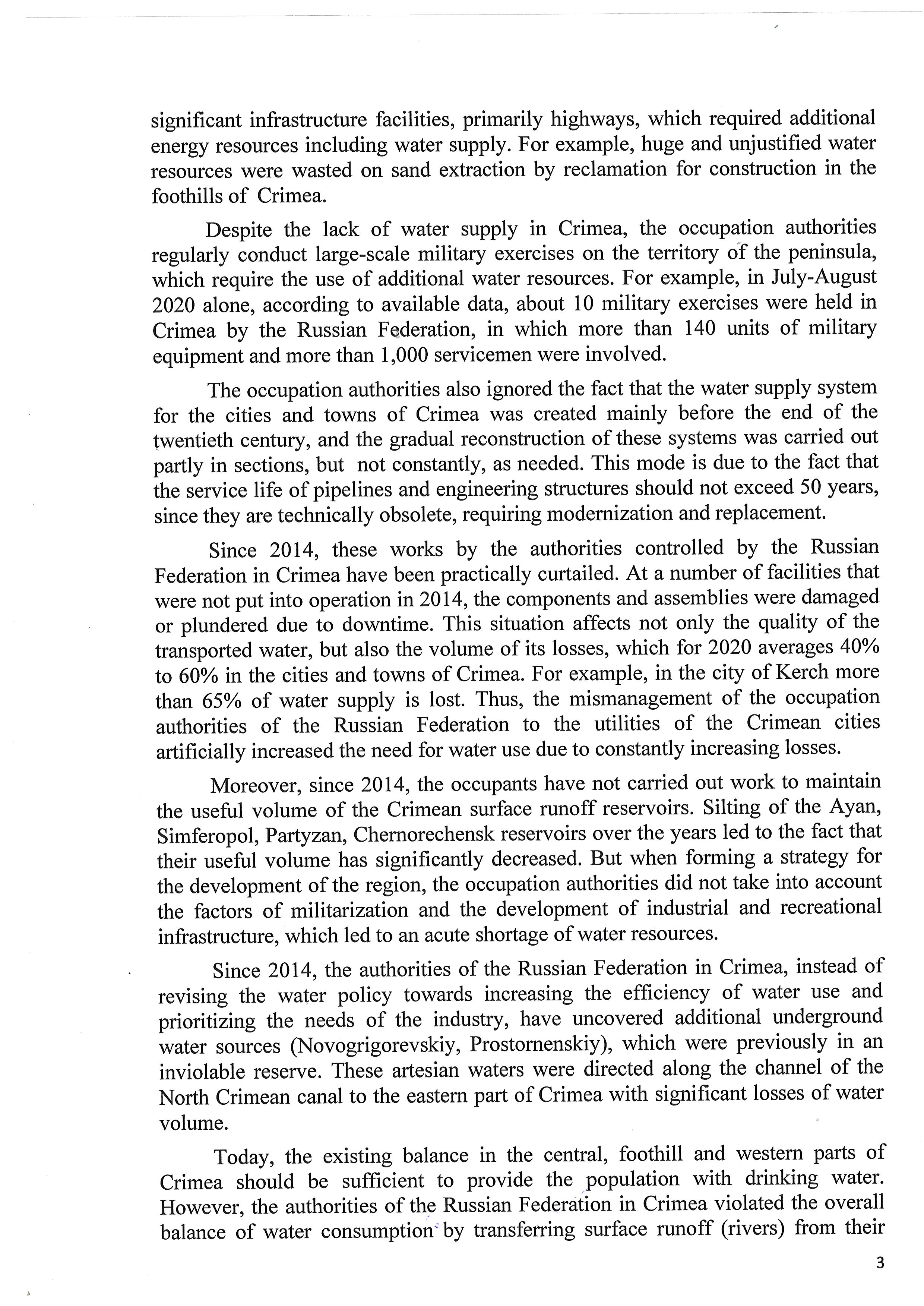 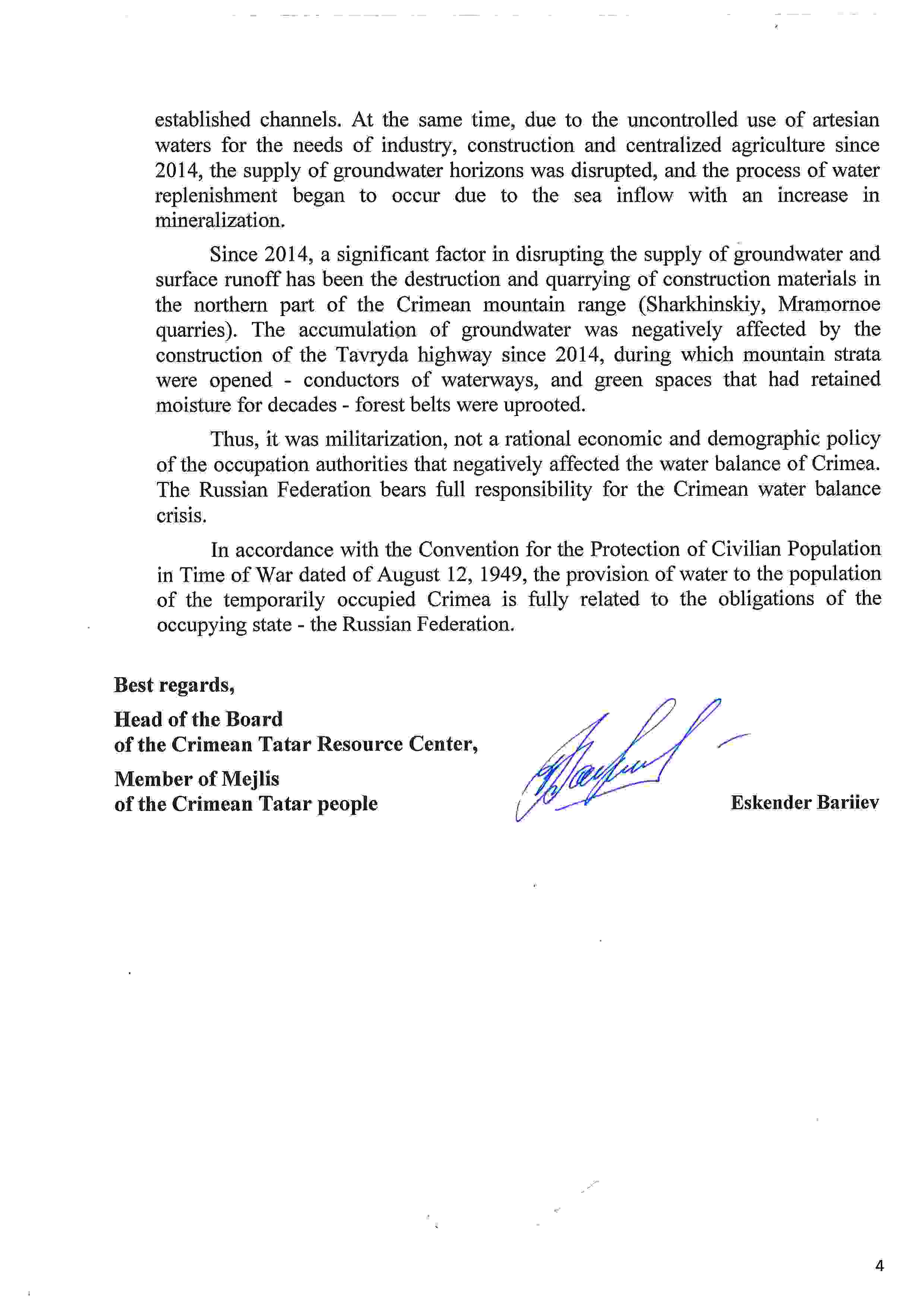