Home / News / News / NATO in the media of the occupied Crimea: A group of NATO military will soon leave for Ukraine

NATO in the media of the occupied Crimea: A group of NATO military will soon leave for Ukraine 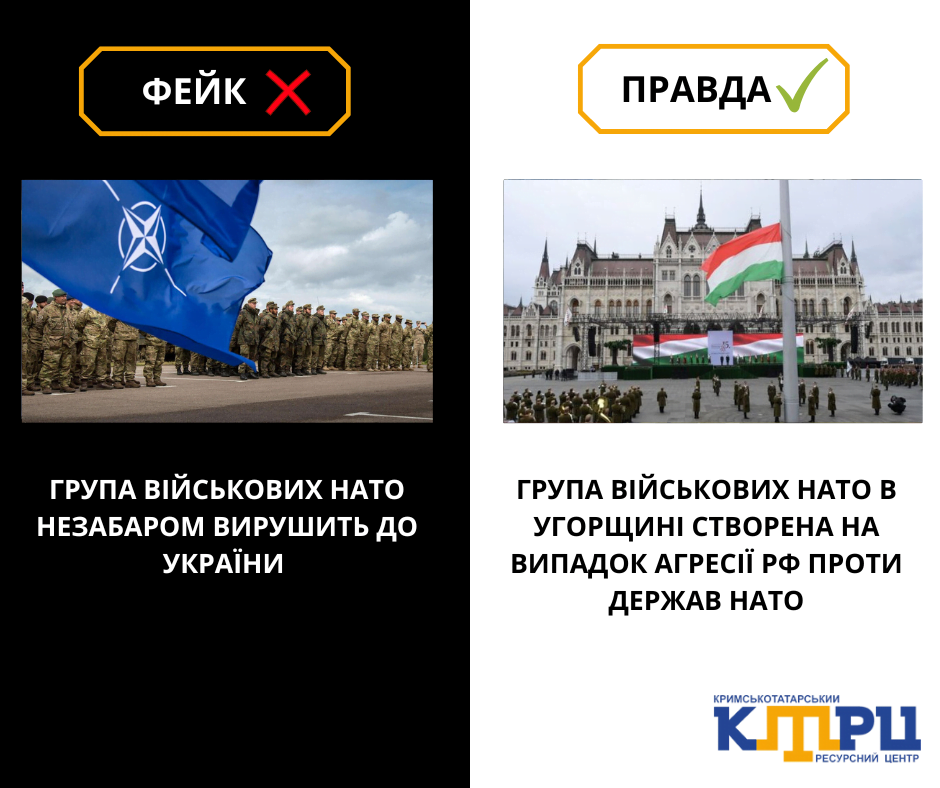 “A NATO military group will soon leave for Ukraine” is the headline of the news published by the occupation telegram channel Zarya|Novosti, Russia, Crimea, Sevastopol.

The telegram channel refers to the statement of Hungarian Defense Minister Krysztof Salay-Bobrovnicki, although the statement itself literally says something completely different. The Minister said that “NATO’s multinational battle group, created in Hungary due to the military conflict in Ukraine, has reached full operational readiness.”

In this statement, there was not a word about sending a NATO battle group to Ukraine! Mr. Krysztof explained that the group was created in case of Russian aggression against NATO states, because the Alliance is not a party to the conflict in the Russian-Ukrainian war.

We would like to add that this propaganda telegram channel pathetically declares itself as follows: “We only give facts, without ideological or political overtones and without personal predilections. You draw your own conclusions. We are for real journalism!” The conclusions really suggest themselves.

We remind you that the Crimean Tatar Resource Center continues the column NATO in the media of the occupied Crimea, aimed at tracking fake information in the temporarily occupied Crimea about the values, goals and current activities of NATO and refuting this information.