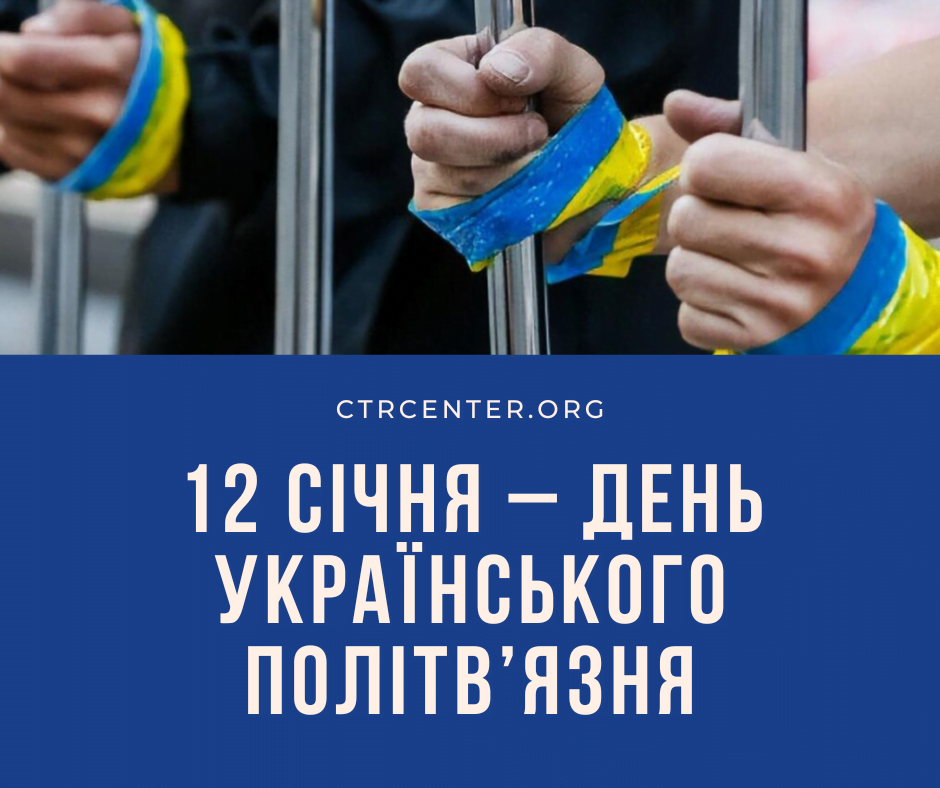 The Day of the Ukrainian Political Prisoner has been celebrated in Ukraine since 1975 at the initiative of the politician and dissident Viacheslav Chornovil. This day was established in order to resist the repression and cruelty of the Soviet regime. Then hundreds of activists paid the price for their civic position and received dozens of years in prison. But, unfortunately, time passes, but the situation does not change. The Russian Federation, as a true descendant of the Soviet Union, continues this practice.

After the occupation of Crimea, the Russian Federation, illegally using its legislation for political purposes, launched mass repressions on the peninsula against Crimean Tatars and pro-Ukrainian activists. Detentions and arrests of people have become a regular practice.

According to the Crimean Tatar Resource Center, for the entire period of occupation, the number of political prisoners and those prosecuted in criminal cases reached 267 in the occupied Crimea, 189 of them are representatives of the indigenous Crimean Tatar people. This category consists of 5 components depending on the status of the persecuted:

Moreover, after the start of a full-scale invasion of the Russian Federation into Ukraine, the practice of illegal detentions and arrests spread to the newly occupied territories of Ukraine, Zaporizhzhia and Kherson regions.

The Crimean Tatar Resource Center demands the immediate release of political prisoners and calls on the international community, international human rights organizations to increase pressure on the Russian Federation and the occupation authorities of Crimea in order to stop political persecution.