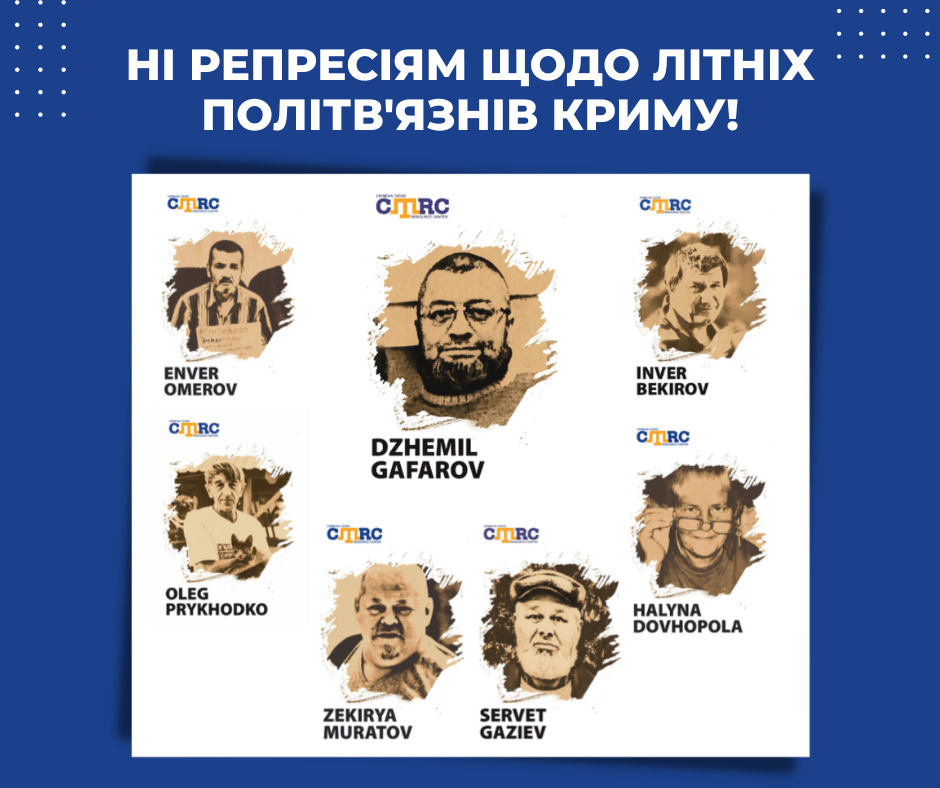 No one is spared in the occupied Crimea. People are subjected to repression, regardless of age and gender. Only today, on January 11, the Southern District Military Court in Rostov-on-Don announced the verdict of Servet Gaziev and Dzhemil Gafarov, defendants in the Hizb ut-Tahrir case, sentencing them to 13 years in prison.

According to the Crimean Tatar Resource Center, today there are 7 elderly political prisoners of Crimea in pre-trial detention centers and colonies:

Inver Bekirov, Enver Omerov, Zekirya Muratov, Halyna Dovhopola and Oleh Prykhodko have already been sentenced to 18 to 5 years in prison.

And Servet Gaziev and Dzhemil Gafarov, as already noted, were sentenced on January 11 to 13 years in prison. In addition, the elderly were not even given the opportunity to make the last word in court in their native Crimean Tatar language.

The CTRC notes that, given the age of these political prisoners, such terms can be fatal for them. In addition, one should take into account the fact that each of the political prisoners has serious and chronic diseases, especially manifested due to inadequate conditions in pre-trial detention centers and prisons, systematic ignorance of complaints by law enforcement agencies, as well as inadequate and untimely medical care.

According to the Standard Minimum Rules for the Treatment of Prisoners, they are all entitled to regular medical care, which of course they do not receive. And huge terms in colonies and prisons for elderly people with health problems are a separate form of torture.