The Crimean Tatar Resource Center presents an analysis of human rights violations in the occupied Crimea for the first half of 2022. According to the organization, during the reporting period, the Russian security forces conducted 15 searches, 79 arrests/holds and 93 interrogations, interviews and conversations. The total number of arrests in the first six months of this year is 67. There were 166 cases of violation of the right to a fair trial, 19 - to the highest achievable level of physical and mental health. Also, 18 cases of transferring of political prisoners in Crimea were recorded. In addition, the analysis contains data on human rights violations in the Kherson and Zaporizhzhia regions during the full-scale war. 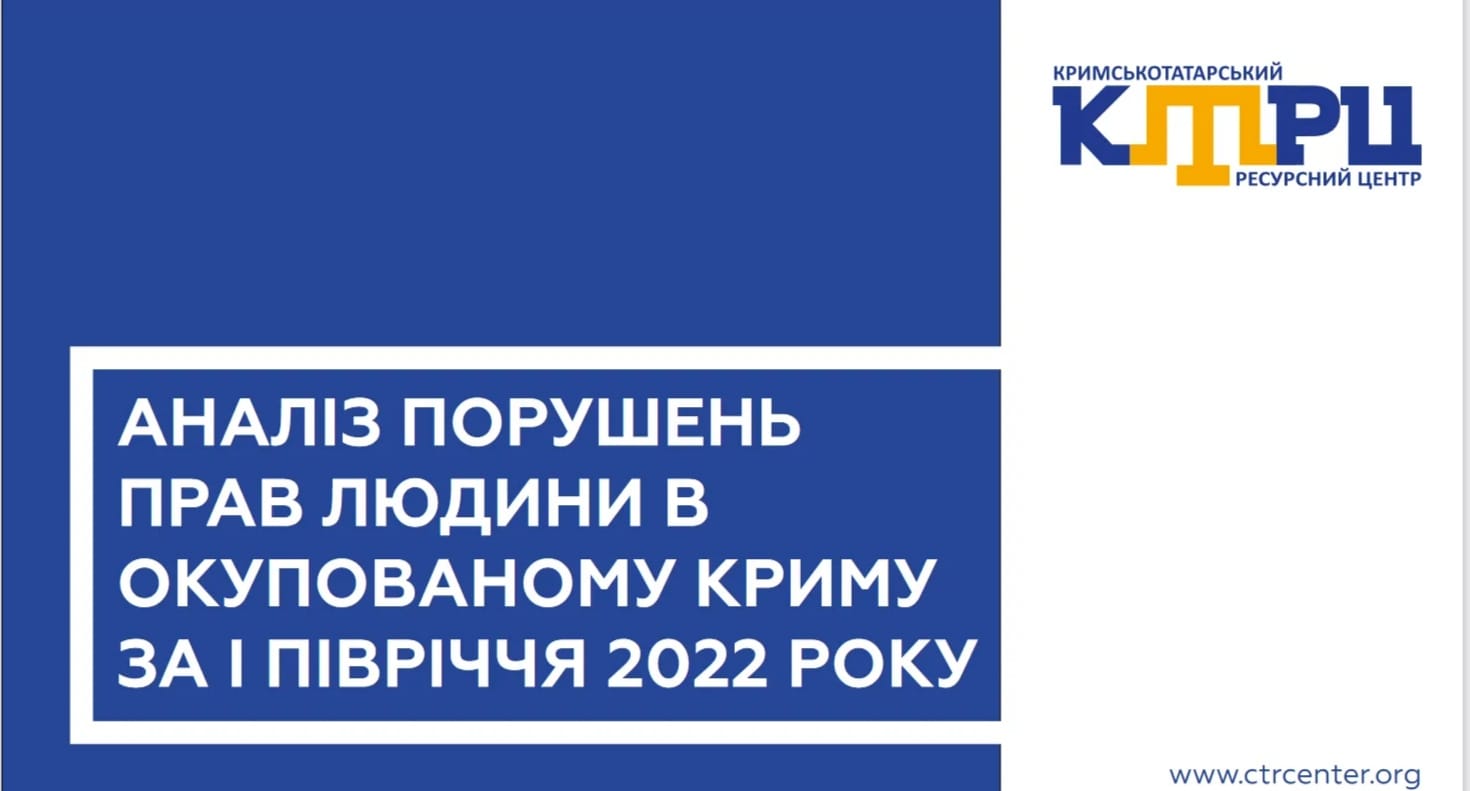