The Crimean Tatar Resource Center presents an analysis of human rights violations in the occupied Crimea over January 2021. According to the organization, during the reporting period, 3 searches, 127 arrests / detentions, 5 cases of interrogations, interviews and conversations were recorded. The total number of arrests in January is 20.8 - against representatives of the indigenous Crimean Tatar people. 42 cases of violation of the right to a fair trial were recorded. There are 9 known cases of violation of the right to the highest attainable standard of physical and mental health. Also, 13 cases of transportation of political prisoners of Crimea were recorded. 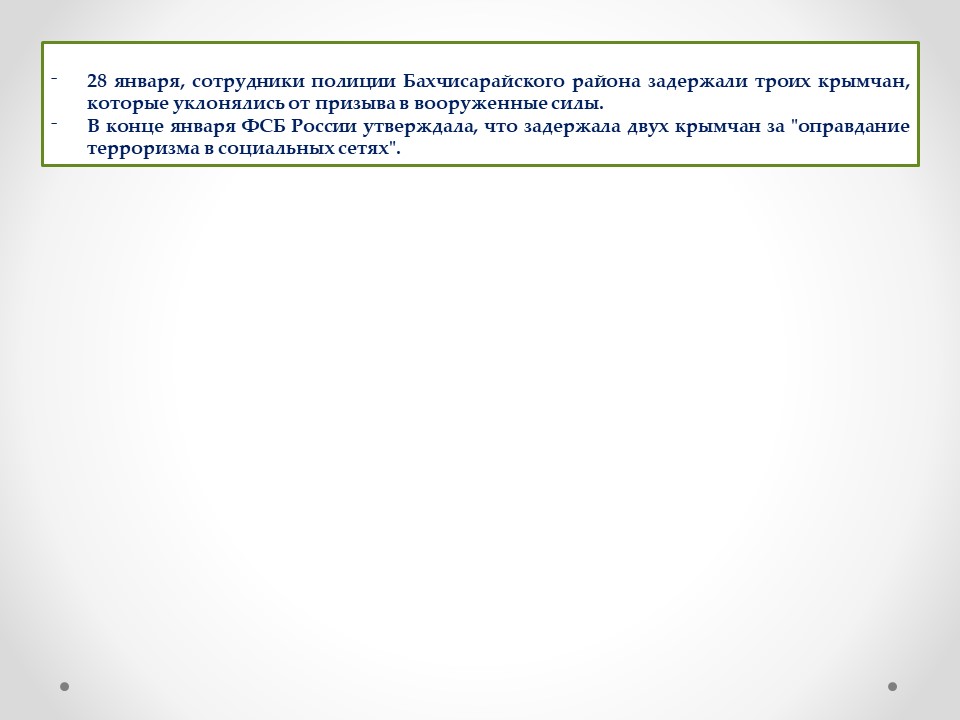 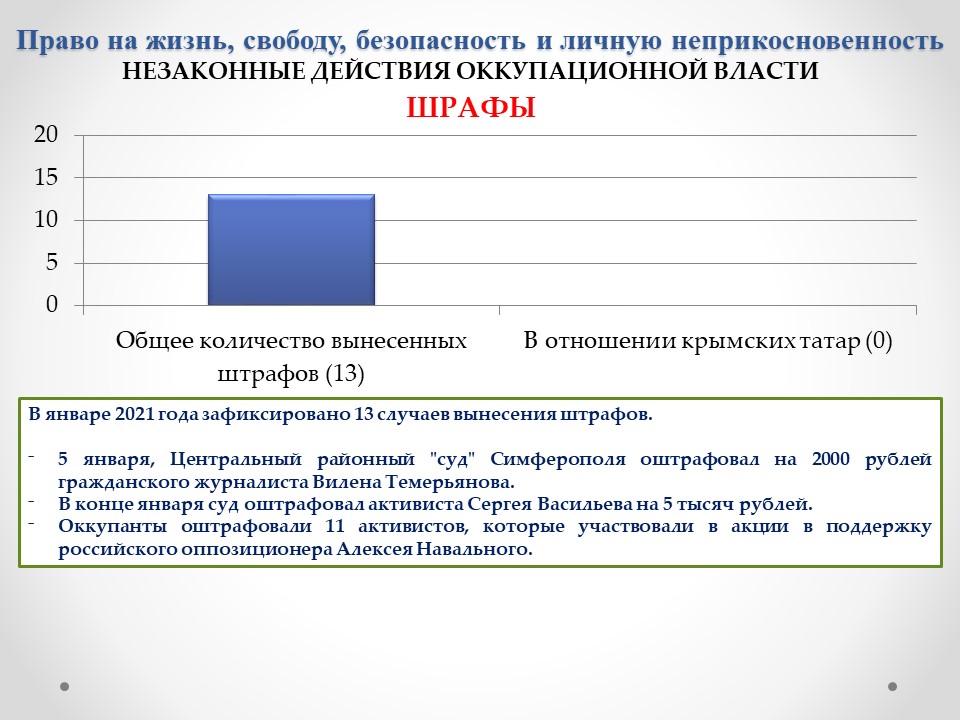 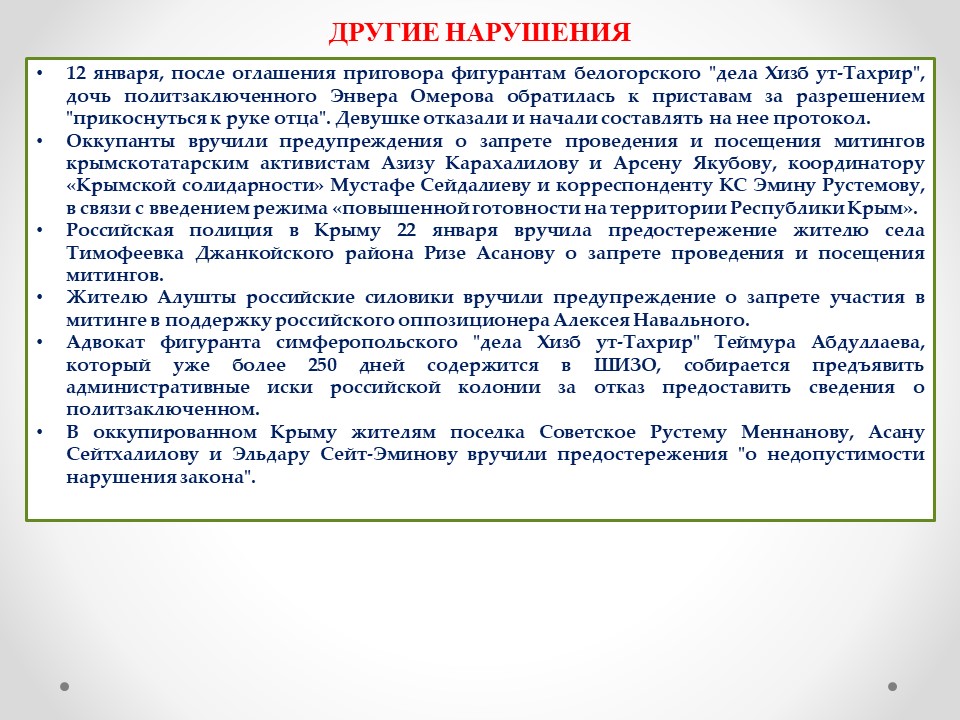