On Tuesday, August 9, the Head of the Board of the Crimean Tatar Resource Center Eskender Bariiev and the manager of the CTRC Liudmyla Korotkykh took part in an interactive round table Preserving the identity of indigenous peoples in the face of war and global challenges of the 21st century, organized by the Bohdan Khmelnytskyy Melitopol State Pedagogical University with the support of the Council of Europe. 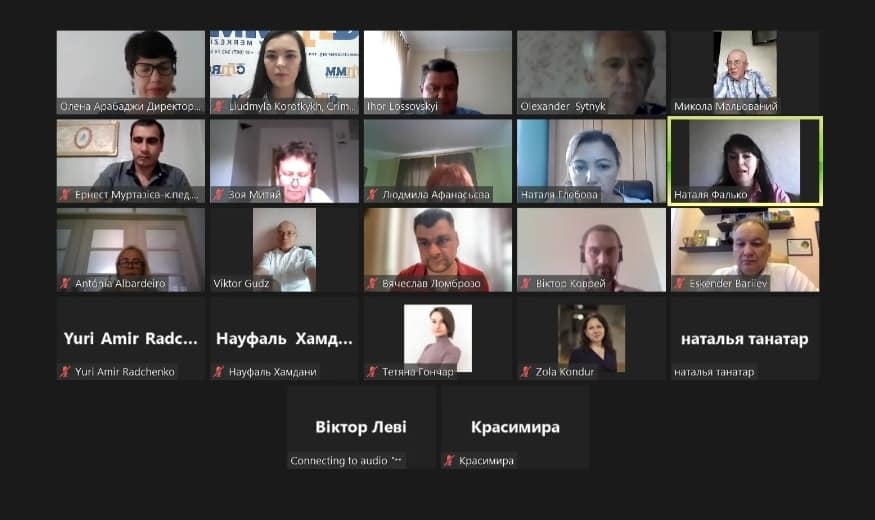 “This year, for the first time, Ukraine celebrates the International Day of the World’s Indigenous Peoples in the status of a country that can boldly say that it is trying to do everything to protect and develop the three indigenous peoples of Ukraine (Crimean Tatars, Karaites, Krymchaks), not by word, but by the letter of the law”,- said Bariiev.

He stressed that thanks to the Law of Ukraine On the Indigenous Peoples of Ukraine, Ukraine can become an example for many countries of the world, where indigenous peoples are still fighting for their right to self-determination.

“An indicator of the effectiveness of the Law of Ukraine “On the Indigenous Peoples of Ukraine” is the hysterical reaction of Russian President Vladimir Putin”,- he added.

Liudmyla Korotkykh in her speech emphasized that the untimely realization of the rights of indigenous peoples leads to international conflicts, in which Ukraine finds itself today, because from 1991 to 2014 it was unable to realize the right to self-determination of the indigenous Crimean Tatar people, which would become a significant obstacle to holding a pseudo-referendum in Crimea in 2014, with which Russia tried to legitimize the attempt to annex Crimea.

“Unfortunately, not only the indigenous peoples of Ukraine, but also many other indigenous peoples around the world suffer from international conflicts and militarization, which is why during the 15th session of the Expert Mechanism on the Rights of Indigenous Peoples, which took place in July this year, EMRIP decided to extend the deadline for accepting contributions from stakeholders as part of the study Militarization of Indigenous Lands: A Human Rights Focus”,- she added.

The Head of the Board of the CTRC noted that, despite the occupation of Melitopol, the Bohdan Khmelnytskyy Melitopol State Pedagogical University continues his activities. According to Bariiev, the institution can be called the Academic Center for the Development of Indigenous Peoples.