On Thursday, January 25, Russian law enforcers conducted searches in the house of the Crimean Tatar activist Enver Krosh in Dzhankoy and Ebazer Islyamov in the village Razlivy of Nizhnegorsk region. Both were detained and delivered to the regional police stations, and then to the “courts”. They were accused of propaganda of extremist organizations. Enver Krosh was sentenced to 10 days’ imprisonment, Ebazer Islyamov was fined 2,000 rubles. 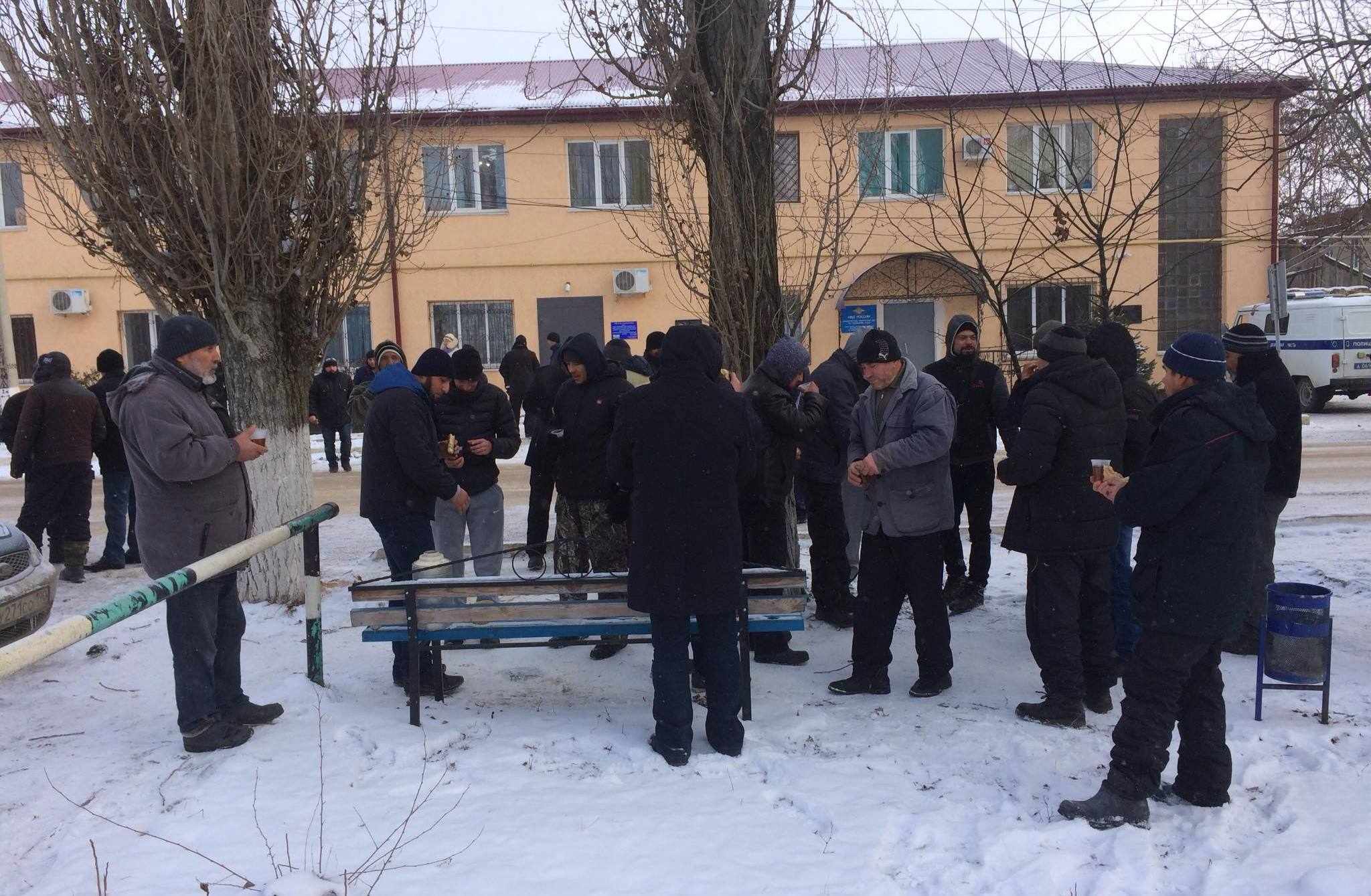 According to the information of the Crimean solidarity, Ebazer Islyamov felt ill in Nizhnyegorsk district police department and he was promptly called an ambulance.

"Doctors arrived and then by phone informed the wife of Ebazer that they had injected  him painkillers because of a severe headache. Prior to this, the  officers had been informed about the brain tumors in Ebazar's head", report the activists of the association .

Enver Krosh was taken to the police station of Dzhankoy after the search, however, the relatives of the detainee had no official information about his whereabouts for a long time. They tried to file a statement about the disappearance of a person, but they were expelled from the territory of the police department, referring to the alleged training.

"Enver Krosh's relatives made an attempt to submit a statement to the Dzhankoy district department of internal affairs  about the disappearance of Enver " … ", However, the statements were not accepted, because of the trainings taking place in the  building of the police department . The mother and Enver's brother  were forced to leave the territory of the district department of internal affairs, being threatened by 25,000 rubles fine", reported the Crimean Solidarity .

Activists, referring to the defense, inform that Enver Krosh is charged with art. 20.3 part 1 of the Administrative Code (‘propaganda or public demonstration of attributes or symbols of extremist organizations’.).

It is reported that Ebazer Islyamov became ill at the court meeting. He was called an ambulance during the break.

Enver Crosh's defense filed a number of motions: on acquaintance with the materials of the case, audio and video recording of the trial, on the provision of another  court room. The "judge" satisfied only the motion for audio fixation and allowed mother to enter the mother's hall and Enver Krosh's brother. The "Crimean Solidarity" also reports that the defense asked to withdraw from the courtroom the representative of the Centre for Countering Extremism  (Senior Operational Officer of the Centre for Countering Extremism Gorbov S.A.), since he is directly related to the materials of the case and should be brought in as a witness of the prosecution. The "judge" refused to satisfy the petition and he stayed in the courtroom throughout the whole process. In addition, the request for the invitation of seven witnesses of the prosecution  was rejected.

As a result, Enver Krosh was jailed for 10 days.

Reference: on January 23, Russian law enforcers conducted regular searches in the houses of representatives of the indigenous Crimean Tatar people in the village Novy Mir of Simferopol district, in the city of Stary Krym and Primorskoe village of Feodosiya district. As a result, Ismail Ramazanov was detained. He was charged with propaganda of extremism: dissemination of information that incited ethnic hatred and inter-religious hatred. On January 24, the Simferopol district court of Crimea jailed him for 30 days. During the meeting, he could hardly stand on his feet. At the "court" Ramazanov said that FSB officers had beaten him.