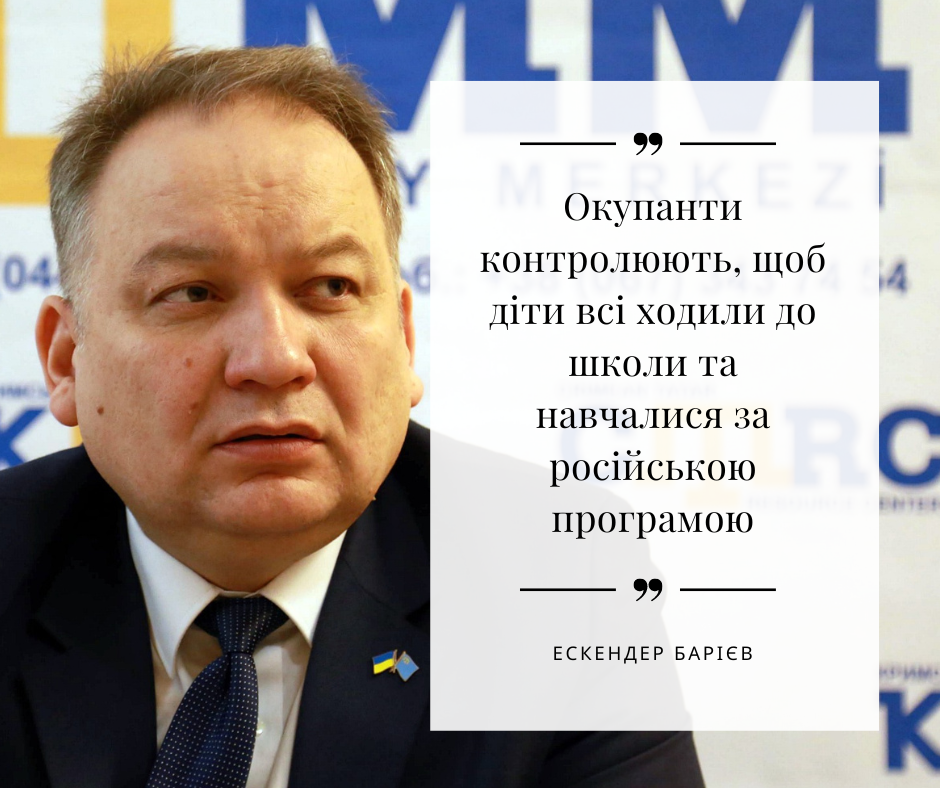 “As far as I know, they have a big problem with teachers. Because many teachers have left or do not want to work under the Russian program and are trying to transport teachers from Russia, as well as from Crimea. In addition, they control that the children all go to school and study according to the Russian program”,- said Bariev.

The expert stressed that the occupants even warned parents that if the children did not go to school, they would be fined.