On Saturday, December 10, the world celebrates International Human Rights Day – on this day in 1948, during the third session of the UN General Assembly, the Universal Declaration of Human Rights was adopted. At the international level, this document proclaimed basic civil, political, social, economic and cultural rights and thus set their standards. However, not all countries adhere to the principles of the declaration. In particular, after the occupation of Crimea by the Russian Federation in 2014, the situation with human rights on the peninsula is constantly deteriorating. 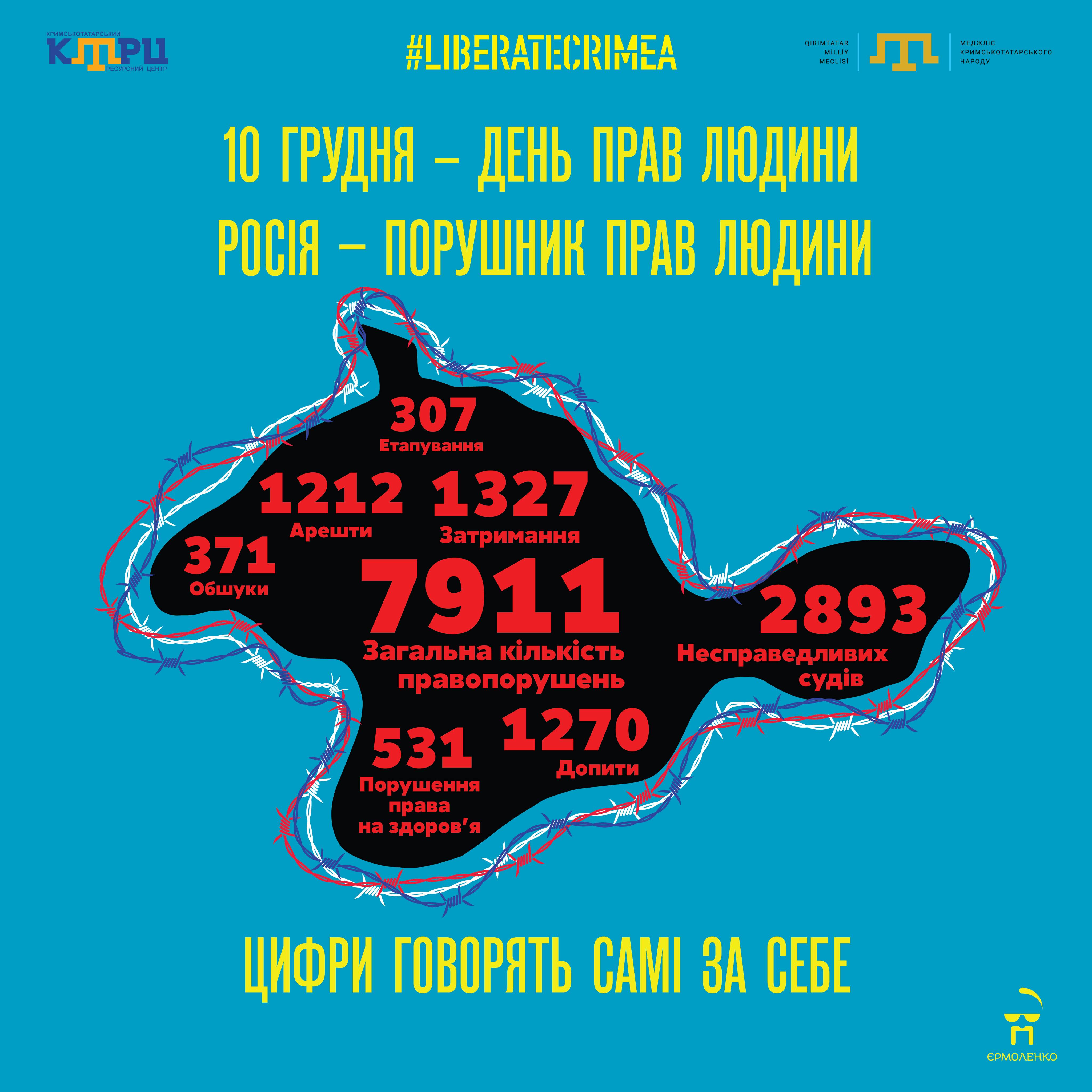 Since the occupation of Crimea by Russia in 2014, thousands of activists have been subjected to repression for their civic stance. Criminal cases have been initiated, detentions, searches and arrests are systematically carried out, people are forcibly disappearing.

Russia, violating international law, continues to carry out mass repressions and put pressure on the Crimean Tatars and pro-Ukrainian activists on the territory of the Crimean peninsula. So, according to the CTRC, for 2017-2022, the following was recorded on the peninsula:

In total, in 2017-2022, 7911 violations of fundamental human rights were recorded in the occupied Crimea, 5613 – against representatives of the indigenous Crimean Tatar people.

Moreover, this practice extends to the newly occupied territories of Ukraine – Zaporizhzhia and Kherson regions, where the occupiers are trying to intimidate people in the same way.

We remind you that the Crimean Tatar Resource Center not only records human rights violations, but also systematically informs the international community about the crimes of the Russian Federation in the occupied territories of Ukraine.

For the entire period of their work, the experts of the Crimean Tatar Resource Center submitted 94 applications, complaints, reports to international human rights organizations and their structures:

– UN Special Rapporteur on the rights of indigenous peoples (7 papers);

– Office of the UN High Commissioner for Human Rights (1 report);

– European Committee against Torture and Inhuman or Degrading Treatment or Punishment (7 complaints);