Home / News / Infographic What to do if you were handed a summons to the army?

Infographic What to do if you were handed a summons to the army?

As it became known to the Crimean Tatar Resource Center, in the occupied Crimea, since the beginning of partial mobilization, more than 60,000 summons have been issued, and about 20,000 people have been mobilized. 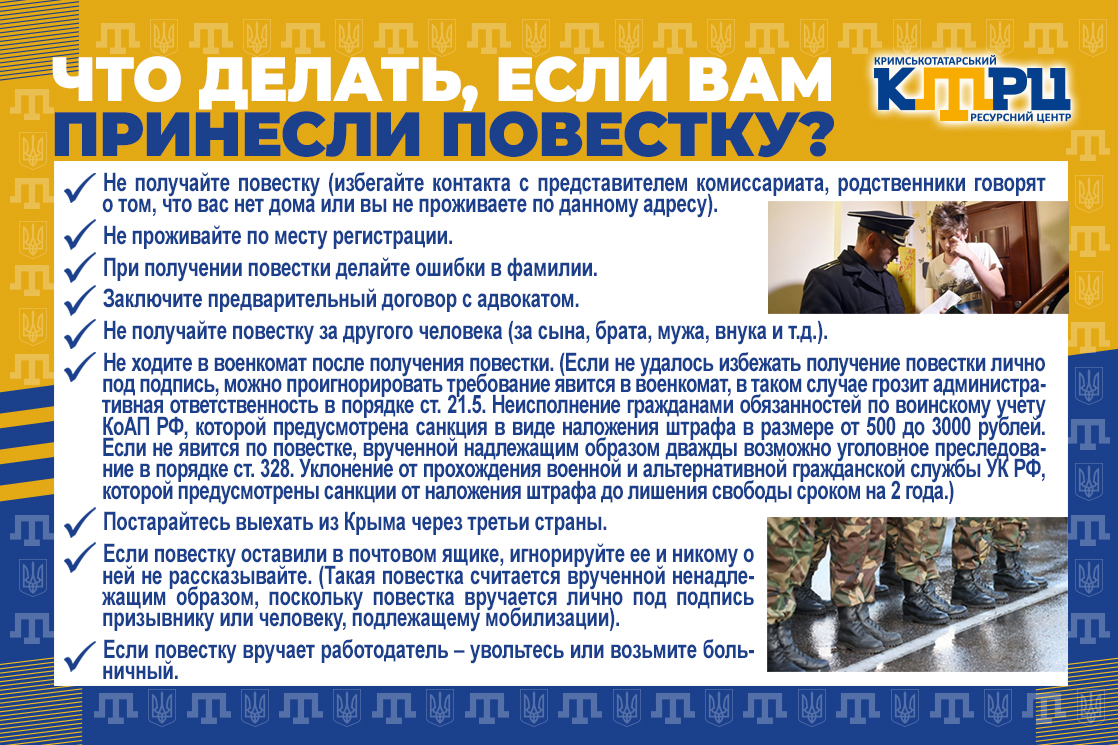 Summons were distributed throughout Crimea, people received them personally in their hands under signature, they were thrown into the mailboxes of potential conscripts, or handed over to their closest relatives, and there were cases when summonss were simply issued right on the streets of Crimean cities and villages.

Unfortunately, massive cases of forced mobilization have been recorded.

What to do if you received a summons, but do not want to become a soldier of the Russian army and commit crimes?

We bring to your attention an infographic developed by the Crimean Tatar Resource Center, which may be useful to you.