Home / News / Fakes about NATO in the occupied Crimea: main trends for 8 months of 2022

Fakes about NATO in the occupied Crimea: main trends for 8 months of 2022 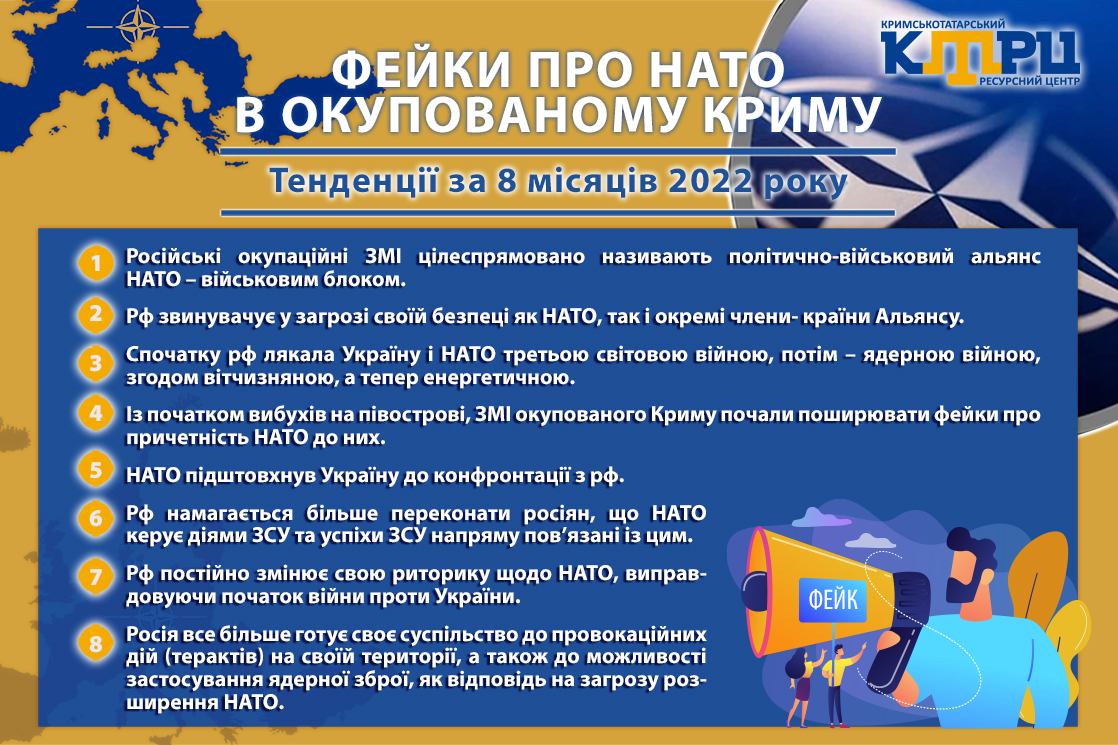 We remind you that Russia has been intimidating the population of the peninsula for years, identifying the Alliance with fascism and saying that it wants to trample Ukraine. And since 2014, the Russian authorities have begun to openly call NATO an enemy and accuse it of threats and unfriendly actions. Since that moment, the Russian Federation has been actively spreading Putin’s propaganda that NATO is reaching Russian borders, that the continued existence and expansion of NATO poses a threat to Russia, and that NATO wants to draw Ukraine into its ranks, etc.

We want to share with you the main trends in the spread of fake information on the peninsula about the values, goals and current activities of the Alliance over the last 8 months of 2022.

What changes were traced in the rhetoric of the occupiers during this period?

You can find out more by reading our infographic.