Home / News / What categories of Russian citizens moved to the occupied Crimea?

What categories of Russian citizens moved to the occupied Crimea? 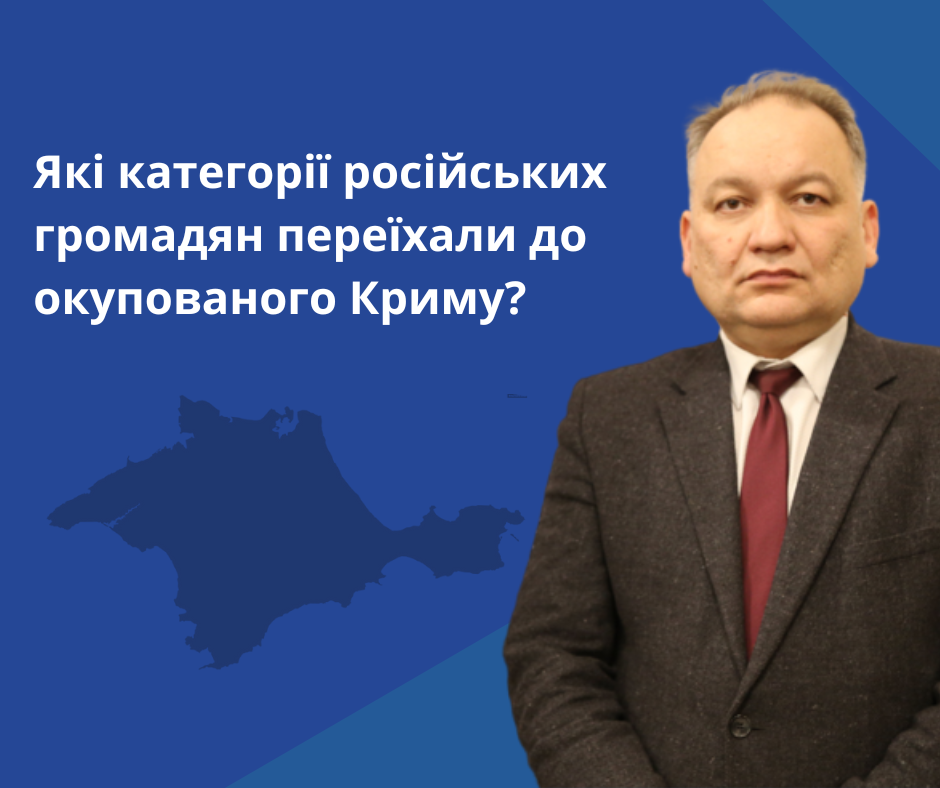 “Over this entire period, conditions were created for Russian citizens to come to Crimea for permanent residence. We can divide them into several categories. The first is the servicemen themselves and their families. The second is civil servants, including representatives of various law enforcement agencies. And the third category is those who are associated with large infrastructure projects. I want to remind you that over the years Russia has been implementing huge construction projects in Crimea”,- Bariiev explained.

According to the expert, two categories of people travel from Kherson to Crimea. The first category is people who support the Russian Federation, who receive passports, hope that they will receive housing certificates and receive either a land plot or housing in Crimea. There is a category of people who were forced to end up in Crimea in order to save the lives of their children, loved ones, their lives. At the same time, they try not to hand over Ukrainian passports, but they strive to get help.