On November 30, 2022, another trial of a representative of the indigenous Crimean Tatar people, Marlen Mustafayev, took place in Rostov-on-Don. 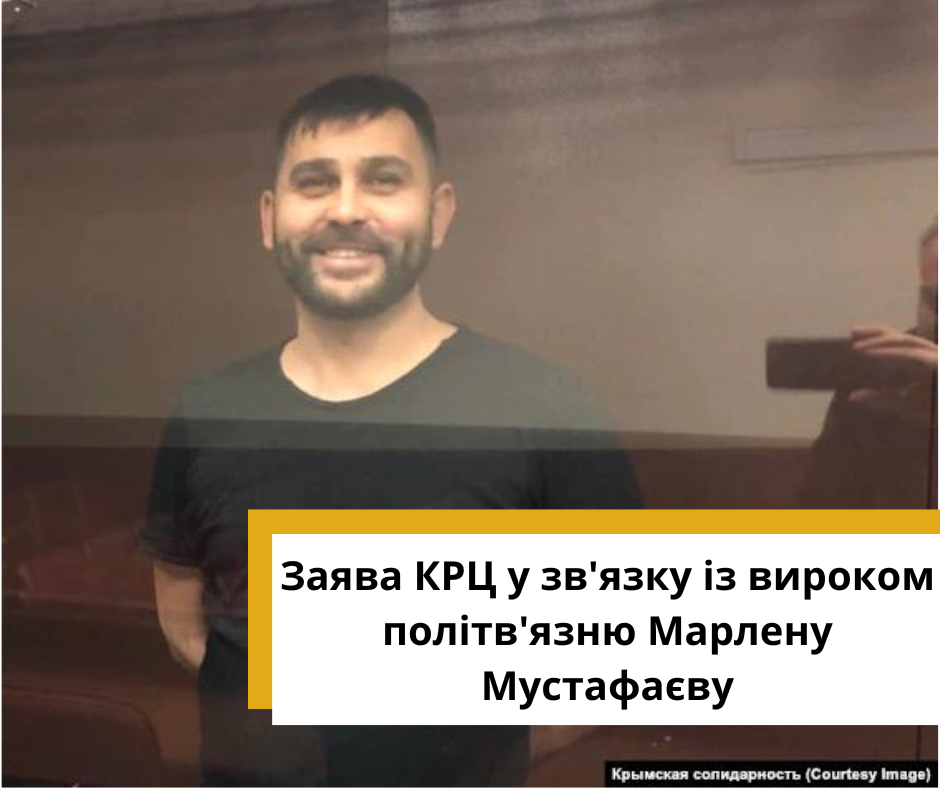 Judges of the Southern District Military Court Roman Plisko (Chairman of the Collegium), Igor Kostin and Aleksey Sannikov passed another illegal sentence to Ukrainian citizen Marlen Mustafayev, accusing him of organizing terrorist activities as a member of the -Tahrir.

Marlen Mustafaev was sentenced to 17 years behind bars in a strict regime colony, he will spend the first 3 years in prison. In addition, Marlen Mustafayev was restricted in his right to move for a year and a half after his release.

The court, by order of the Russian punitive system, appointed Marlen as the organizer of the cell, which, according to law enforcement officers, consisted of citizens of Ukraine who were previously just as illegally sentenced by the occupiers in 2020 to long terms of imprisonment.

The lawyer of the illegally convicted is preparing to appeal the verdict.

Russian security forces illegally detained Marlen Mustafaev on February 09, 2022. During an illegal search of his house, Russian law enforcement officers stole his wife’s Ukrainian passport and subsequently did not return the passport to her, denying the very fact of its theft.

The accusation in this case is traditionally based on the testimony of hidden witnesses and the conclusions of so-called experts actively cooperating with the Russian punitive system. Moreover, the occupiers, falsifying the case of Marlen Mustafayev, took evidence from other criminal cases. At the same time, they denied the lawyers of the defendant and himself the right to get acquainted with the case materials, from which the given evidence was taken.

Marlen Mustafaev, a citizen of Ukraine, grew up in a family of activists of the Crimean Tatar national movement and has nothing to do with Hizb ut-Tahrir al-Islami. The only real reason for the persecution of Marlen Mustafayev is his active civic stand in support of political prisoners illegally convicted earlier by the occupation courts.

The Crimean Tatar Resource Center strongly protests and declares that this criminal, politically motivated decision is another manifestation of an attempt to put pressure on the Crimean Tatar people.

Such a policy of Russia is a demonstration of the fight against dissent, religious and political beliefs of the inhabitants of the occupied Crimea and testifies to the ongoing repressions against the indigenous peoples of the Crimean peninsula.

The Russian Federation misuses its legislation for political purposes, in particular to suppress the non-violent struggle of the Crimean Tatars and their protest against the occupation of Crimea.

The Crimean Tatar Resource Center demands that the sentence of Marlen Mustafayev be canceled and that he be released immediately.

The Crimean Tatar Resource Center calls on the leadership of Ukraine and the countries participating in the Crimean Platform, the international community to increase pressure on Russia in order to stop political persecution in Crimea, to release Ukrainian citizens illegally convicted for political reasons from Russian prisons, including to strengthen personal sanctions against persons responsible for human rights violations on the territory of Crimea.