Home / News / In Egypt, they spoke about the problems of the impact of the Russian occupation of Crimea on climate change

In Egypt, they spoke about the problems of the impact of the Russian occupation of Crimea on climate change

From November 6 to 18, Sharm El Sheikh (Egypt) hosted the UN Climate Change Summit (#COP27), within which the Crimean Tatar Resource Center, together with the Ministry of Environmental Protection and Natural Resources of Ukraine, held a side event on the topic: Influence on Climate Change: Crimea, Indigenous Peoples and International Crimes. 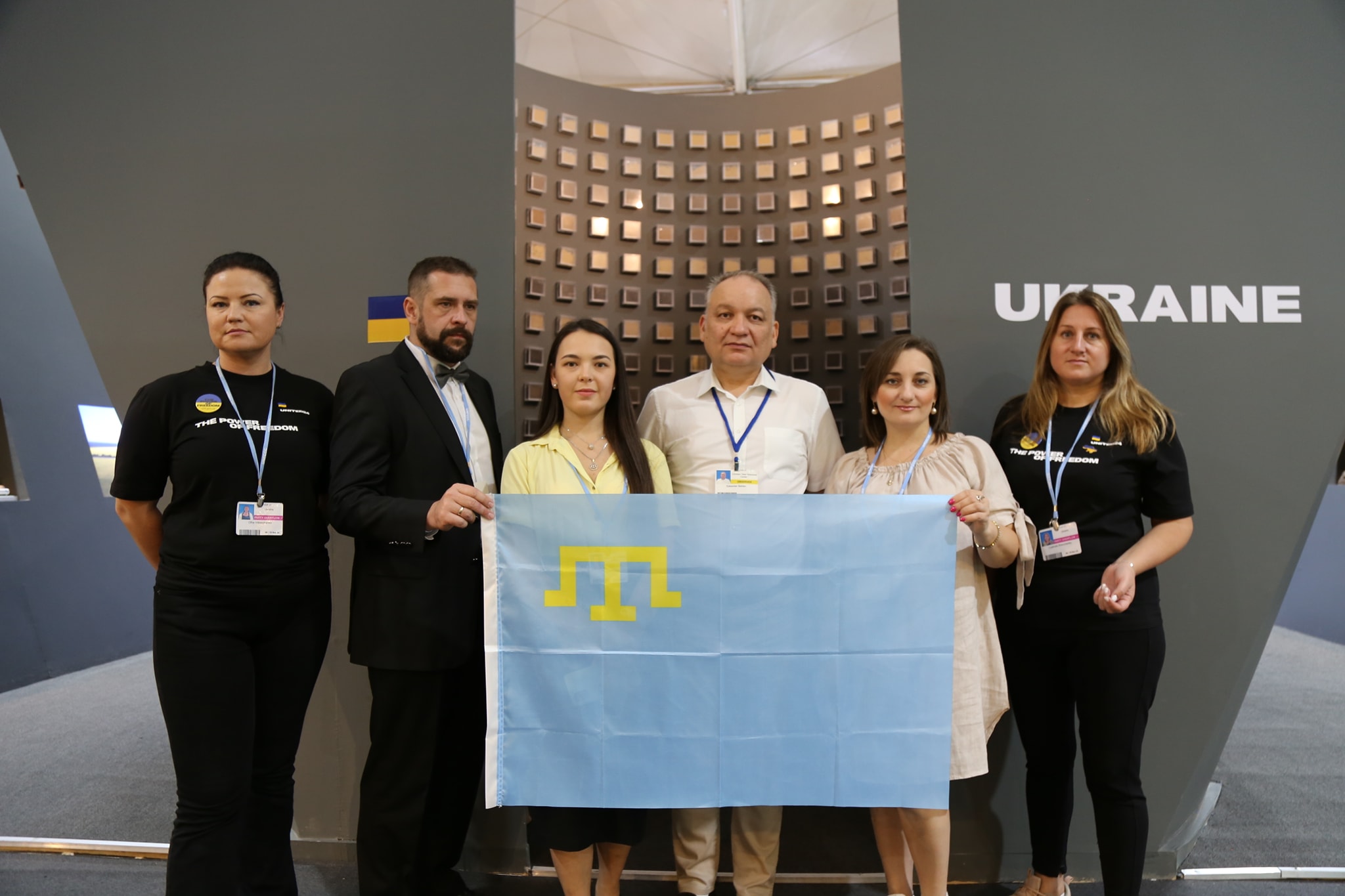 The UN Summit on Climate Change (#COP27) was attended by about a hundred heads of state and 45,000 delegates from 200 countries. It was a real hub that brought together politicians of the highest level, scientists, environmentalists, human rights activists, indigenous peoples, international humanitarian, youth and women's organizations.

The Crimean Tatar Resource Center, being the only organization of the indigenous people of Ukraine that has observer status under the UN Framework Convention on Climate Change, was able to delegate its representatives to work at this conference, and together with the Ministry of Environmental Protection and Natural Resources of Ukraine held a side event on the topic : The impact on climate change: Crimea, indigenous peoples and international crimes. 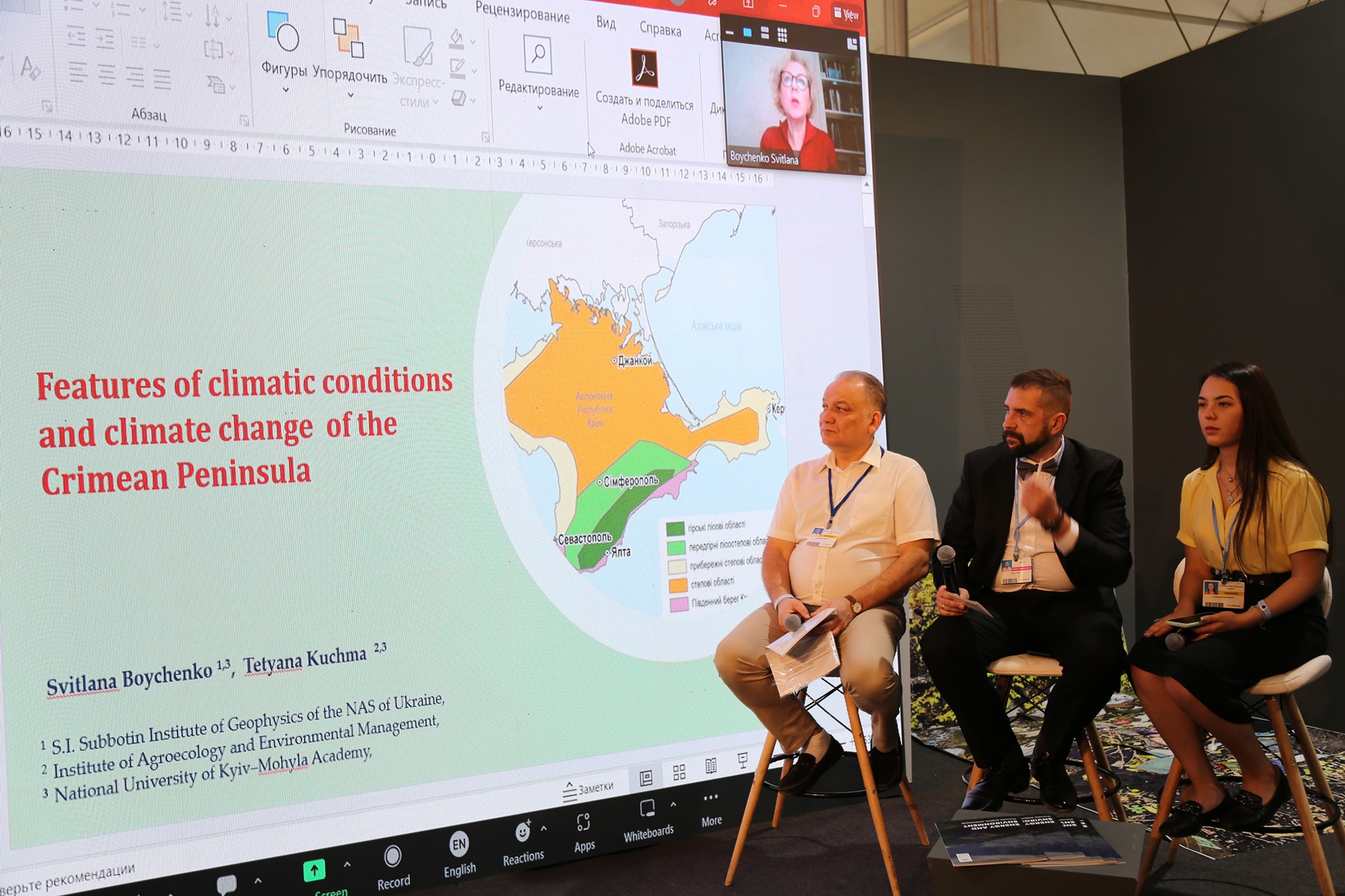 Speakers during the event revealed the problems of the impact of the Russian occupation of Crimea and full-scale armed aggression on climate change, Russia's gross violation of the UN Declaration on the Rights of Indigenous Peoples and the UN Convention on Biological Diversity, which negatively affects the situation of indigenous peoples in Crimea, the exclusion of Crimea from international environmental programs , as well as the need to include relevant issues in international documents of the legal and political dimension, in particular, the development of the conventional criminalization of ecocide.

Head of the Board of the Crimean Tatar Resource Center Eskender Bariiev in his speech spoke about the violation of the UN Declaration on the Rights of Indigenous Peoples and the UN Convention on Biological Diversity, on the militarization and military actions of the Russian Federation that damage the ecosystem of Crimea and the Black and Azov Seas. 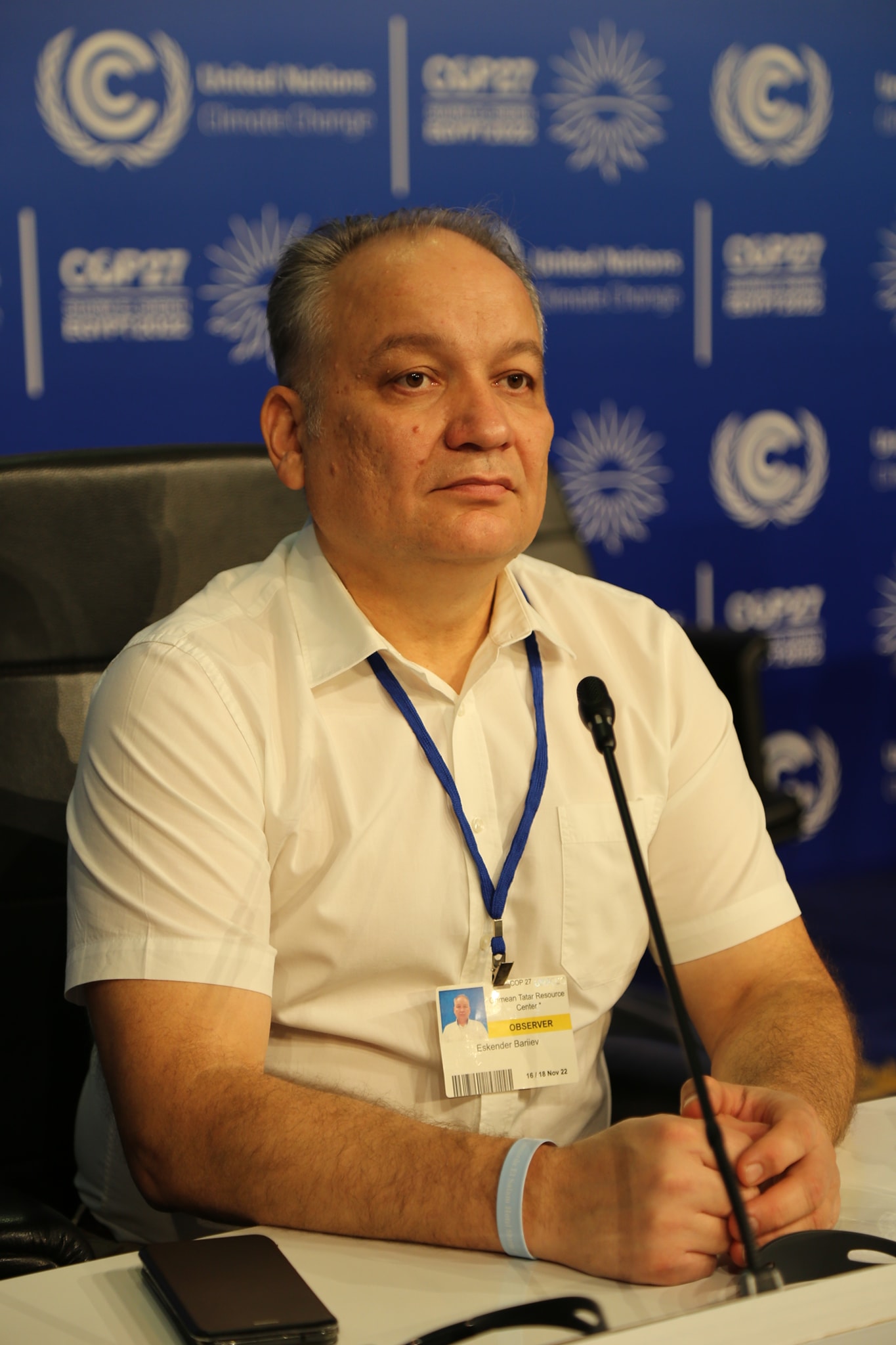 In addition, Bariiev voiced 5 recommendations to ensure the environmental safety of Crimea, Ukraine as a whole and the entire Black Sea region.

CTRC expert Yevhen Khlobystov noted in his speech that the issues of de-occupation of Crimea are closely related to solving the problems of overcoming the damage caused to natural resources and the environment of Crimea, in particular, within the objects of the nature reserve fund, water resources, the consequences of using the Kerch Peninsula as a continuous military training ground on the territory of more than 50 thousand hectares, as well as the consequences of the ever-increasing militarization of Crimea as a result of a full-scale Russian invasion of Ukraine. The solution of the accumulated environmental and economic problems of the Crimea is possible only after its return to Ukrainian jurisdiction.

Manager of the CTRC Liudmyla Korotkykh emphasized that today no one doubts that Crimea will be de-occupied in the near future. The government of Ukraine makes loud statements about the imminent recovery of the country and presents various strategies for reintegration and recovery.

“However, when we talk about Crimea, we must remember a few important points. Firstly, the presence of indigenous peoples that require a special approach, and secondly, this territory has been under occupation since 2014 and the initial conditions will differ significantly from those in other areas”,- she explained.

CTRC expert Borys Babin noted that crimes against the environment associated with Russian aggression have a significant negative impact on global warming; at the same time, their correct international legal qualification becomes important, so it is necessary to develop the concept of the international crime of ecocide. 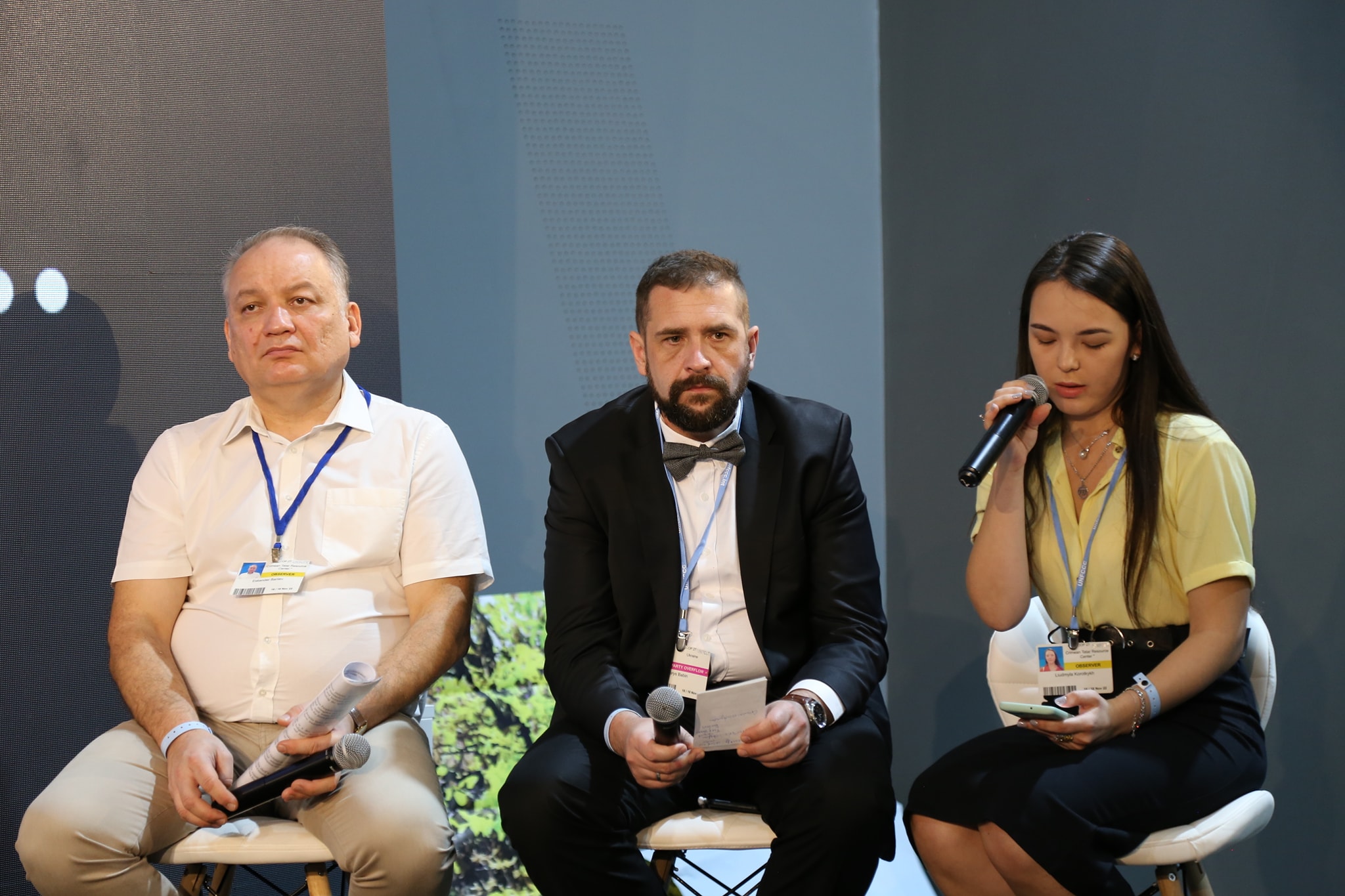 We express our gratitude to the International Renaissance Foundation and the Initiative for the Development of Environmental Policy and Advocacy in Ukraine for the opportunity to systematically monitor the violation of the Crimean ecosystem and organize this side event.