Two participants of one-man protests were fined in Feodosia

On Monday, January 15, Feodosiya city court of Crimea fined Ruslan Rustemov and Eral Dany for 10 thousand rubles for October 14 single pickets. They were charged with Part 5 of Art. 20.2 of the Code of Administrative Offenses of Russia (“Violation of … the procedure for holding … picketing”). 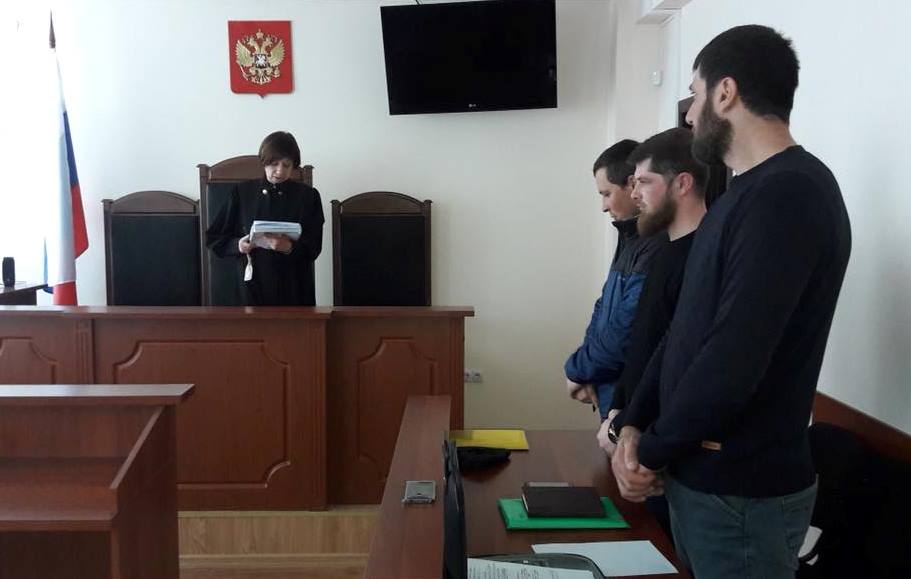 According to the lawyer, the defense's petition for the prosecutor's summons and the publicity of the proceedings were rejected.

Also, the lawyer informed that in all cases and materials of the case they (the judges – ed.) are looking for an organizer.

"If you look at it objectively, the organizers of this event, which was held on October 14, 2017, were the law enforcement agencies themselves, who forced people to go to the one-man  protests," the defender said.

On January 12, Feodosia city "court" of Crimea fined Rustem Mustafayev and Enver Mustafayev  were fined 10 thousand rubles for October 14 one-man protests. They were charged with Part 5 of Article 20.2 of the Code of Administrative Offenses of the Russian Federation("Violation of … the procedure for holding … protests"). Three more court hearings were postponed until January 15.

October 14, representatives of the indigenous Crimean Tatar people took part in one-man protests in different cities of Crimea. They urged the Russian authorities of the peninsula to stop repressions against the Crimean Tatars. More than 30 people were subjected to illegal detention then. After  forced taking of fingerprints, photographing, giving testimony and removing the posters of all the detainees, they were released.

On 18, 19 and 26 December, the occupation courts in Crimea tried more than 70 Crimean Tatar activists for one-man protests held on October 14. Everyone was charged with Part 5 of Art. 20.2 of the Code of Administrative Offenses of Russia ("Violation of … the procedure for holding … protests"). Everyone was fined from 10 to 20 thousand rubles.
According to the monitoring performed by the Crimean Tatar Resource Center, in 2017 the Crimean occupation courts illegally fined about 100 people, mostly Crimean Tatars, a total of 5 million 291 thousand rubles (cca. USD 92,500).