Activists are preparing to hand over a memorable diploma and a statuette of the Euromaydan SOS award to the family of Marlen Asanov, arrested by the Russian security forces in Crimea, the Chairman of the Crimean Tatar Resource Center Eskender Bariiev told to Krym.Realii. The prize was awarded to him on the eve of December 1. 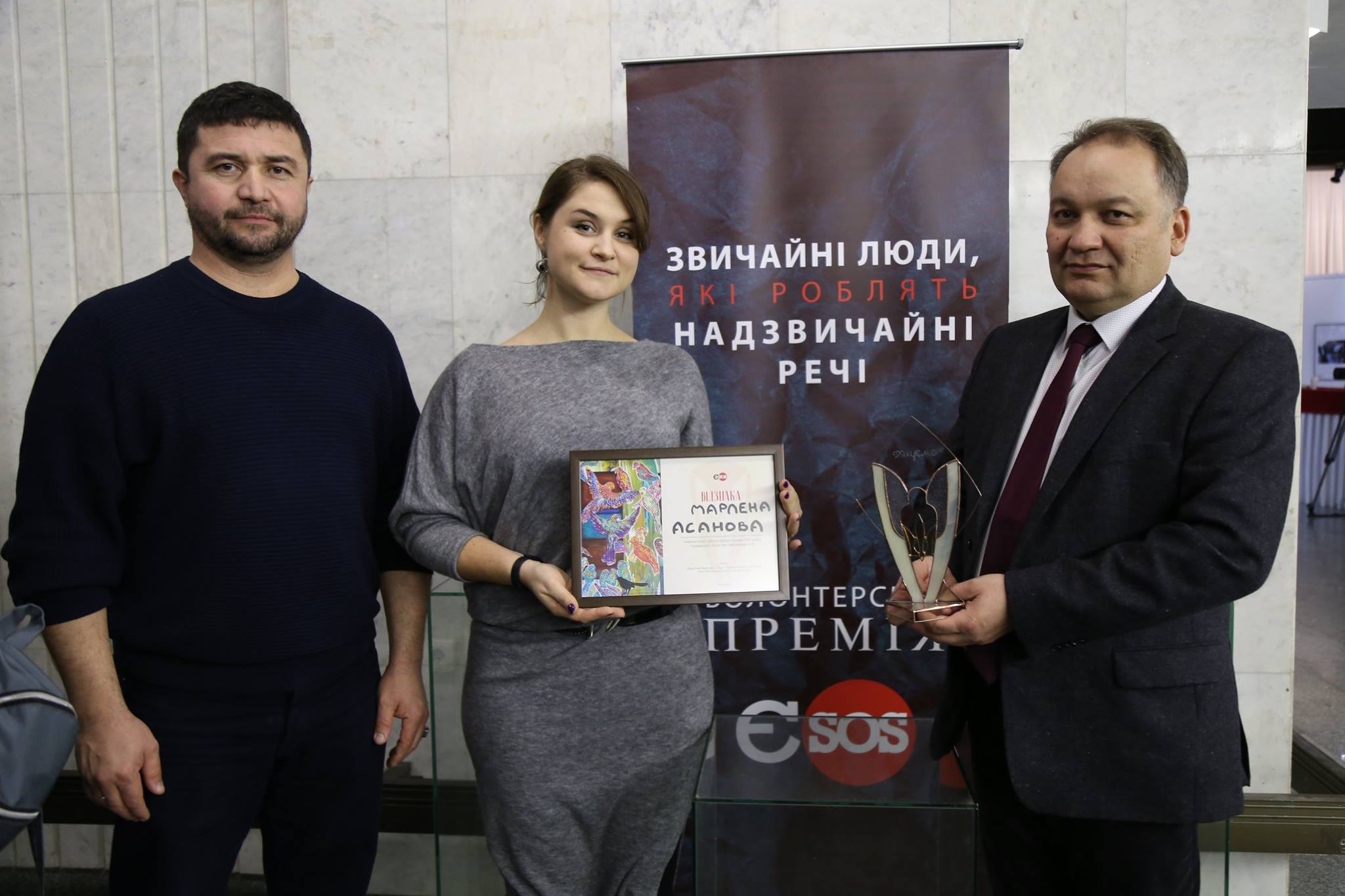 "The point of the award is to draw attention to people who commit good deeds. This year 104 persons were nominated. I think they are all decent people, but we were particularly pleased that Marlen was named the best of the best. Thanks to this award, people learn about actions and deeds of people who improve the world. Helping families, Marlen Asanov ended up in the FSB confines himself, being accused of terrorism. In this instance we are witnessing two opposing pictures: on the one hand, the desire of the invaders to expose him as a terrorist, and on the other hand, rational people seeing and supporting him as a volunteer," Bariiev said.

It should be reminded that the political prisoner, a figurant of the Hizb ut-Tahrir Case, Marlen (Suleyman) Asanov won the 2017 Volunteer Award, established by Euromaydan SOS. 104 people were nominees. Marlen Asanov was nominated for the award by Eskender Bariiev, the Chairman of the Crimean Tatar Resource Center and a member of Mejlis of the Crimean Tatar people.

2017 Volunteer Award is designed to attract the attention and popularize extraordinary work and decent actions of ordinary people, as well as to show the public that there is actually a large number of people of this kind and that everyone is able to change the world for the better.