From October 20 to October 22, the Crimean Tatar Resource Center held the fifth session of the Academy of Public Diplomacyof the Crimean Tatar peoplein Kiev, which is being implemented as part of the project “Protection of Human Rights in Crimea through the sustainable development of public diplomacy”. As a result of a three-day seminar, the students of the Academy learned about the subtleties of political processes in Germany, the specifics of the Middle East, as well as the peculiarities of intercultural communication in diplomacy and the art of public speaking. 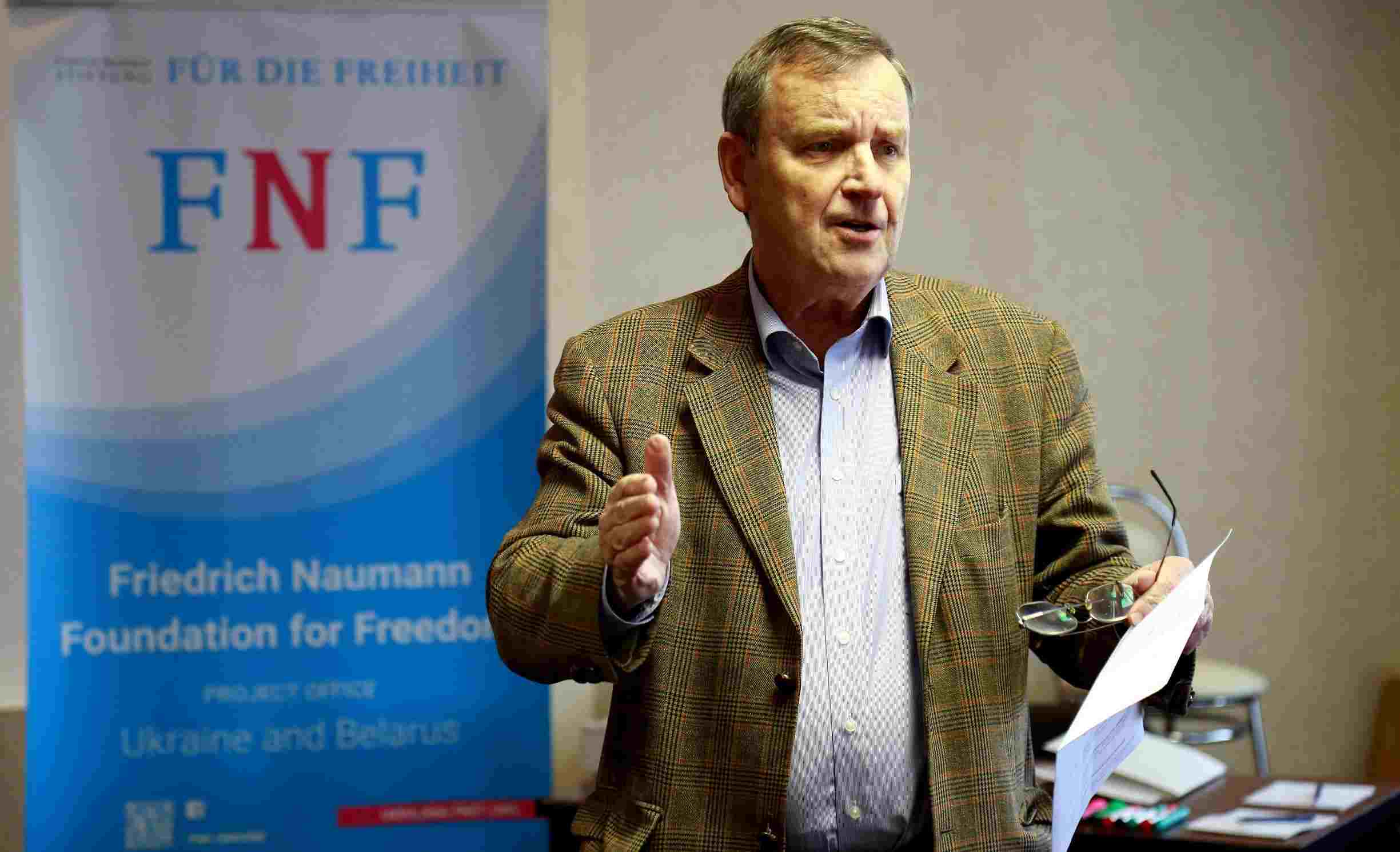 The work of the fifth session started with a speech by Dr. Wolfgang John, senior adviser, Friedrich Naumann Foundation for Freedom, project for Ukraine and Belarus. He told the audience about the problems and prospects of political processes in Germany. In this context, Mr. John told about liberal values ​​in German politics. In particular, the directions of the work of the Free Democratic Party. In his speech, the speaker noted the importance of the international division of labor and international cooperation. After the lecture, members of the Academy discussed with Dr. Wolfgang John the relationship between Germany and Russia through the prism of the occupation of the Crimea. According to the politician, the resolution of the Crimean question largely depends on Ukraine itself.

"You are on the right side and your chances of deoccupation are very high," said Mr. John. 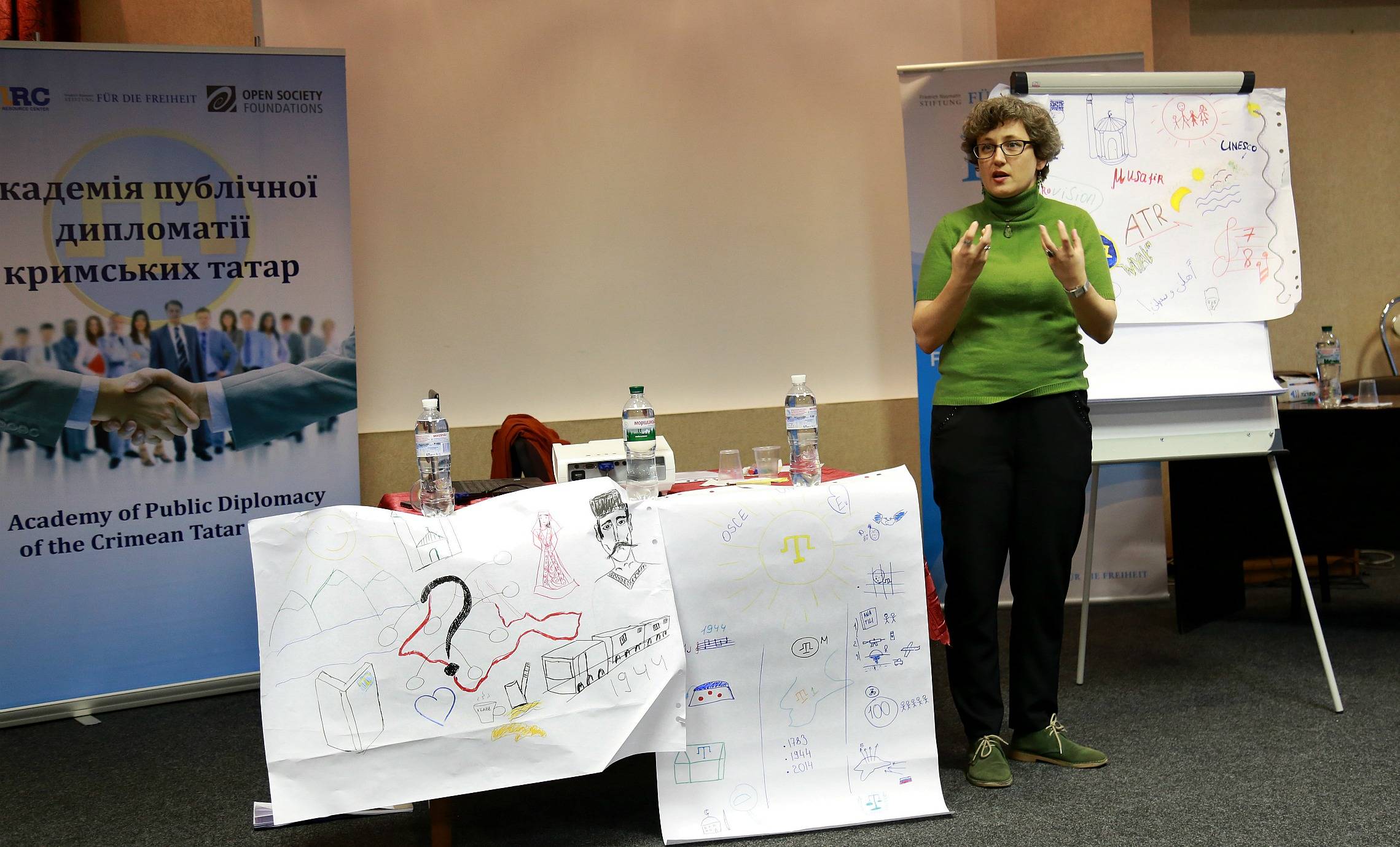 Iryna Brunova-Kalisetska – Executive Director, Integration and Development Center for Information and Research, conducted practical tasks with participants on the topic "Intercultural Communication in Public Diplomacy". The participants, divided into three groups, depicted elements from the life of the Crimean Tatar people, which they would like to convey to the international audience. After working in groups, the participants presented their projects and, together with the expert, analyzed their work. 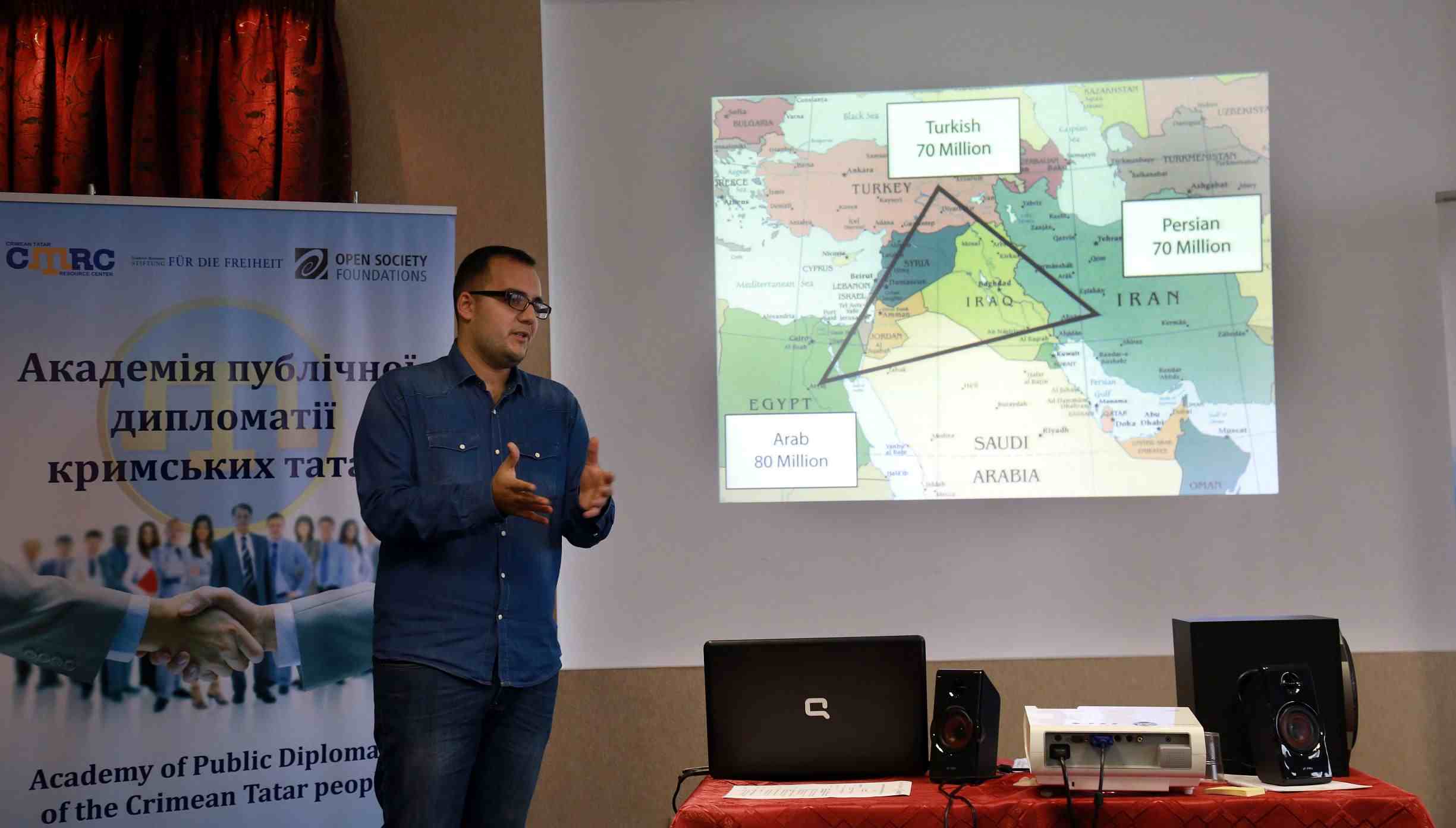 Ilia Kusa spoke about the specifics, causes and consequences of wars in the Middle East. In particular, the war in Syria, Yemen, etc., the factions that operate in this region, as well as the essence of the conflict around Qatar. With the help of a political map, participants examined and disassembled territorial and ethnic factors in the region, as well as the location of oil fields, which are a key element in the Middle East.

In addition, the expert spoke about the prospects of Ukraine in cooperation with the countries of the Middle East, including Ukraine's participation in the Islamic Conference with the assistance of the Crimean Tatars.

After the theoretical part, the students of the Academy, divided into groups, modeled the situation in Iraq. Participants represented the United States, Russia, the European Union and Iraq. After the discussion, the parties commented on how their country would act in the situation that was proposed by the expert.

The next day, Ilia Kusa, together with his colleague Lilia Nguyen, conducted a training-lecture on "International information".

At the end of the lecture, trainers and students of the Academy discussed possible information campaigns for Crimean Tatars at the international level. 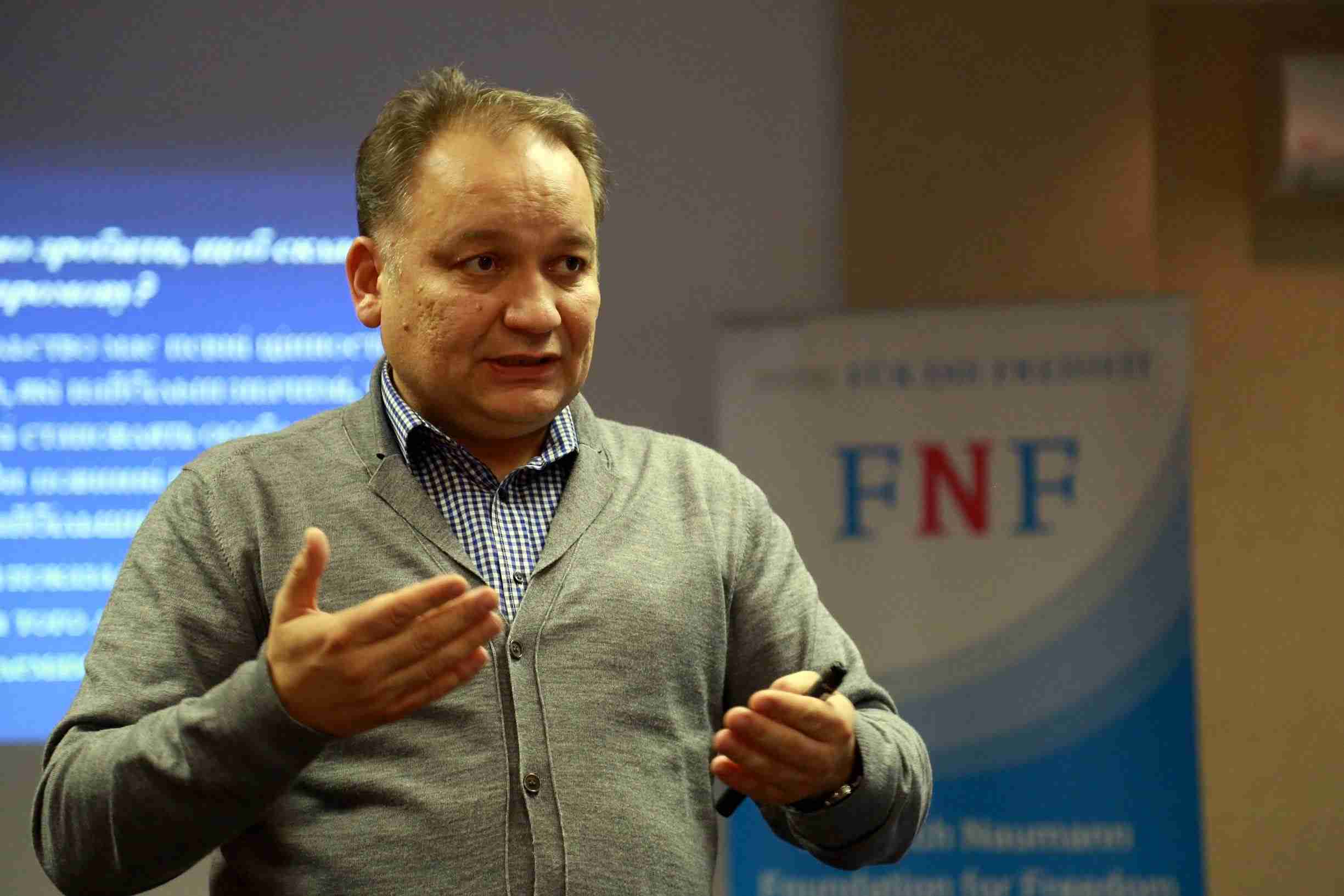 Eskender Bariiev, a member of the Mejlis of the Crimean Tatar people, the Head of the Board of the Crimean Tatar Resource Center, conducted a training on the art of public speaking. The trainer spoke about the specifics of preparing public statements. The listeners fixed theoretical knowledge with practical exercises, role-playing tasks – performances in front of the camera, work in the format of interviews.

The Academy of Public Diplomacy of the Crimean Tatars is being implemented with the support of the Open Society Foundation and the Friedrich Naumann Foundation in Ukraine.