On Wednesday, August 9, the Zheleznodorozhniy “court” of Simferopol sentenced a 76-year-old activist of the national movement of the Crimean Tatar people Server Karametov to 10 days of administrative arrest allegedly for “disobedience to the police officers”.

It is reported that the decision was made by the "judge" of the "court" of Simferopol, Marina Kalatsey. The so-called "court hearing" lasted 11 hours. According to  the lawyers, a large number of procedural violations have been revealed in the activist's case, which  were completely ignored by the "court"  .

Yesterday,  on August 8, two administrative protocols were made against the activist of the Crimean Tatar national movement, Server Karametov, detained in Simferopol for a single picket in support of political prisoners . One for "violation the procedure for holding single pickets", the second for  "disobedience to the police officers".

The very same day, the Zheleznodorozhniy  "court" of Crimea found Server Karametov guilty under art. 20.2 of the Administrative Code of  the Russian Federation and fined him 10 thousand rubles (about 4200 hryvnias). "Court hearings" were held with gross violations.

The activist is 76 years old and has Parkinson's disease and a speech impediment.

These scoundrels have neither respect to the age of Server Karametov, the state of his health,Russian legislation, nor to the international law! We call on everyone to join the information campaign to protect the rights of Server Karametov!

We call on human rights organizations and the international community to protect Server Karametov!

Server Karametov as a child went through the deportation of 1944, struggled to return to his motherland, experienced difficult years of repatriation! His health and life depend on each of us! 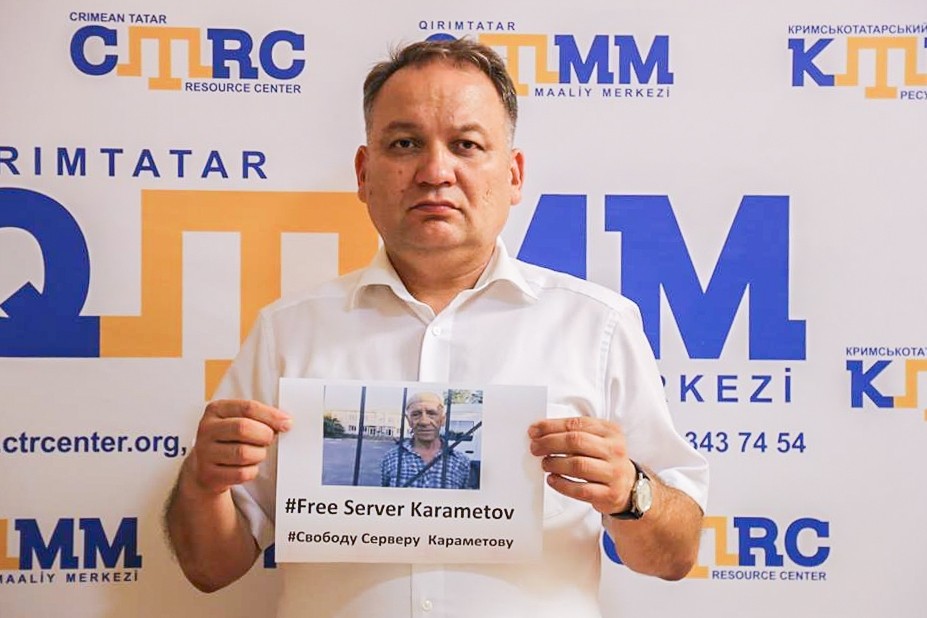