Home / News / In Warsaw, the problems of the indigenous peoples of Crimea were discussed on the sidelines of the OSCE meeting

In Warsaw, the problems of the indigenous peoples of Crimea were discussed on the sidelines of the OSCE meeting

On September 27, Warsaw (Poland) hosted a side event “Discrimination against Indigenous Peoples in the conditions of modern Ukrainian-Russian war conflict”. The event was held within the framework of the OSCE Human Dimension Meeting. 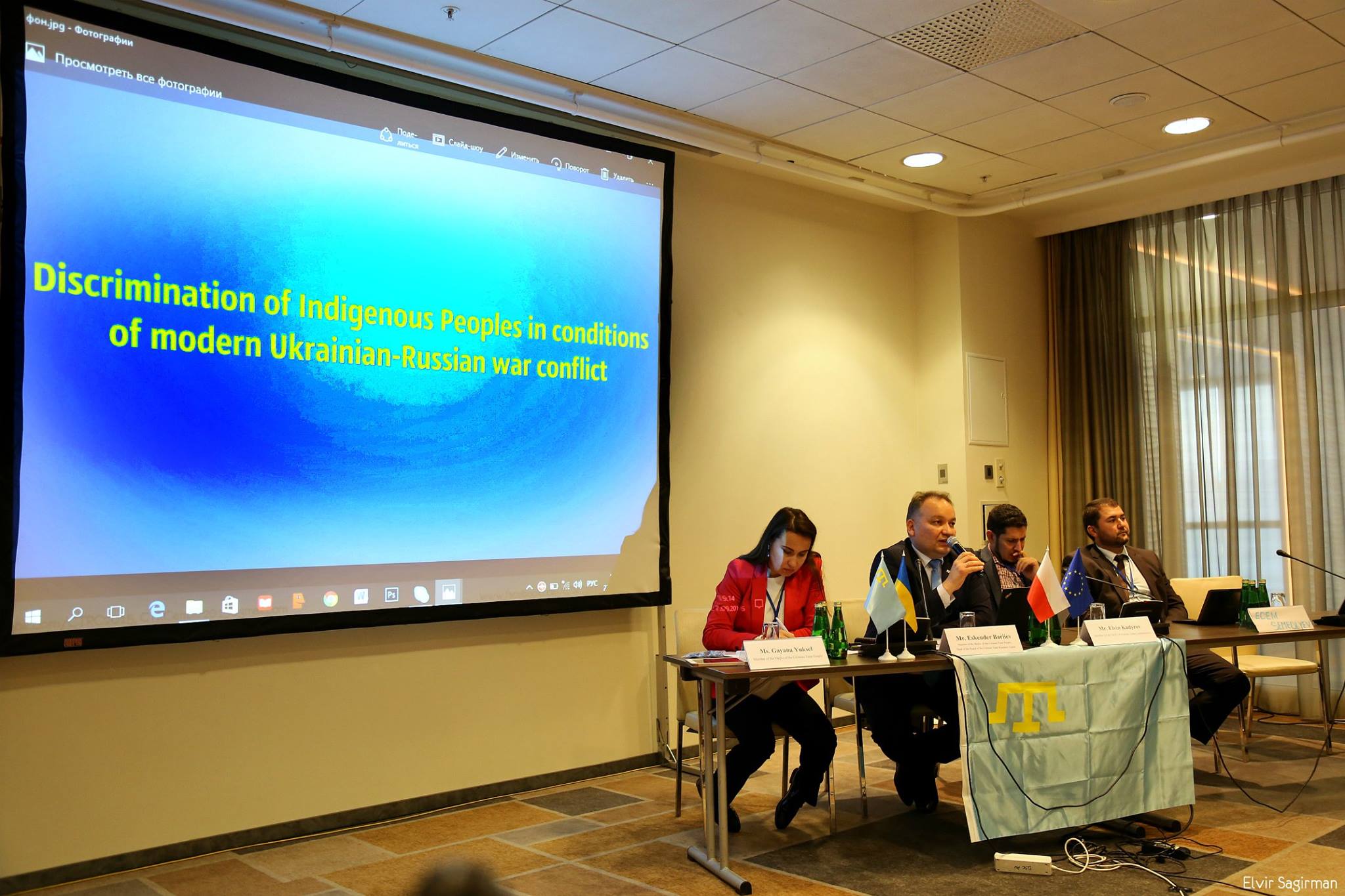 The side event began with the screening of the documentary by an American journalist Christina Pashyn "A struggle for home. The Crimean Tatars". 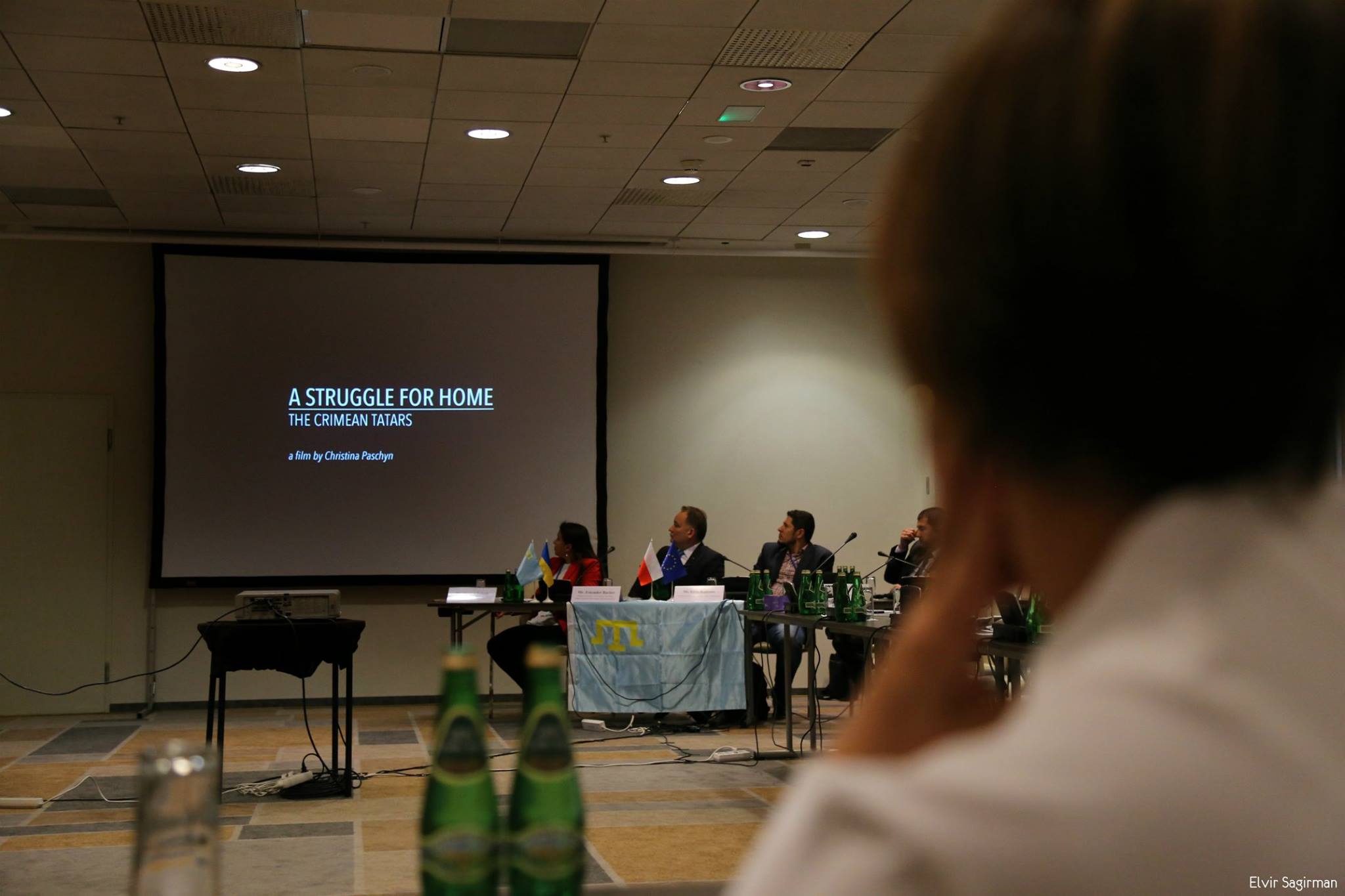 Eskender Bariiev told about the violations of individual rights of the residents of Crimea and the collective rights of the indigenous Crimean Tatar people. In particular, he was referring to the issues of prohibition of the Mejlis of the Crimean Tatar People, a representative body of the Crimean Tatars, as well as the mass raids, detentions and arrests. According to Mr. Bariiev, Russia’s actions violate international law and international instruments that were elaborated in cooperation with Russia’s own representatives.

"For such a small nation, the only guarantor of preservation and development is the international law. Therefore, due to the Russian aggression in Crimea the Mejlis and all the Crimean Tatar people have taken a position of rule of international law", – stated Mr. Bariiev. 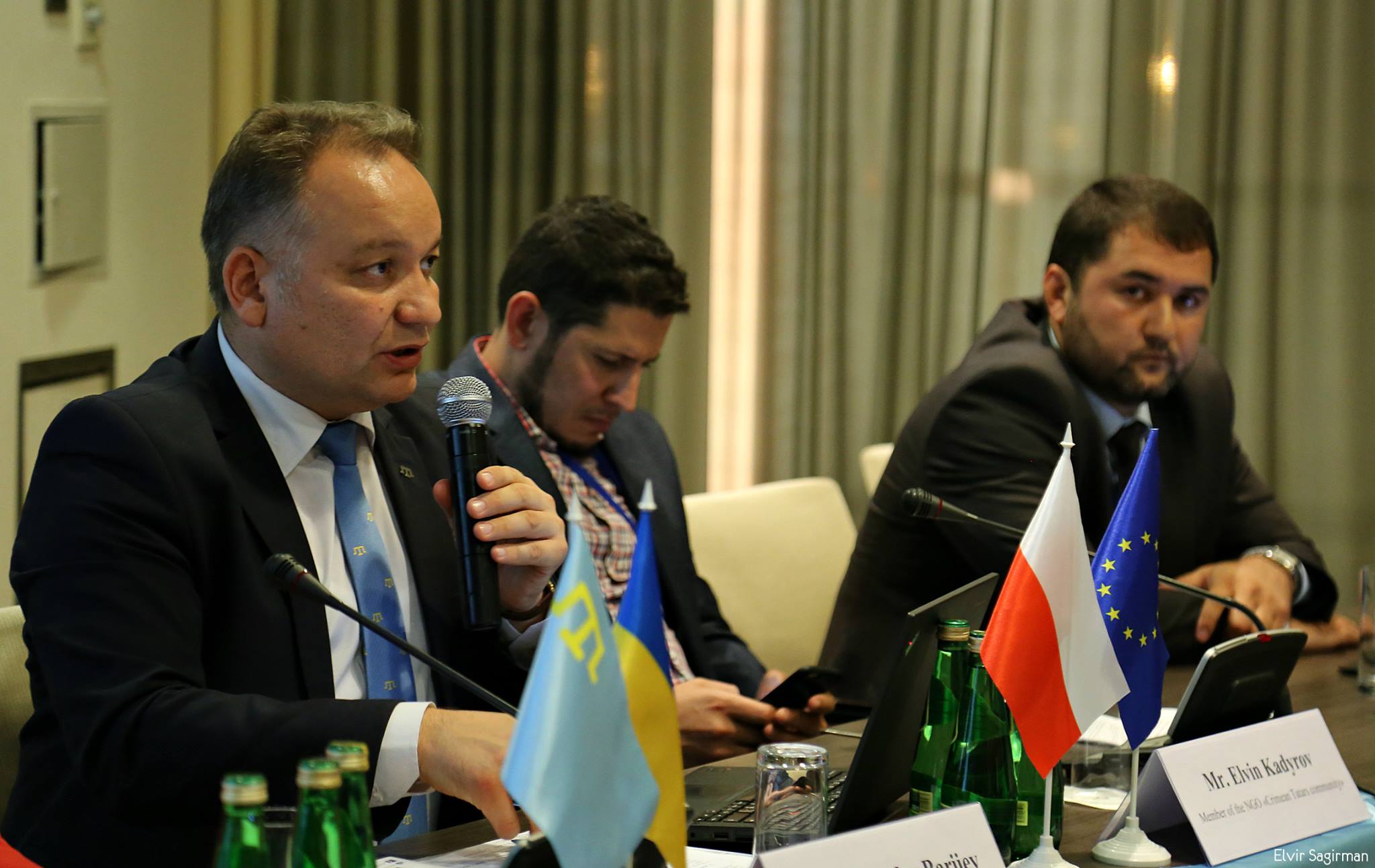 Gayana Yuksel brought up the point of the persecutions of the ethnic mass media and the lack of freedom of speech in Crimea.

According to her, on the peninsula are recorded the violations of all the articles of the European Convention on Human Rights. Gayana Yuksel reminded that once in Crimea 1350 media sources were registered, but after February 2014 the situation has changed. According to her, the Stalinist methods of media control returned to peninsula (surveillance, censorship, forcing the journalists to cooperate with the FSB bodies, penalties, etc.).

"As of today, more than 250 facts of violation against the journalists and media were recorded in Crimea. This list is constantly updated. Before the peninsula occupation, 15 national media were operating there. As of April 2016, the branches of the 10 main pro-Ukrainian media were forced to leave Crimea", – said Gayana Yuksel. 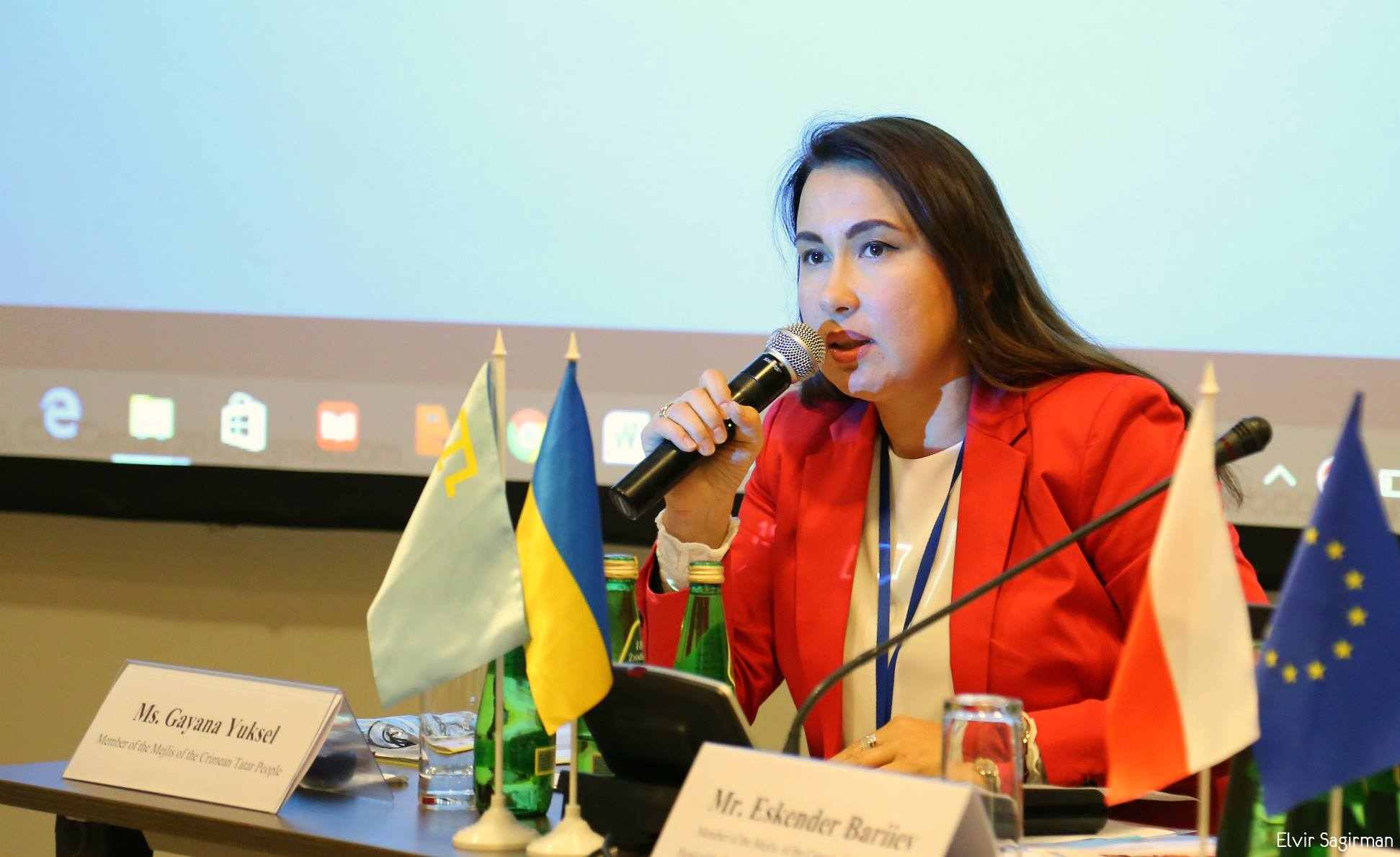 Elvin Kadyrov informed about the persecutions on religious grounds in Crimea.

According to him, nowadays more than 3000 books are banned in Crimea.

"Before, we could read without restrictions, we had a wide and diverse libraries with books and magazines, but now more than 3000 writings are strictly forbidden", – stated Mr. Kadyrov. 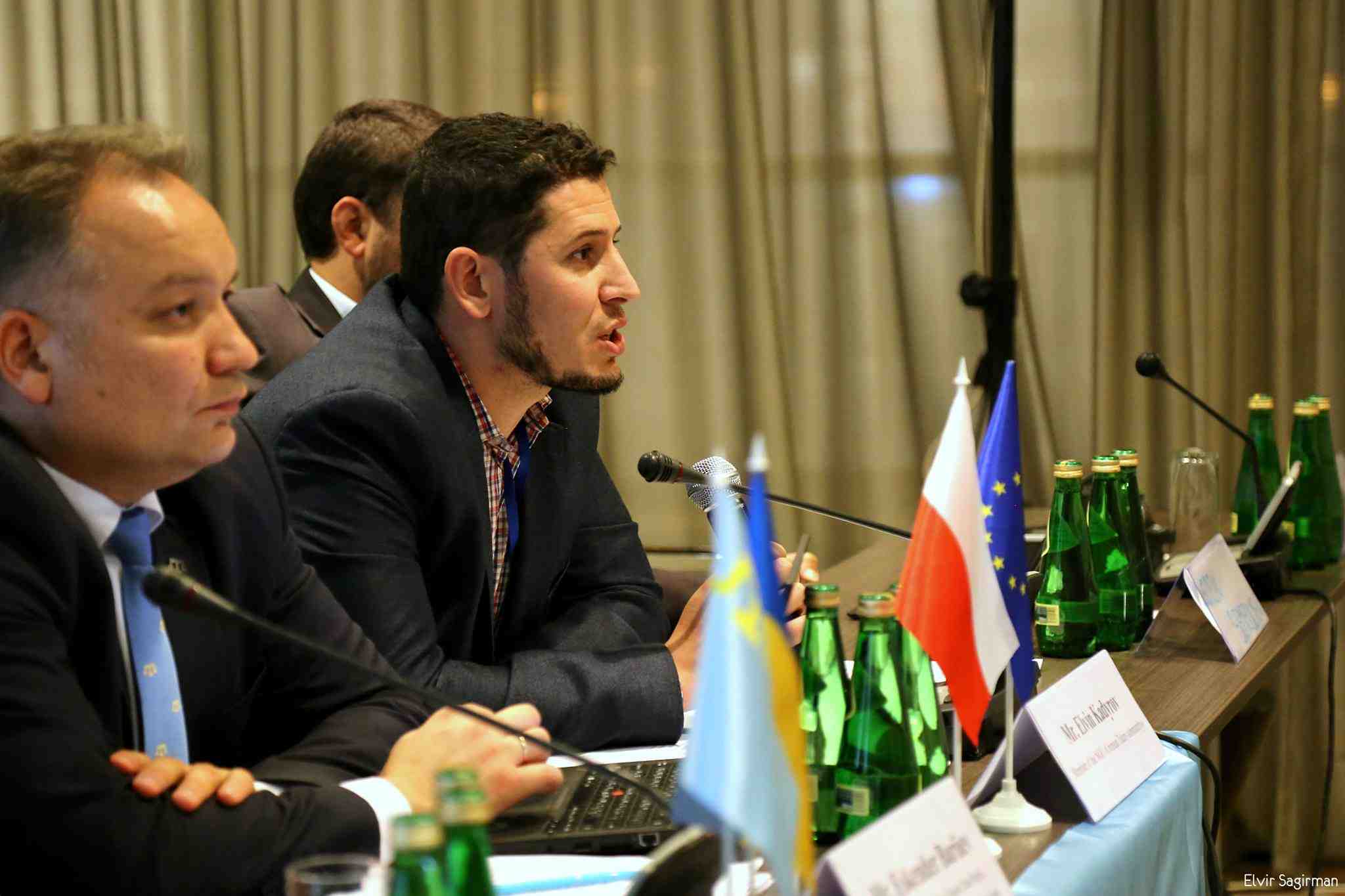 Edem Semedliayev told about the terrible conditions of confinement for the defendants in the so-called "Hizb ut-Tahrir" case. 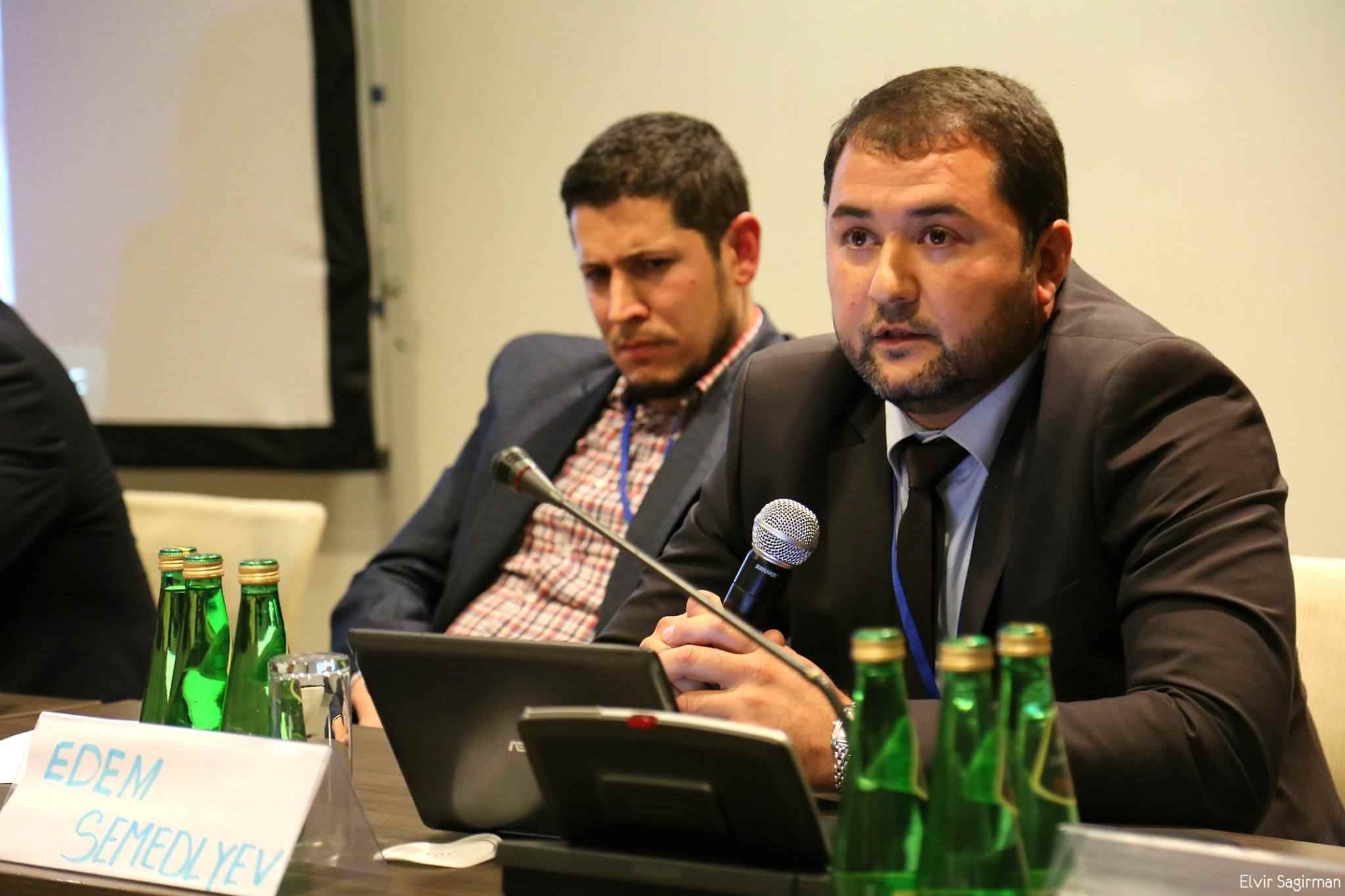 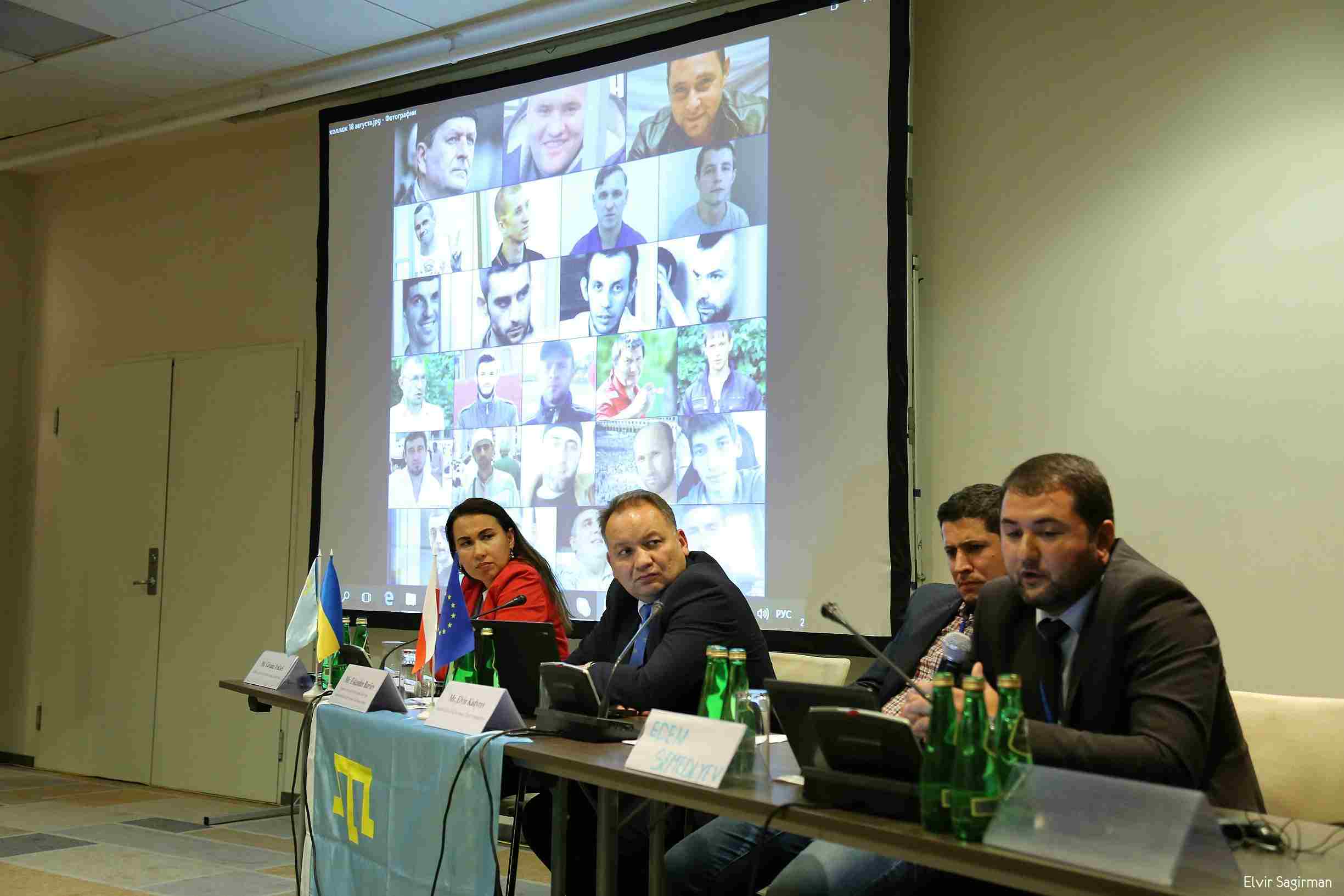 Speakers called on the international community to send the notes to the Russian Federation, stressing their commitment to ensure the rights of the Crimean Tatars as the indigenous people of Crimea in order to avoid further escalation of tensions between the Crimean Tatars and the de facto authorities.

Participants of the side event were given the booklets "Political prisoners of the Crimea", "Missing and dead during the period of occupation" in Russian and English, as well as the legal qualification of the Crimean Tatar people's deportation as an international crime against the indigenous people, prepared by CTRC expert Boris Babin, in English and French. 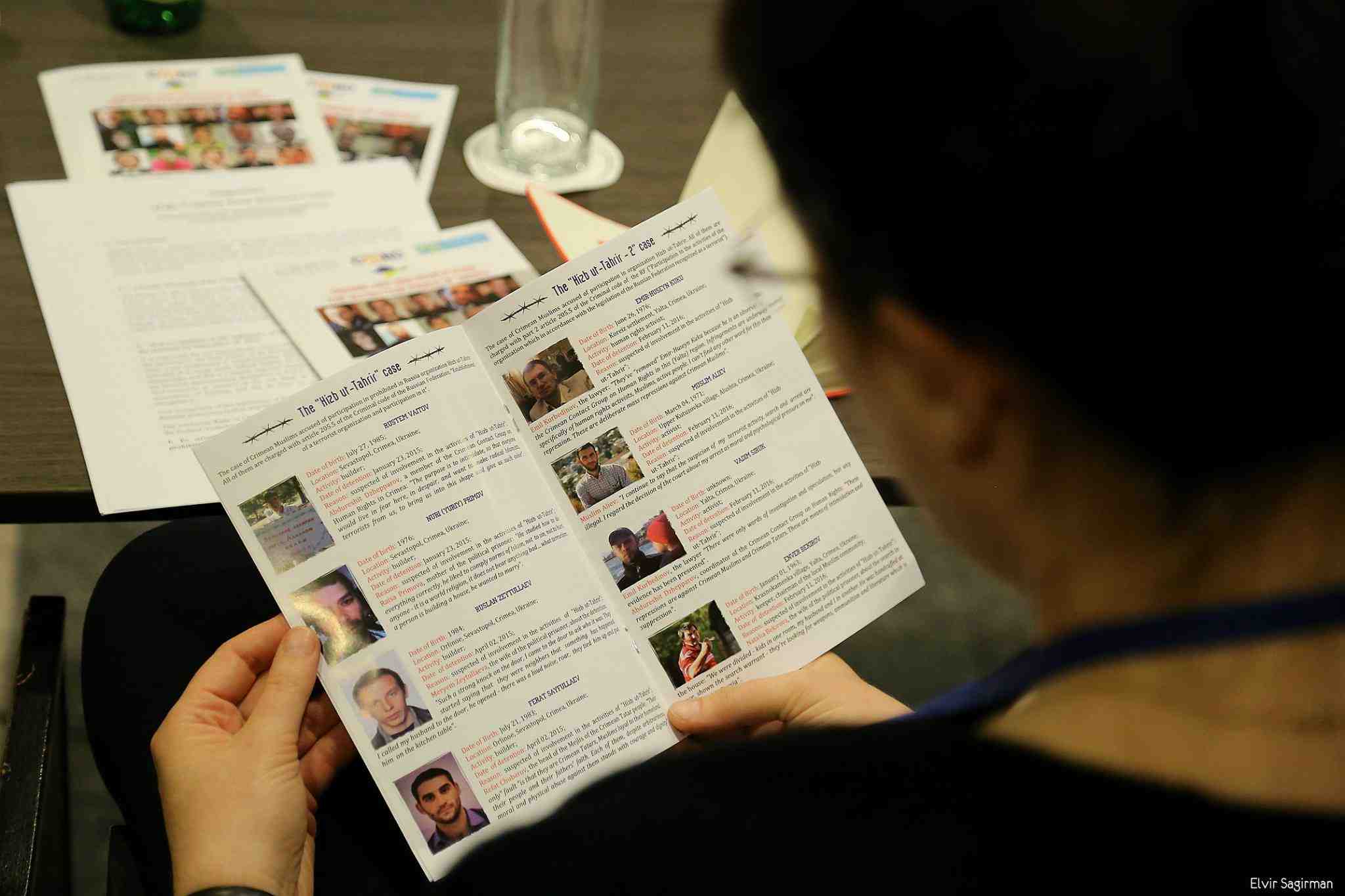 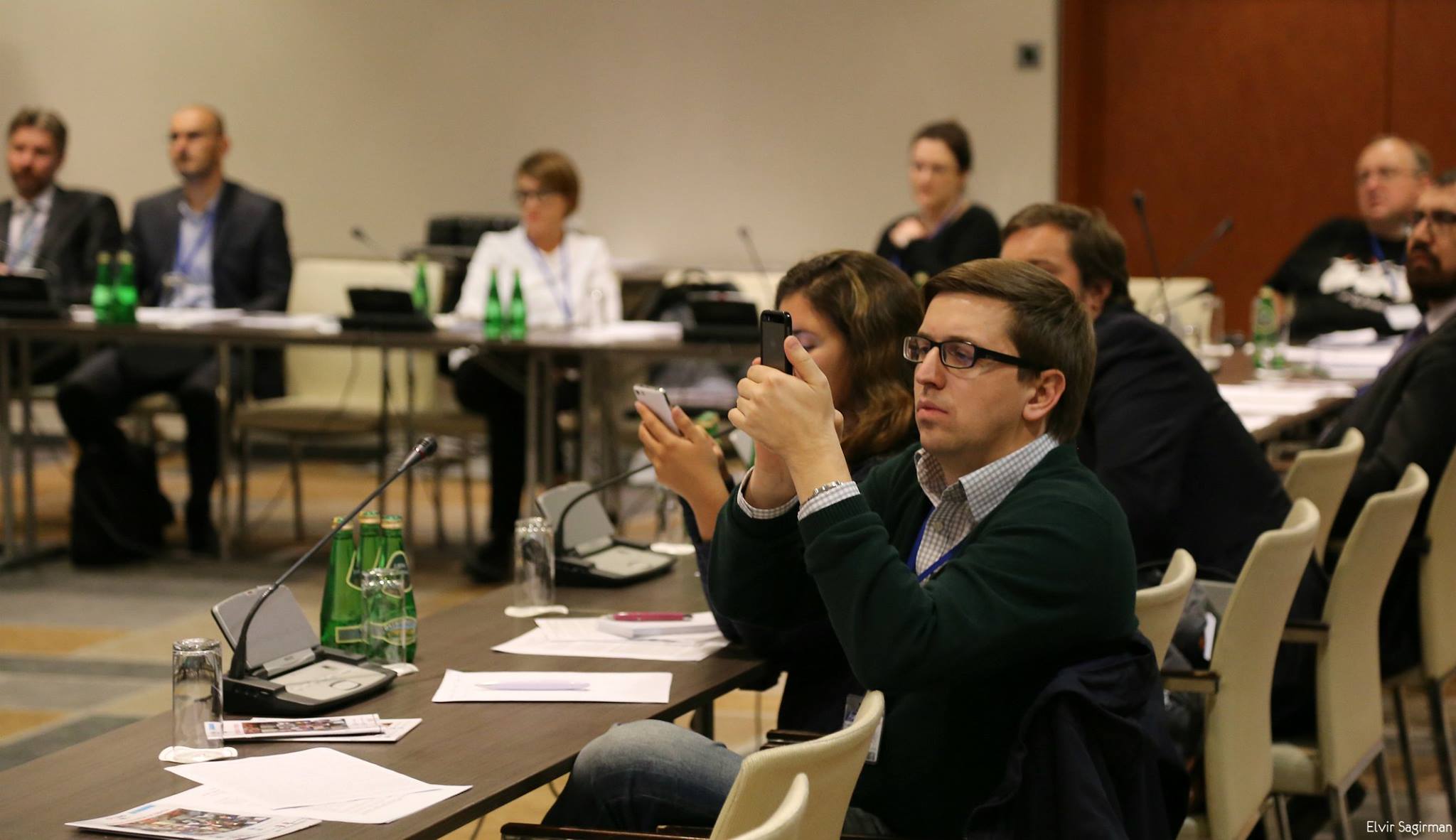 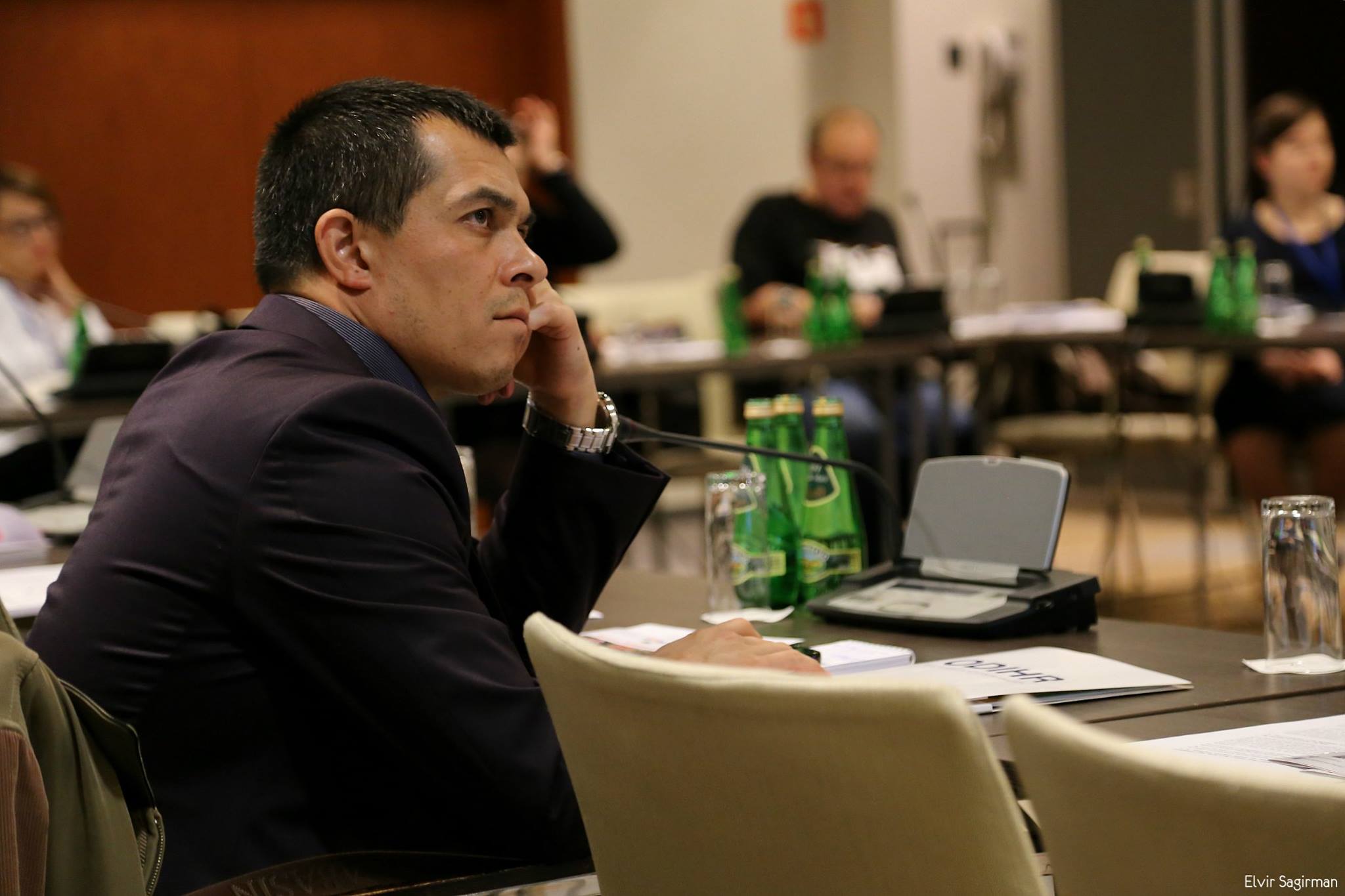