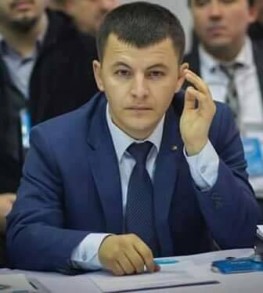 In Minority Rights Group International (MRG’s) statement on March 22 to this Council, MRG expressed deep concern about  the then ongoing trial by the Crimean Supreme Court of the Crimean Tatar Mejlis, the representative body of Crimean    Tatars. In MRG’s view, the prosecution of the case on grounds of ‘extremism’ was unfounded and the Court’s decision to  ban the Mejlis would have legitimized the persecution of Crimean Tatars, risked silencing the collective voice of Crimean Tatars and could herald further repression. Given that the charge of ‘extremism’ can be extended to organisations associated with the Mejlis, this ruling would pose a further threat to the 250 LocalMejlis . In particular MRG is especially worried about the physical safety of members of the Mejlisand anybody associated with them– namely a large part of the Crimean Tatar population. .

In MRG’s view, these actions against prominent leaders and activists of Crimean Tatar people can be directly linked to the prior banning of the Mejlis and the broader restriction of civil space, that has included the harassment and even closing of Crimean Tatar media, religious centres and social and cultural organisations. The cumulative effect of these restrictions on civil freedoms and other violations of Crimean Tatars’ human rights has been a worsening of the climate of fear among Crimean Tatars, who are increasingly feeling as being under attack as a people.

In order to avoid further escalation of tensions between Crimean Tatars and the de facto authorities, MRG urges the international community to send a strong message to the Russian Federation, emphasizing its obligation to secure the human rights of Crimean Tatars as indigenous people of Crimea. Among else, this means: