On Thursday, September 15, at the Ukrinform news agency, the Crimean Tatar Resource Center spoke about the results and results of the #LIBERATECRIMEA information campaign, designed to raise the level of awareness of the population of Ukraine about the situation in the occupied Crimea. 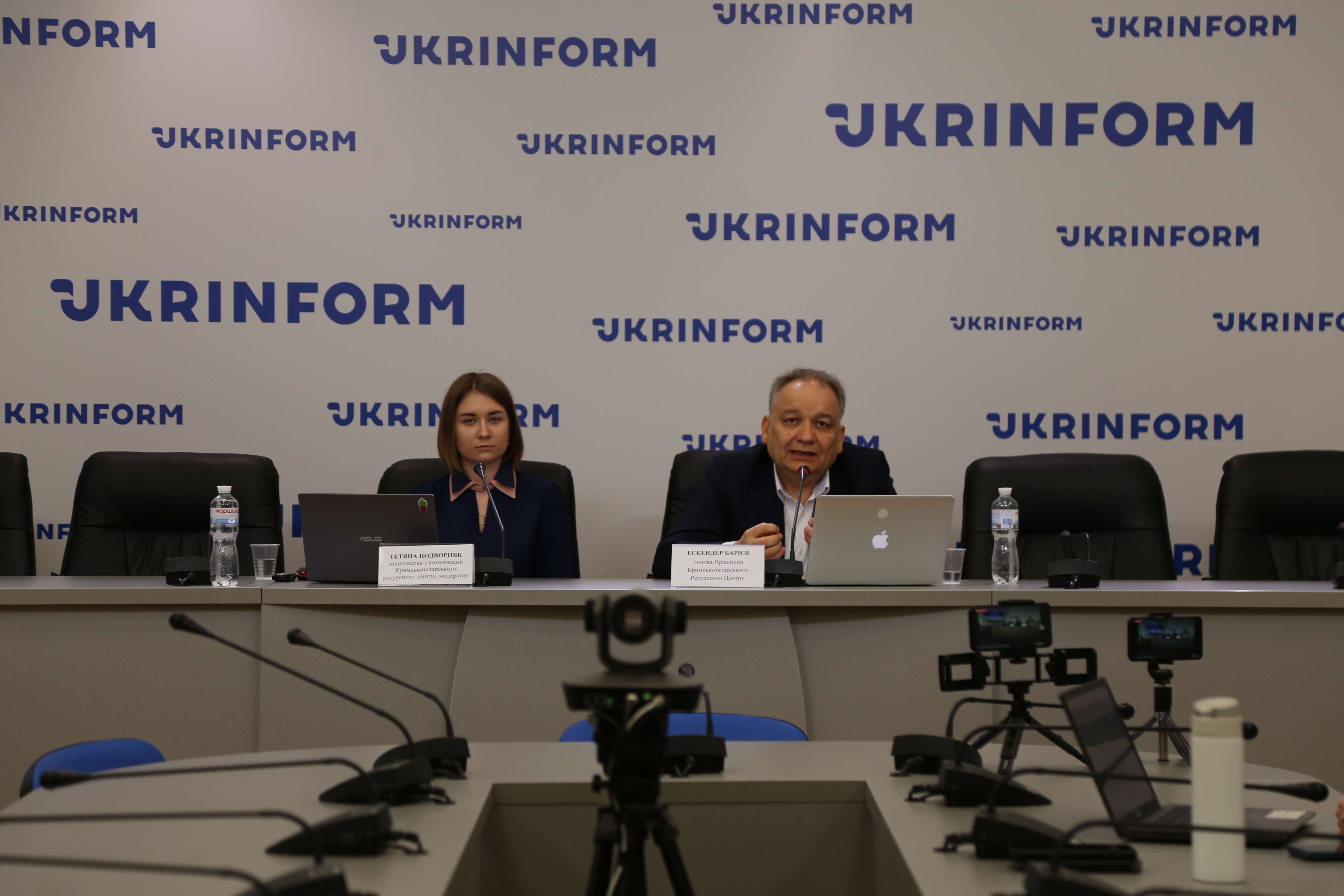 Oksana Sakhno - program manager of the Program for promoting social activity Join us!;

However, according to Eskender Bariiev, we are faced with the fact that the average Ukrainian is beginning to adapt to the fact that Crimea is not under the control of Ukraine.

Therefore, it is necessary to carry out constant work to inform the Ukrainian society about the situation in Crimea. With this in mind, the Crimean Tatar Resource Center launched the #LIBERATECRIMEA information campaign dedicated to four historical dates associated with Crimea:

Tetiana Podvorniak spoke about the results of the information campaign in numbers:

- posters were placed on 439 billboards and city lights in different cities of Ukraine, and reached at least 22,350,822 people;

- a promo video was presented with the participation of famous Ukrainians such as Jamala, Sviatoslav Vakarchuk, Taras Topolia, Sevhil Musaieva and Akhtem Seitablaiev. The promo video reached 512,492 people.

- a competition of video stories My Crimea was held, information about which covered 274,214 people and had 5,787 interactions, 14 applications for participation in the competition were received.

In addition, the messages of the CTRC as part of the information campaign were also reflected in the rhetoric of Ukrainian politicians. For example, President of Ukraine Volodymyr Zelenskyy, during his speech at the second summit of the Crimean Platform, quoted the information campaign of the Crimean Tatar Resource Center: “In Crimea, it has begun… In Crimea, it will end!”

It should be emphasized that this project was supported by the Join us! Community Activism Assistance Program funded by the United States Agency for International Development (USAID) and implemented by Pact in Ukraine.

“Join us! program wants to note the adaptive ability of the CTRC, because in a short period of time it was able to adapt its information products, messages about de-occupation, territorial unity and integrity, and as a result, the campaign became even more visible and understandable, both in Ukraine and abroad. Program to promote social activity Join us! believes that the CTRC did an excellent job with its activities”,- added Oksana Sakhno, a representative of the Join us! program.

The event was also joined by artist Andrii Yermolenko, who all the time helped bring the ideas of #LIBERATECRIMEA activists to life in the form of incredible posters.

“The information campaign has made a huge breakthrough, both in Ukraine and in the world, so every Russian understands that Crimea, although temporarily occupied, is the territory of Ukraine. It is very cool that many people join the campaign, volunteers who publish new ideas. People understand that everything started in Crimea and it will end in Crimea. Victory will come when we plant our flag on the territory of Crimea and the Donbas”,- he added.

We remind you that earlier the Crimean Tatar Resource Center presented a new information campaign #LIBERATECRIMEA, which is designed to raise the level of awareness of the population of Ukraine about the situation in the occupied Crimea.

More details about this campaign can be found on the landing page - https://www.ctrcenter.org/liberatecrimea/, as well as on our social networks: