Home / News / NATO in the media of the occupied Crimea: If NATO invades Crimea, Russia will strike back at London

NATO in the media of the occupied Crimea: If NATO invades Crimea, Russia will strike back at London

If NATO invades Crimea, Russia will retaliate against London, the Russian media circulated the message, referring to an unnamed (perhaps non-existent) Chinese journalist. 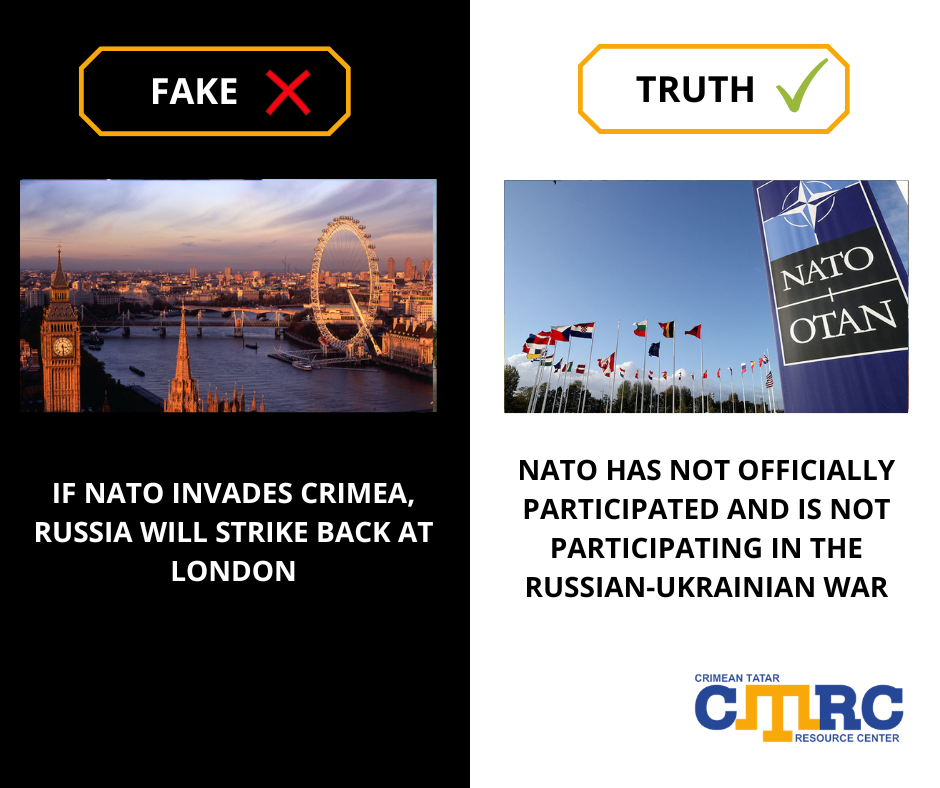 In reality, NATO never planned to attack Crimea. Moreover, the task of de-occupying the peninsula lies not with the NATO troops, but with the Ukrainian authorities and the Armed Forces of Ukraine. And NATO has not officially participated and is not participating in the Russian-Ukrainian war.

We remind you that the Crimean Tatar Resource Center has launched a new column NATO in the media of the occupied Crimea, aimed at tracking fake information in the temporarily occupied Crimea about the values, goals and current activities of NATO and debunking this information.