Explosions in the occupied Crimea 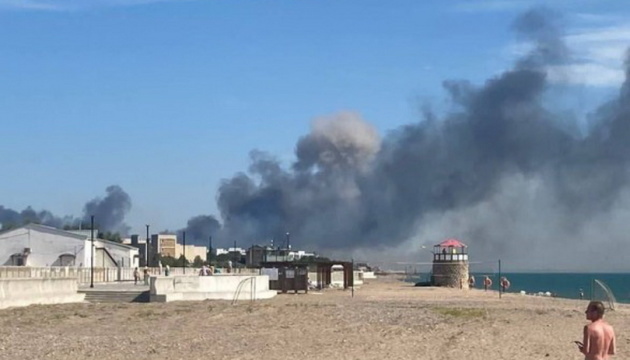 In the morning in the village of Azovse, Dzhankoi district, explosions were heard in the military unit of the occupiers.

According to activists of the Crimean Tatar Resource Center, a military unit of Russian occupants was hit in Crimea. The ammunition depot was hit around 07:41 am.

Later it became known that there were clouds of black smoke above the military air base in the village of Hvardiiske, Simferopol region of Crimea. Explosions were heard.

We remind you that on August 9, explosions were heard in the area of Novofedorivka, where the Russian military base is located. The Ministry of Defense of the Russian Federation stated that at the airfield there was a detonation of aviation ammunition.