Home / News / In the occupied Crimea, drivers began to remove the letters Z and V from their cars

In the occupied Crimea, drivers began to remove the letters Z and V from their cars

In April 2022, the Crimean Tatar Resource Center launched an information campaign aimed at combating supporters of Z-fascism in the occupied Crimea, who stick the letter Z or V on their vehicles and thus support fascism and become participants in a crime against humanity. 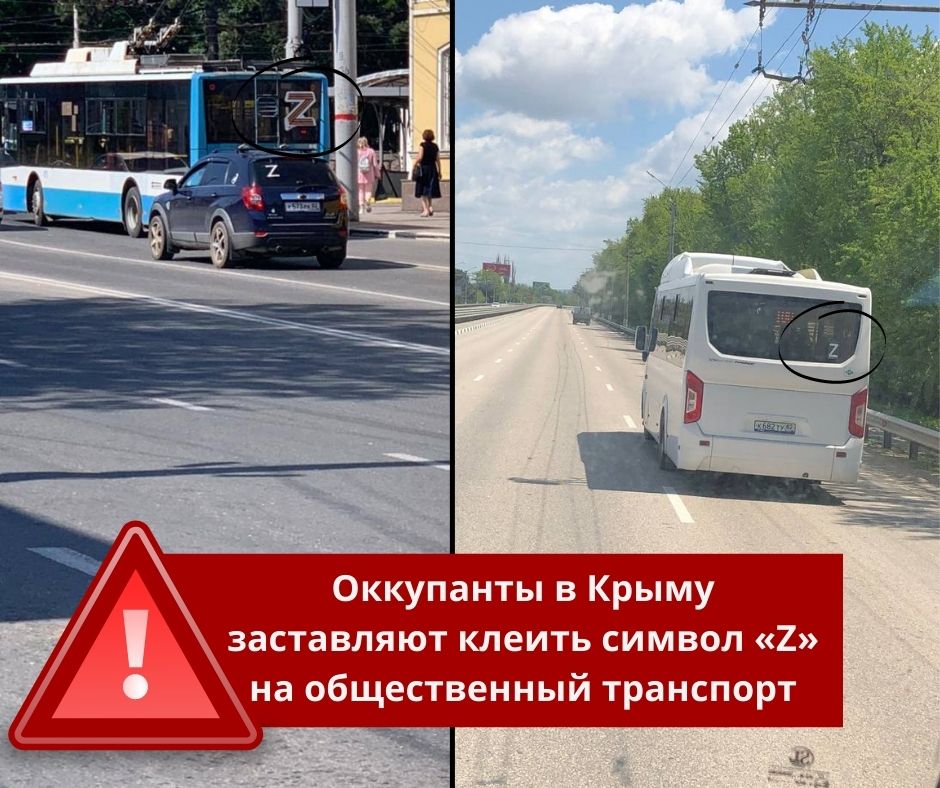 Z and V are symbols of the Russian invasion of Ukraine in 2022. It is under these signs that the Russian army has committed and continues to commit numerous crimes against humanity: the genocide of the Ukrainian people, massacres of civilians, abuse of women, murders, kidnappings of children and other war crimes.

These symbols are prohibited in Ukraine, as well as in a number of other countries of the world: Germany, Latvia, Czech Republic, Moldova, Lithuania. And Kazakhstan and Kyrgyzstan have directly banned the depiction of the Z symbol on vehicles in public places. The list of countries that ban these signs is growing rapidly.

In addition, for propaganda of the Russian neo-Nazi totalitarian regime, you can be severely punished in accordance with the legislation of Ukraine, and for example, in Germany you are threatened with imprisonment for up to three years.

This campaign has been running for over three months and we are already seeing results. According to our activists in the occupied Crimea, in Kerch, Simferopol, Sevastopol, Yevpatoriia and other cities, the number of cars with Z and V stickers has significantly decreased, but the occupation authorities are forcing public transport (buses, minibuses, etc.) to marked with these fascist symbols.

Therefore, we continue our activities further to identify all supporters of Z-fascism in the occupied Crimea. We currently have over 1,000 vehicle numbers in our database. In the near future, we will transfer these lists with identified license plates and data of the owners to the Prosecutor's Office of the ARC, the National Police of the ARC and the SSU.

Everyone will be punished!

Friends, if you come across cars with the symbols Z and V in the occupied Crimea or the new occupied territories of Ukraine, please send us a photo to record such crimes, and also warn your friends and relatives not to stick these symbols on your vehicles. (signal - 380673437454)