Center URALIC, which is a partner of the Crimean Tatar Resource Center, has prepared a black list of Finno-Ugric representatives of the Russian Federation who publicly supported the Russian war against Ukraine. 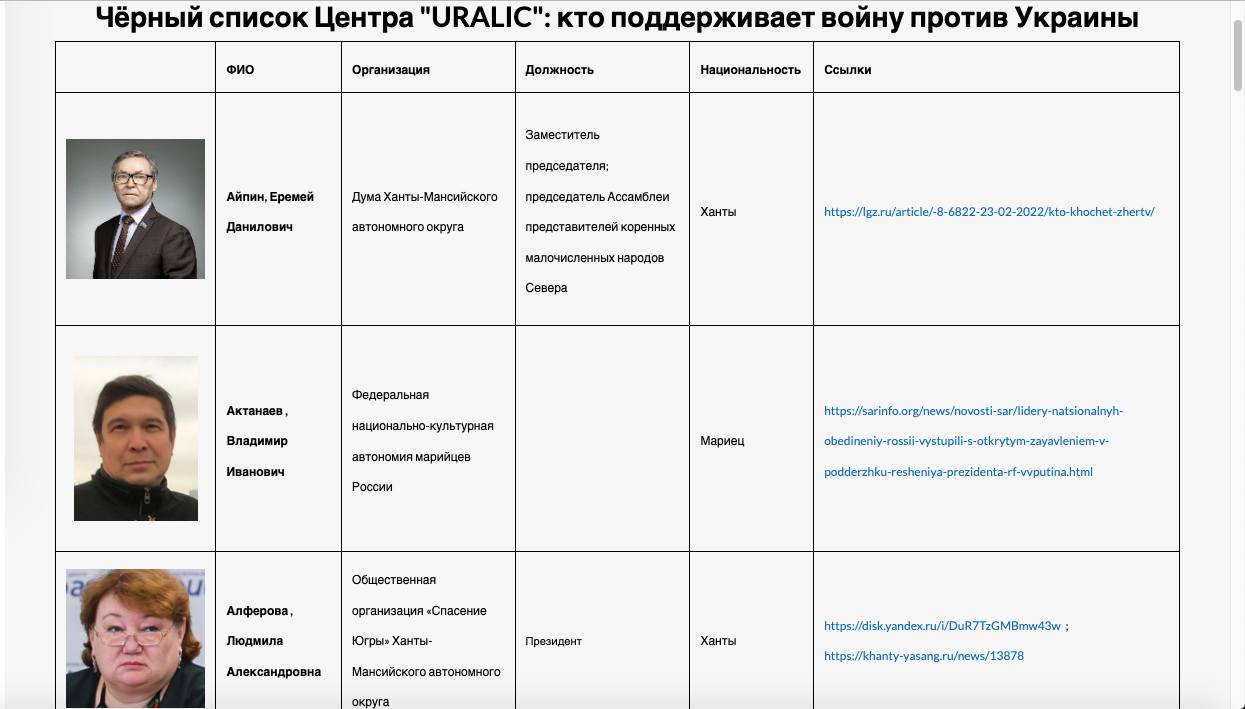 The primary list can be found at the link https://www.uralic.org/blacklist_ru/list

The list of these figures will be sent by the Crimean Tatar Resource Center to the competent state bodies of Ukraine for the imposition of sanctions against them.

We remind you that the activities of the URALIC Center are aimed at the development of indigenous peoples and are based on cooperation in the field of culture and civil society of the Finno-Ugric and Samodian peoples.

In addition, the URALIC Center is one of the initiators of the creation of the International Movement for the de-occupation of Crimea and solidarity with the Crimean Tatar people #LiberateCrimea.