Human rights organizations discussed the results of their activities

On Monday, November 29, a number of human rights organizations held an online working meeting, during which they discussed the results of their activities. In particular, the Head of the Board of the Crimean Tatar Resource Center Eskender Bariiev spoke about the work of the CTRC and the results of its work. 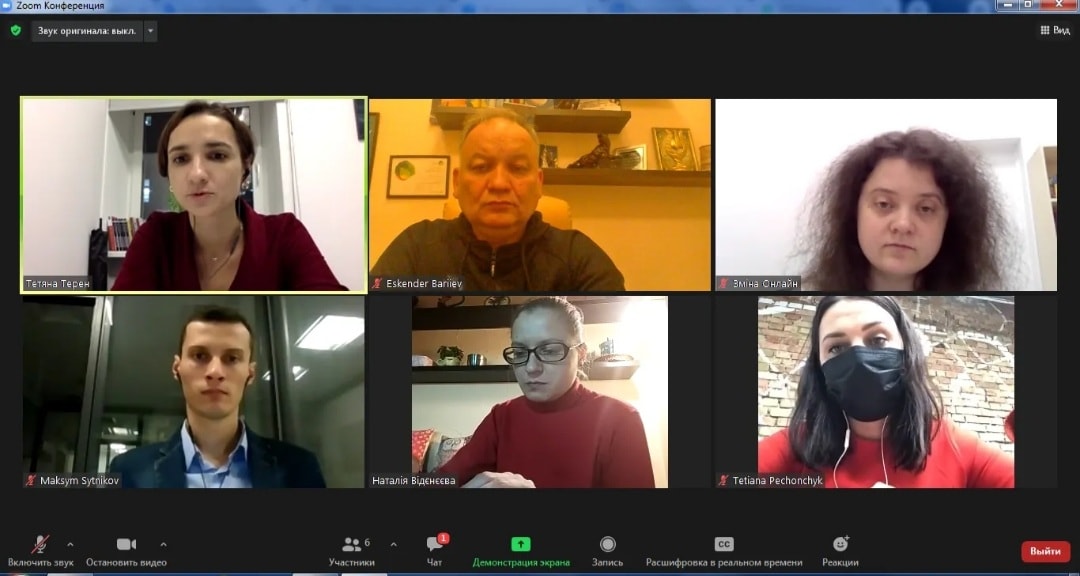 During the working meeting, Bariiev informed the participants about the advocacy campaigns of the Crimean Tatar Resource Center Atalık (Godfather), MP, help the prisoners of the Kremlin! The Head of the Board of the CTRC informed about the communication with the MPs of Ukraine and noted those politicians who have already taken patronage over the political prisoners of the Kremlin.

The expert also drew attention to the gross mistakes that some human rights defenders and statesmen of Ukraine made during various statements, speeches, etc.

2. There are no clear criteria for determining the Crimean prisoners of the Kremlin, and therefore some organizations, state bodies include them in the list of prisoners of war or political prisoners from the Donbas and other regions of Ukraine.