Expert of the Crimean Tatar Resource Center Serhii Parkhomenko believes that the statement of the unrecognized President of the Republic of Belarus Aleksandr Lukashenko that Crimea is de facto and de jure Russian and that Lukashenko is ready to visit the occupied Crimea is a confirmation of the actual loss of sovereignty by Belarus. It is also an illustration of the fact that Russia and Belarus in the geopolitical sense should be considered as one subject of international relations under the guise of the so-called Union State of Russia and Belarus. 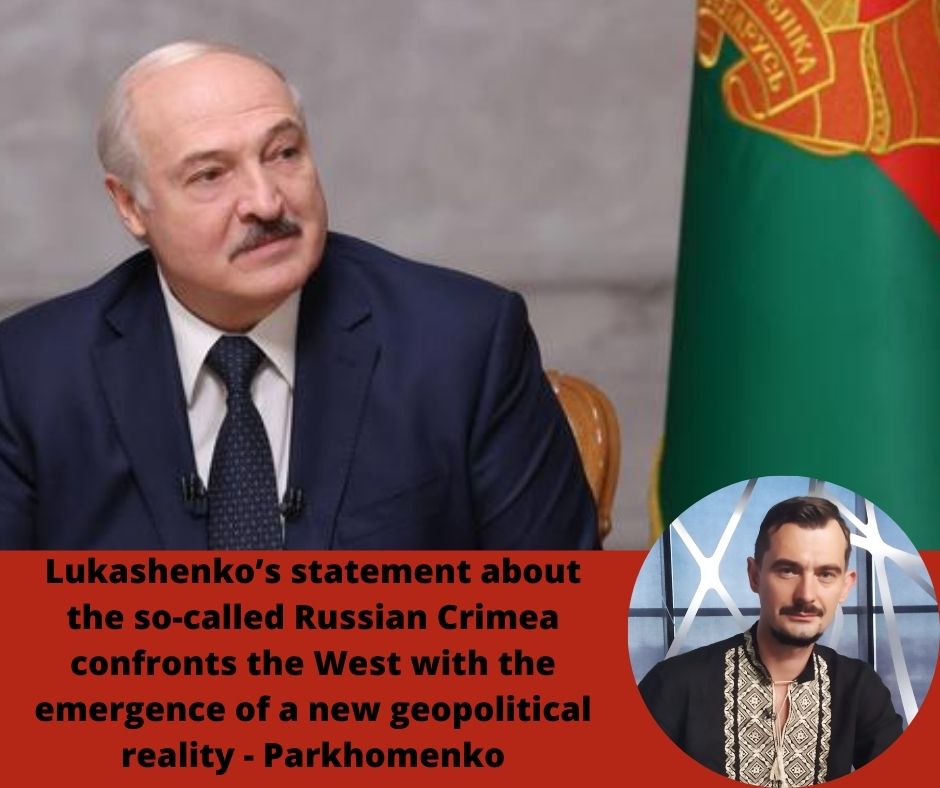 “Until this year, Belarus tried to stay away from the conflict between Russia and Ukraine and pursue a multi-vector policy. So far, judging by the statements of Lukashenko, Belarus is ready to officially support the aggressive policy of the Russian Federation against Ukraine, in particular, in Crimea and in ODDLR. This is a serious challenge not only to Ukraine, but to the entire West. In this regard, the NATO member states, the EU, and other partners of Ukraine, first of all, the Crimean Platform member states, we all need to reconsider our policy both in relation to the Republic of Belarus and in relation to Russia”- he stressed.

The expert added that it makes no sense to speak separately with Lukashenko now - he fully fulfills Putin's political will. Kremlin is even responsible for the internal events in Belarus, which encourages Lukashenko's repressions against his own citizens and contributes to the escalation of the migration crisis on the western border of Belarus.

According to Parkhomenko, restrictive measures against Belarus will have no effect - new realities need to strengthen Western sanctions against the Putin regime, which bears full responsibility for the situation on the territory of Ukraine's northern neighbor.