The Council of Europe Commissioner for Human Rights Dunja Mijatović condemned the arrest of the Crimean Tatar lawyer Edem Semedliaiev, as well as the detention of activists who simply came to meet the lawyer to the temporary detention center. 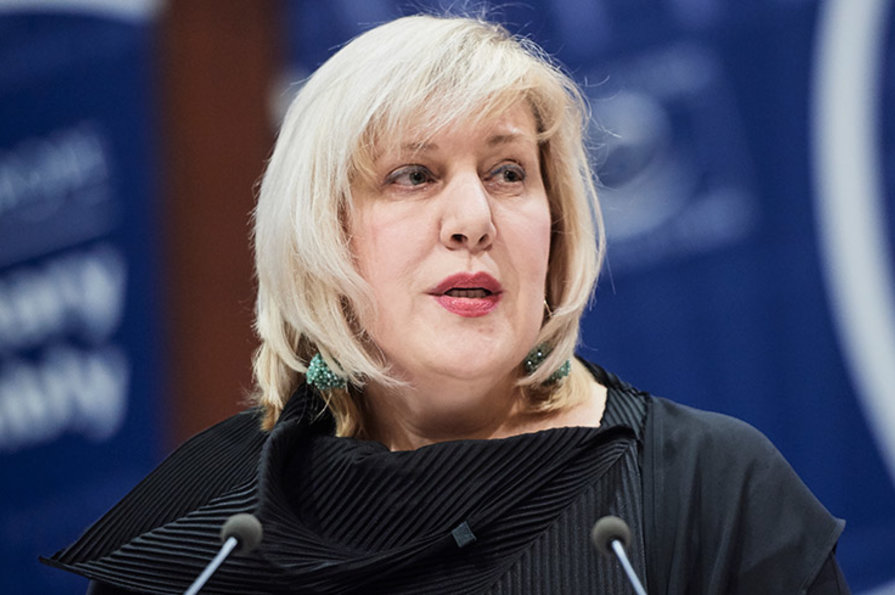 “The detention and subsequent arrest of a large group of Crimean Tatars, including several journalists who peacefully gathered in Simferopol last Tuesday to meet the released human rights lawyer Edem Semedliaiev, is a recent example of a series of harassment and attacks directed at members of this community”,- she emphasized.

Mijatović added that these actions reinforce the trend of persecution of Crimean Tatar human rights defenders, activists, leaders and journalists.

“Those who fearlessly defend the rights of Crimean Tatars, like Edem Semedliaiev and his fellow human rights defenders, face harassment, including arbitrary detention and arrest, administrative and judicial harassment, searches, surveillance and threats. In addition, all media, with the exception of a few independent Crimean Tatar publications, were forced to cease their activities in Crimea, and those who remained continue to be censored and pressured”,- she explained.

Mijatović calls on the Russian Federation to put an end to arbitrary arrests, searches, detentions, and criminal prosecutions based on abuse of terrorist and extremist charges or other trumped-up charges.