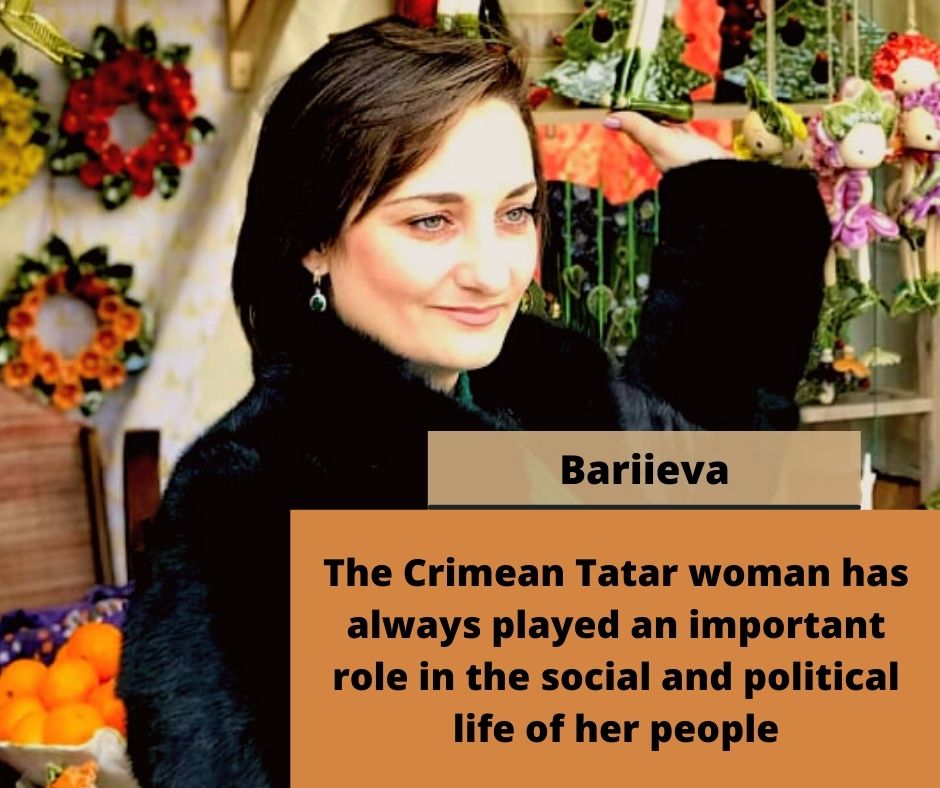 Zarema Bariieva noted that Crimean Tatars had their own charity funds, sought to support low-income families, were engaged in charity work, built mosques and madrasahs. Back in the pre-Geray era, and this is 1434, Indzhi-Bek-Khatun built one of the first madrasahs in the northern Black Sea region in Eastern Europe. This suggests that the Crimean Tatars were in awe of education.

She also remembered such famous women as Sayde Mufti-Zade and Shefika Gaspıralı, who actively advocated for women's rights in the world community.

“When at the beginning of the 20th century a woman in Europe fought for the right to vote, Crimean Tatars were already endowed with it. Moreover, 9 Crimean Tatar women held key positions in the government, attended political conferences along with men, participated in the political life of their republic, and this says a lot”,- the expert explained.

The representative of the CTRC stressed that Crimean Tatar women have always stood shoulder to shoulder with their men, in all periods of the history of the Crimean Tatar people. After the deportation in 1944, Crimean Tatars took an active part in the national movement.

But, unfortunately, since the beginning of the occupation of Crimea by Russia in 2014, hundreds of activists have come under repression because of their civic stance. If at first they were practically only men, then a little later acts of intimidation began against women as well. Women activists, women lawyers, women writers, women journalists, women bloggers, as well as wives, mothers, and daughters of Crimean political prisoners began to fall under repression.

“In only 7 years of occupation in Crimea, 12 women were killed, 7 criminal cases and hundreds of administrative cases against women were fabricated. Instead of caring for women and preventing violence against them, the occupying country directly participates in it”,- Bariieva added.

It is worth noting that only on November 24, the so-called courts of the occupied Crimea fined 9 Crimean Tatar activists for coming with balloons to the temporary detention center to meet the illegally convicted lawyer Edem Semedliaiev. The sum of all fines was 101,000 rubles.