Manager of the Crimean Tatar Resource Center Liudmyla Korotkykh during the online conference UN Convention on the Rights of the Child: How to Protect the Rights of Children in Crimea? noted that the Convention provides for mechanisms to protect the rights of children. The expert believes that Ukraine needs to actively use the opportunities presented by the document. 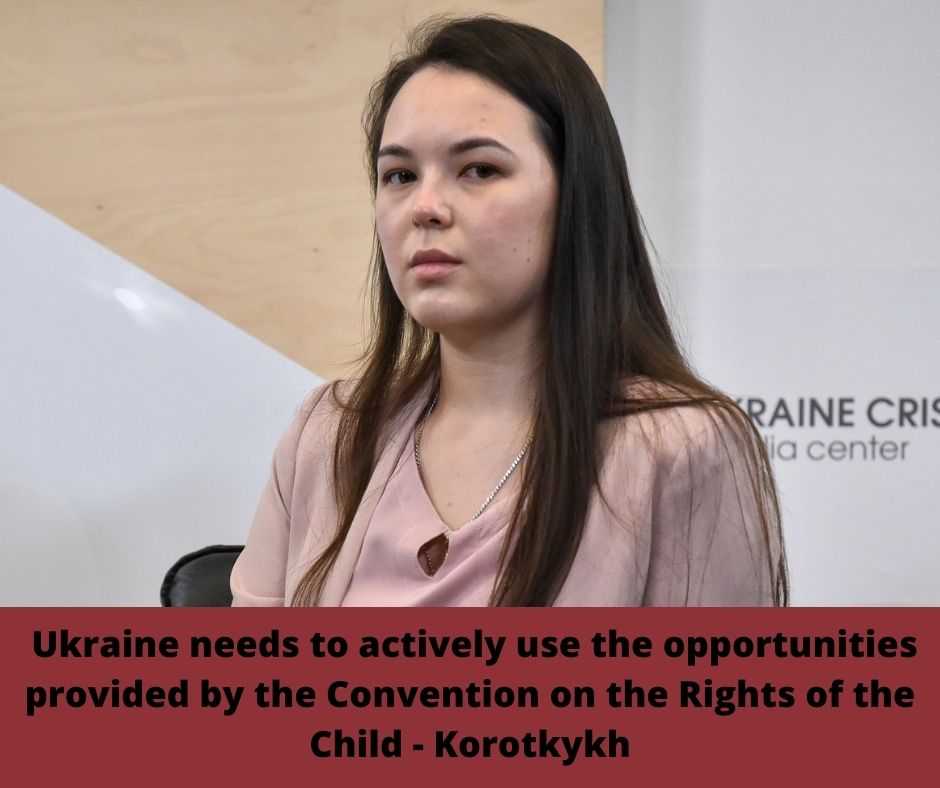 “The Convention on the Rights of the Child occupies an important place in the UN human rights treaty system. The process of separate consolidation of children's rights has been going on since 1959, the adoption of the Declaration of the Rights of the Child, which contained 10 articles, essentially 10 principles. They returned to this issue in 1979, proclaimed the International Year of the Child. From 1979 to 1989, the Commission on Human Rights continued to work on the text of the Convention. And on November 20, 1989, the UN General Assembly adopted the Convention, which entered into force in September 1990”,- she said.

As Korotkykh noted, in 2000, two Protocols to the Convention were adopted: on the situation of children in armed conflict and on the sale of children, child prostitution and child pornography. In 2011, another Optional Protocol to the Convention was adopted, which establishes a mechanism for notifying the Committee of specific violations of the rights of the child.

“The Convention on the Rights of the Child, as well as other similar treaties, created a Committee, which is entrusted with the responsibility to oversee the implementation of the provisions of the Convention in countries that have ratified it. Also, the third optional protocol establishes a procedure for individual communications, as well as interstate communications, but this mechanism is currently unavailable to us due to the fact that the Russian Federation has not ratified this Protocol”,- she explained.

Consequently, the Convention provides for mechanisms to protect the rights of the child. First of all, we are talking about the regular reports of the participating countries considered and evaluated by the Committee. Ukraine is trying to use this tool to protect children in the occupied territories, but it is necessary to make more active use of the opportunities provided by the Convention. Since much attention in the UN system is paid to the situation of children in armed conflicts, which, unfortunately, also takes place in Crimea.