Home / News / Children, women and journalists: who were detained by the Occupants in Crimea?

Children, women and journalists: who were detained by the Occupants in Crimea?

On Tuesday, November 23, the Russian authorities detained 31 people who came to meet lawyer Edem Semedliaiev from the temporary detention center. Among the detainees were: four journalists, ten women and even two minor children. 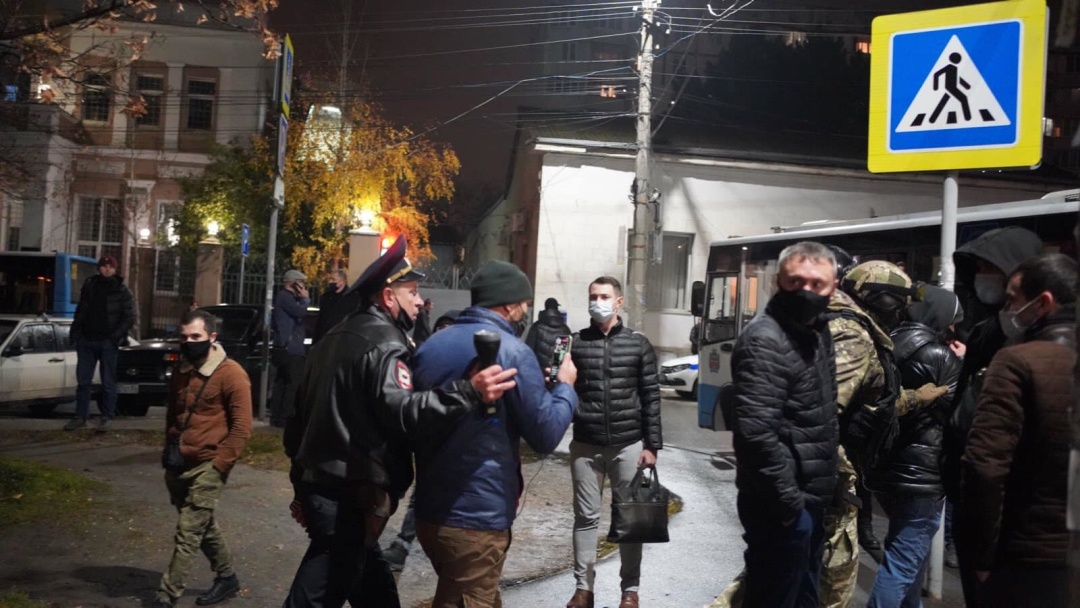 As you know, thousands of children suffered from the occupation of Crimea. Indeed, because of the illegal actions of the Kremlin, their rights are violated. Children are forced to grow up in new realities, when dad can be imprisoned for 15 years, and mom can be detained for several days. But, unfortunately, the occupants practice such methods on children.

On November 23, Russian security forces detained two children: 16-year-old Amar Abdulhaziiev and 14-year-old Mer’iem Kulametova. Despite the fact that they were eventually released, this incident will affect their psyche and will remain in their memory for a long time.

Also, it is no secret that the occupiers actively began to restrict the rights of the female half of the population of the peninsula. Among the detainees there were also 10 women, 5 of them were kept all night in the temporary detention facility:

As a result, the so-called courts of the occupied Crimea decided to fine 9 activists. The total amount was 101 thousand rubles (36,513 hryvnias).

Speaking of freedom of speech in Crimea, it is simply not there. Journalists, civic journalists, bloggers and streamers are systematically persecuted by the Russian authorities in Crimea. Unfortunately, they are forcibly detained, illegally arrested and fined. Sometimes the Occupants even use physical force and abuse Russian law against them.

And that day, November 23, was no exception. Among the detainees were four journalists from the Crimean Solidarity public association, three of them worked with a press card:

The eighth year of the occupation continues, but the Russian Federation is only intensifying its repression. Not only men, but also women and children are in danger...