CTRC handed over the sanctions lists to the Latvian Embassy

On Thursday, November 25, the Crimean Tatar Resource Center held a meeting with a representative of the Embassy of the Republic of Latvia in Ukraine. The interlocutors discussed the situation with the violation of human rights in the occupied Crimea, and also discussed mechanisms for ensuring the protection of human rights on the peninsula. In particular, the diplomat was told about the importance of personal sanctions. 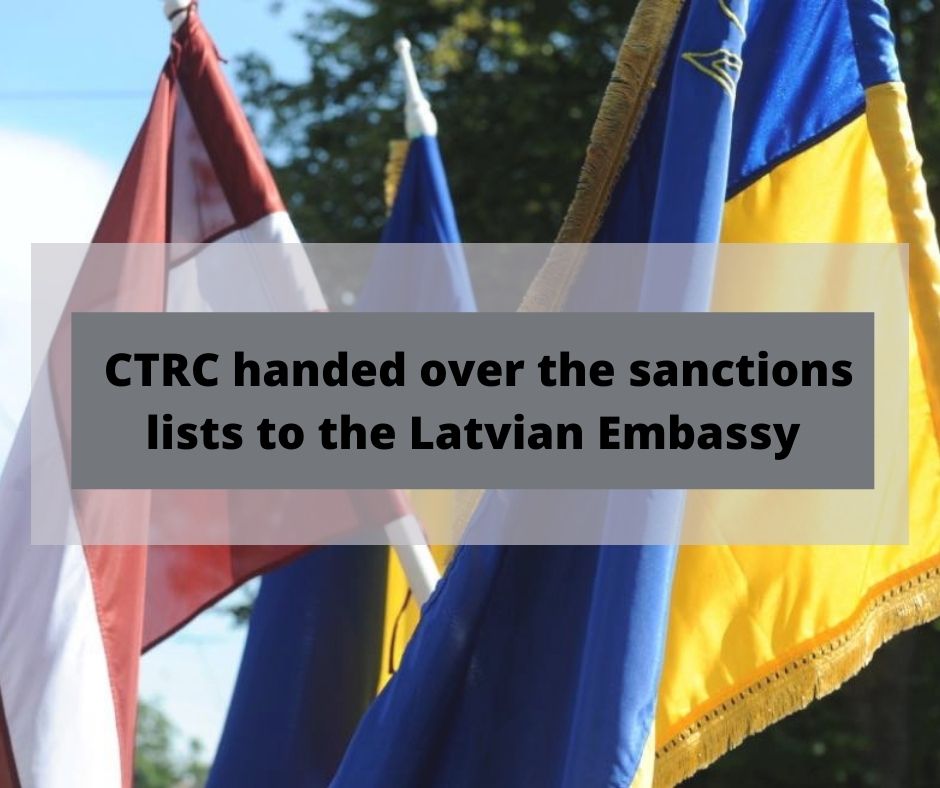 The interlocutors discussed the situation with human rights violations in the occupied Crimea. The diplomats were told about the political prisoners who disappeared and died during the occupation of the peninsula.

But so far, EU sanctions against Crimea have been applied only against persons involved in the violation of Ukrainian sovereignty and territorial integrity, and not against those involved in human rights violations in the occupied peninsula.

“I would like to note that the lists do not include judges, investigators, prosecutors, FSB officers and representatives of law enforcement agencies who are directly related to the violation of human rights in Crimea. Therefore, these lists can be considered incomplete both qualitatively and quantitatively. And those who directly commit violations of human rights remain unpunished”,- added the Head of the Board of the CTRC.

That is why the experts of the Crimean Tatar Resource Center have developed a list of 166 people who violate human rights in the occupied Crimea. In addition, a classification of persons involved in the persecution of political prisoners, their relatives and Crimean activists was presented:

2. Employees of the Ministry of Internal Affairs

3. Employees of the prosecutor's office

7. Employees of the Federal Penitentiary Service

The CTRC team provided the embassy with lists of 50 people involved in human rights violations in Crimea and called for assistance in imposing sanctions against them.

The interlocutors also discussed ways of further cooperation. The representative of the Latvian Embassy thanked the CTRC team for the materials provided and assured that she would pass them on to her colleagues in Riga.