On Monday, October 25, Russian security forces detained 20 Crimean Tatar activists who came as listeners to a so-called court session on the so-called Krasnohvardiiske Hizb ut-Tahrir case. This was reported by the Crimean Solidarity public association. 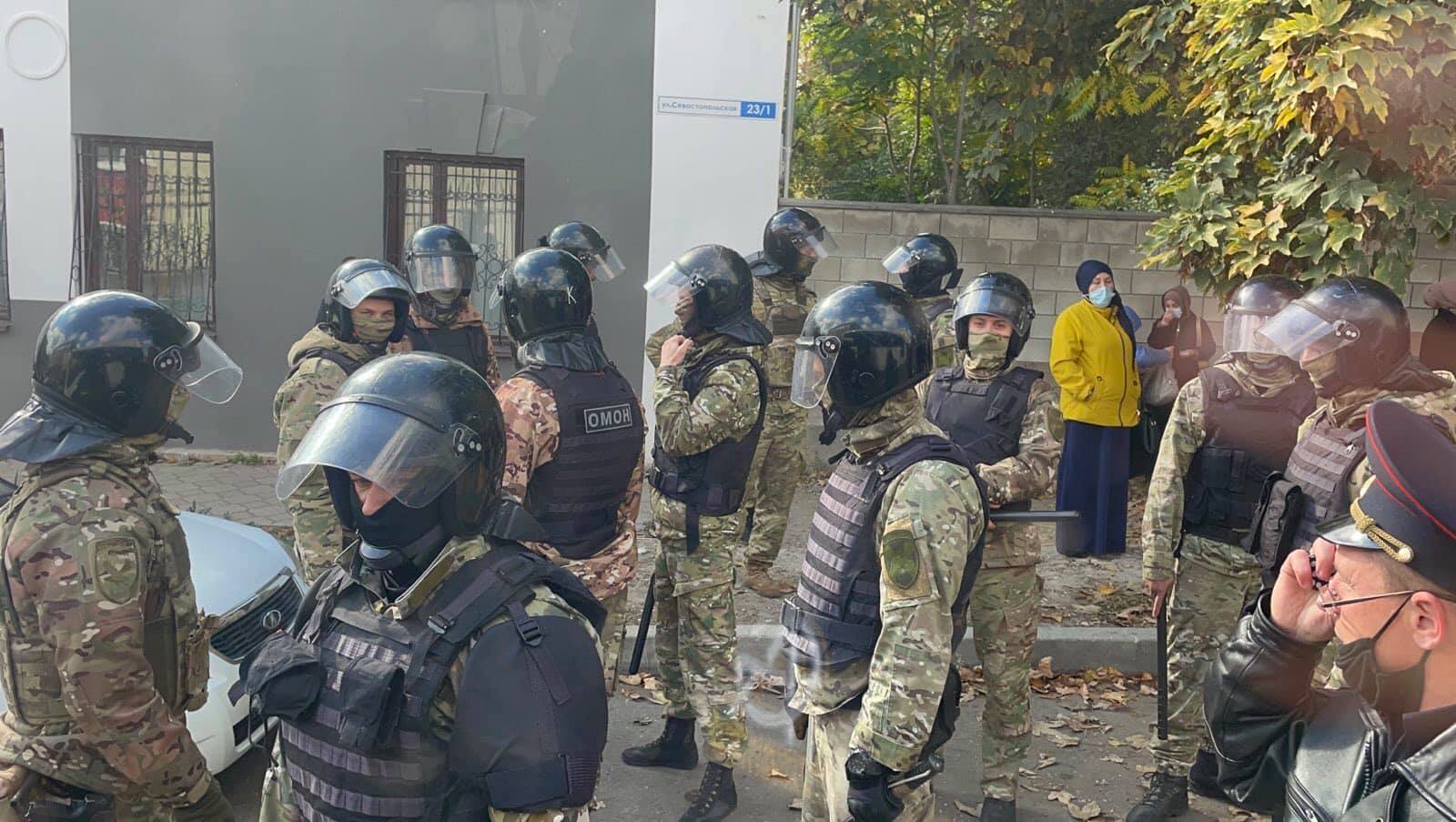 We remind you that on October 11, the Russian security forces detained 15 activists who came under the so-called court building, where they were supposed to consider an appeal against the verdict in the so-called Krasnohvardiiske Hizb ut-Tahrir case. Five people were also detained near the third Central police department of the Russian MIA Directorate for Simferopol.