Home / News / Should the Russian Federation issue an invoice for damage caused to the resorts of the Azov coast?

Should the Russian Federation issue an invoice for damage caused to the resorts of the Azov coast?

Expert of the Crimean Tatar Resource Center Yevhen Khlobystov commented on the statement of the head of the Zaporizhzhia Regional State Administration Oleksandr Starukh that Russia should be invoiced for the damage caused to the resorts of the Azov coast and the disrupted season in the Azov Sea resorts. The expert believes that international claims against the occupier should be presented on other grounds. 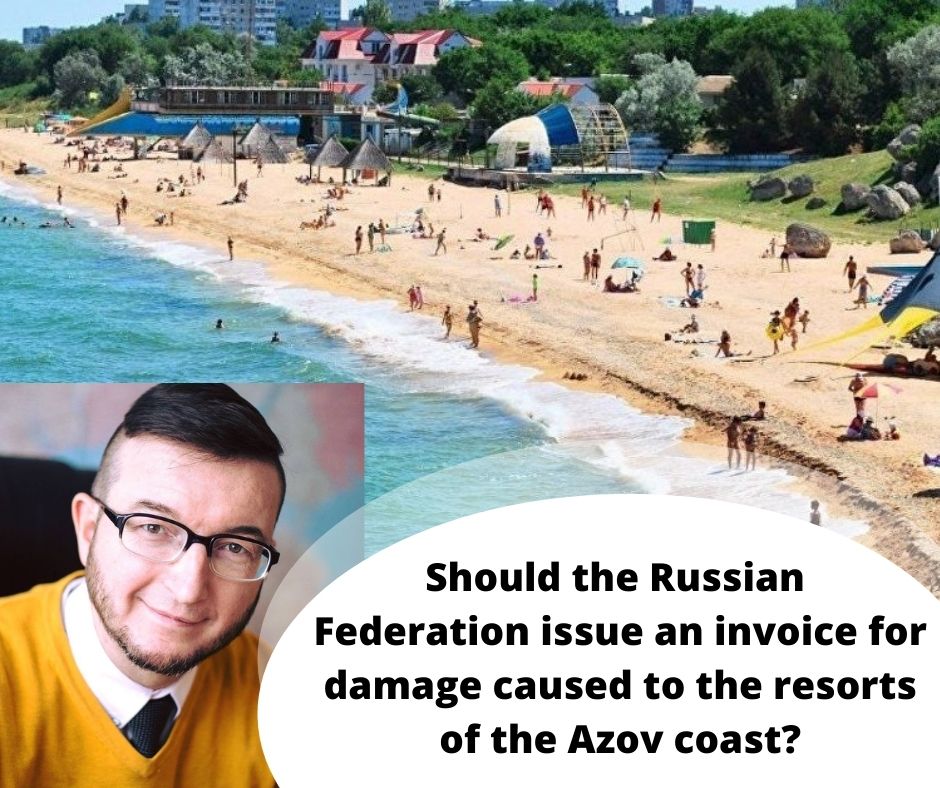 “There are many other natural reasons for these processes. We, of course, will try to record different types of violations associated with the use of natural resources in the Black and Azov Seas - especially in the context of the initiatives of the Crimean Platform. For the time being, I would be wary of making claims specifically on the change in the water content of the rivers, because Russia can dispose of them at its discretion. In addition, we have something to present to Russia from quite obvious violations. This is precisely the reduction of the nature reserve fund, the felling of trees, the uncontrolled withdrawal of water - this is a subject for international discussions. We collect materials and prepare information on this matter”,- the expert said.

Khlobystov once again listed the main environmental problems of the peninsula in connection with the activities of Russia:

- damage from the construction of the Tavryda highway - for the reserve fund, for unique landscapes. According to official data, more than 100 thousand trees and 116 thousand shrubs were cut down, moreover, in protected areas.

- chaotic withdrawal of water from underground horizons: no one controls the process, which can also lead to negative consequences.

- economic activities on the shores of the Black and Azov Seas, bottom drilling in an attempt to pull out deep water horizons from there. Even Russian ecologists are concerned about the lack of preliminary studies and environmental impact assessments.

The expert believes that the salinity of the Sea of Azov is increasing, of course, not because of the Kerch bridge, but because of the change in the water content of the Don and Kuban - it is much shallower in recent years.