Home / News / Persecution and discrimination against women in the occupied Crimea

Persecution and discrimination against women in the occupied Crimea

After the occupation of Crimea by Russia in 2014, hundreds of activists have fallen under repression for their civic position. First of all, there were only men. However, the Russian authorities did not stop and began to infringe on the rights of the female half of the population of the peninsula. 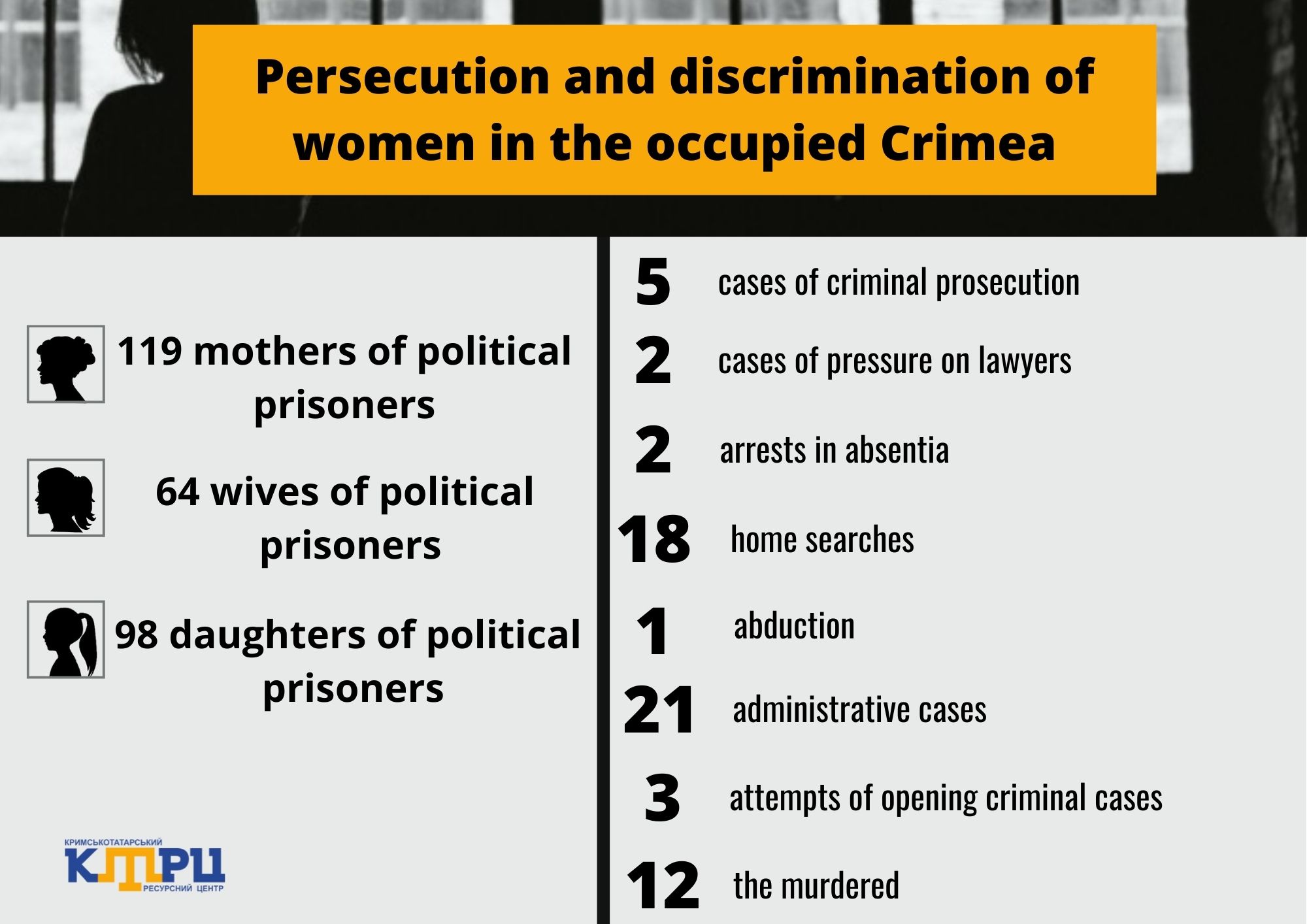 The occupants no longer look at the floor. Hundreds of women and girls have faced harassment and discrimination.

The most vulnerable group on the peninsula are the families of the Kremlin's political prisoners, who were left without male support:

The persecution of Crimean activists has become a negative trend. Since 2014, the CTRC has recorded the following violations of women's rights:

the teacher of the Crimean Tatar language Lenara Mustafaieva

21 administrative cases in relation to:

2 cases of pressure on lawyers:

In addition, 12 women died during the occupation:

We see that women in Crimea are subjected to violation of their rights and psychological pressure by the occupation authorities.

We demand from Russia to fulfill its international obligations and end discrimination against women and illegal persecution of all residents of Crimea.

233 political prisoners and persecuted in the criminal cases over the occupation period of Crimea, 165 of them are the representatives of the Crimean Tatar people
Сlickable chart

????? ?? @ctrcenter
facebook
youtube
Should the Russian Federation issue an invoice for damage caused to the resorts of the Azov coast?
Crimean woman detained near FSB building was fined for a lack of Russian passport
Nariman Dzhelyalov: I will continue to fight in prison
The so-called court in Simferopol fined a Crimean resident who came to the FSB building after arrests of the Crimean activists
Representative of Mejlis met with the Chairman of the SEFC