The Crimean Tatar Resource Center sent a report to the UN Special Rapporteur on freedom of religion or belief Ahmed Shaheed on the topic Respect, observance and protection of the right to freedom of thought in Crimea and its relationship with other fundamental human rights. 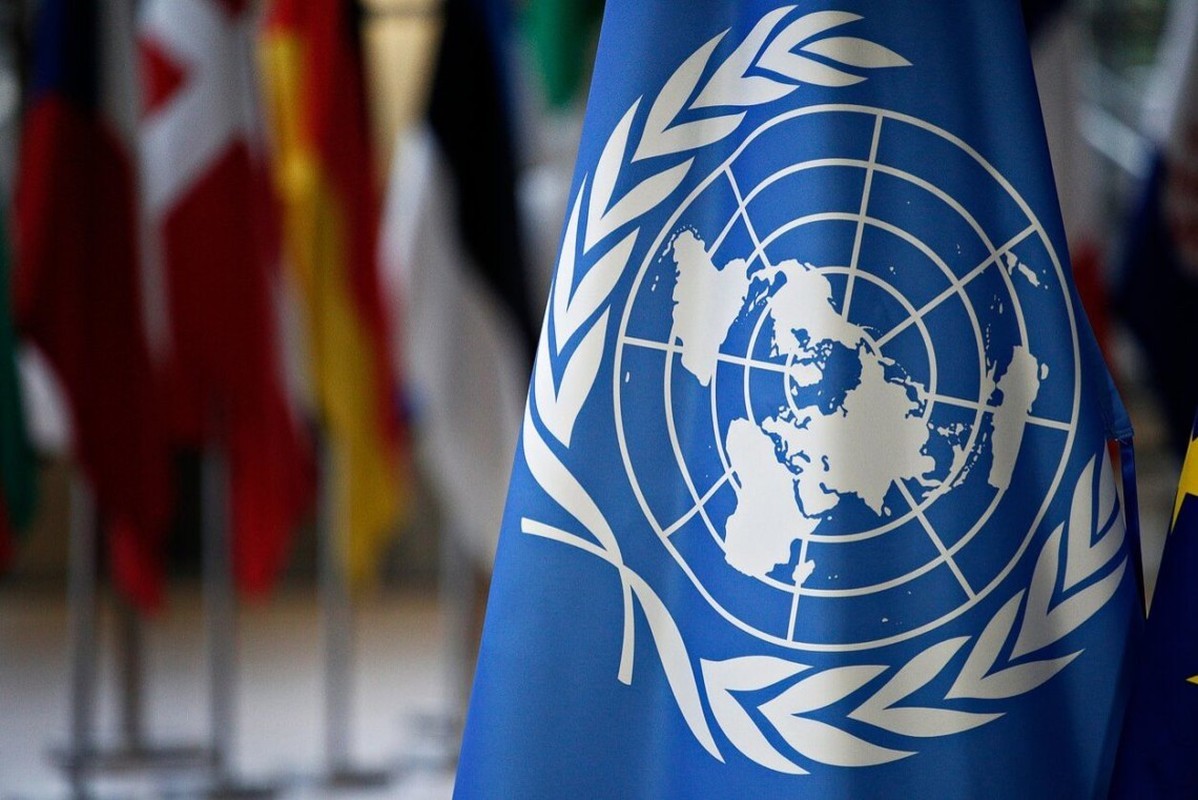 The report was submitted for the creation of the thematic report of the UN General Assembly at its 76th session on the respect, protection and realization of the right to freedom of thought.

The CTRC provided information on the situation with the violation of the right to freedom of thought in the occupied Crimea, and also gave a number of examples of restrictions on this right.

Since 2014, since the beginning of the temporary occupation of Crimea by the Russian Federation, the situation in the region has worsened with the implementation and protection of human rights. The de facto authorities are actively using all instruments of pressure: illegal detentions, arrests, searches, and the initiation of fabricated administrative and criminal cases, threats, beatings, torture, violent abductions, murders, refusal to re-register and illegal alienation of private property, destruction of property. All these crimes are of a systemic nature”,- the report said. 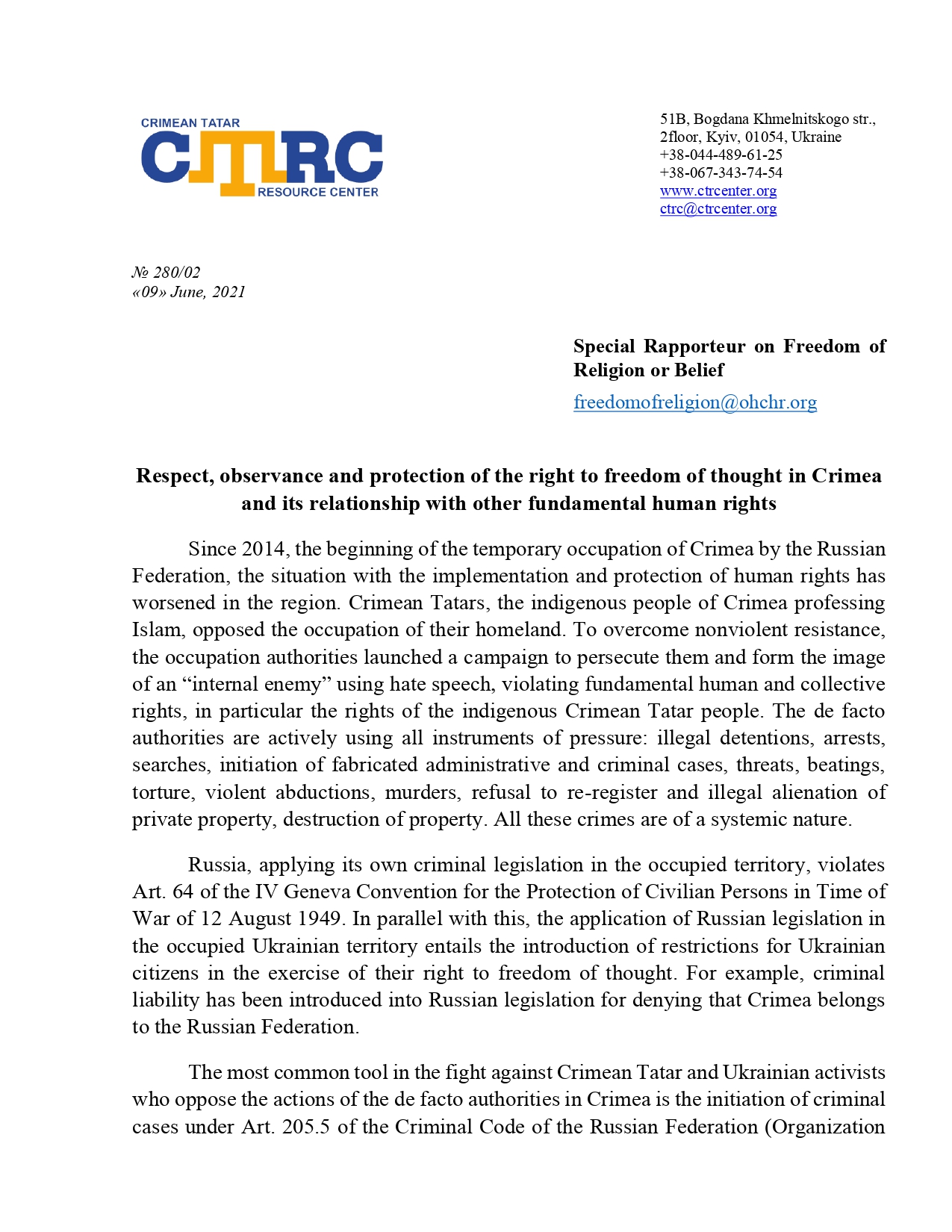 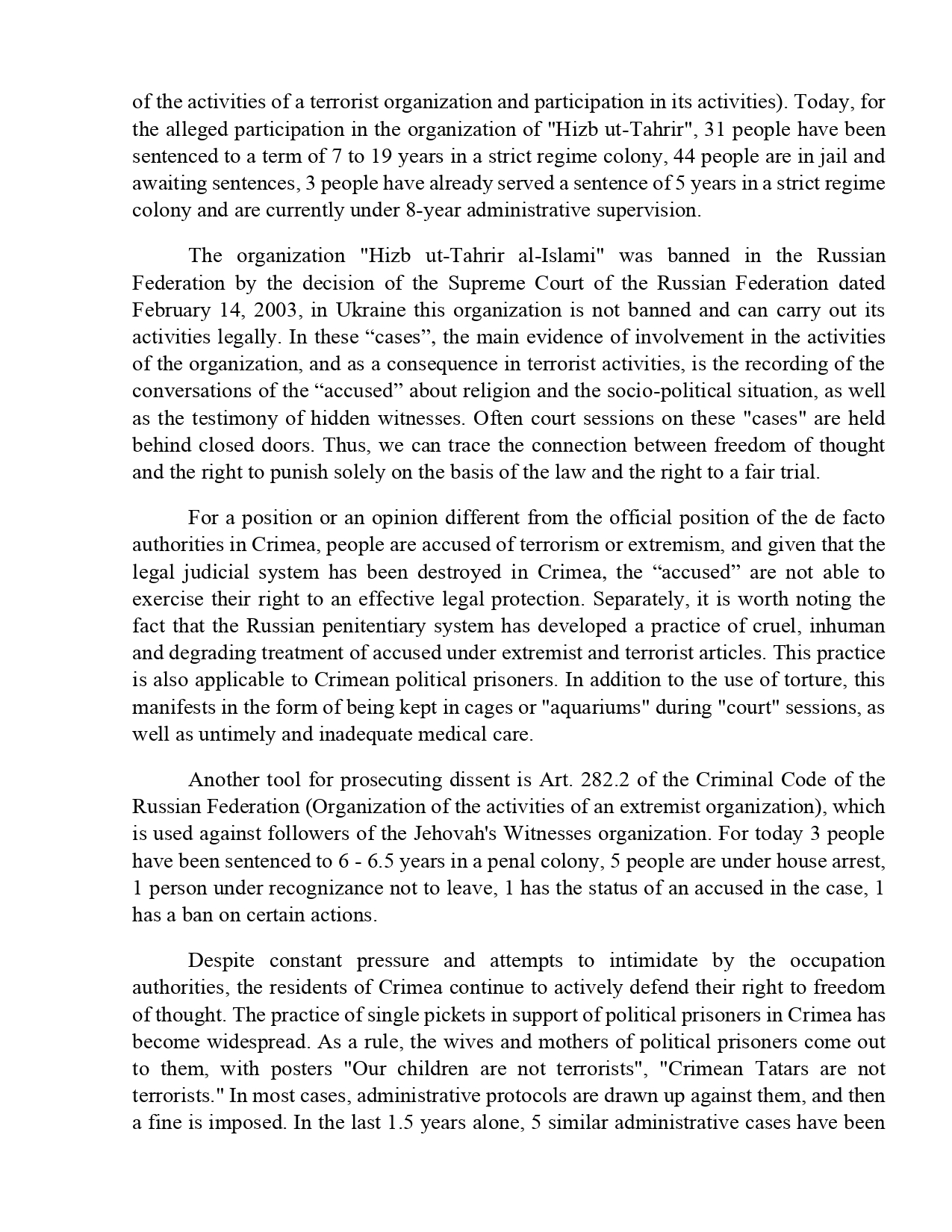 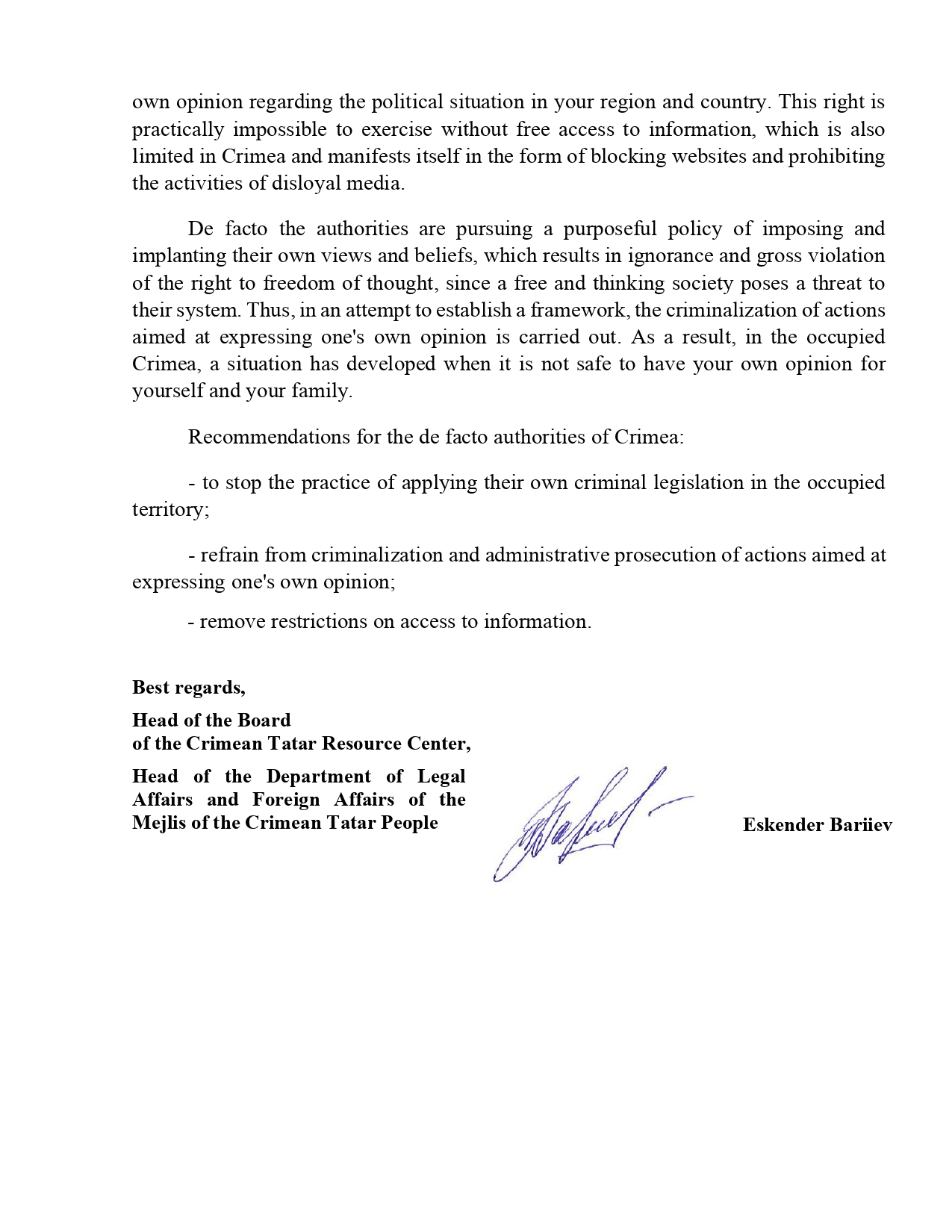 ????? ?? @ctrcenter
facebook
youtube
Experts have compared the situation in Belarus and in the occupied Crimea (video)
MP, Help the Prisoners of the Kremlin!: Bariiev recalled the importance of this campaign
Bariiev stressed the importance of the adoption of the law On Indigenous Peoples
In the occupied Crimea, almost two monthly precipitation rates fell out
Memorial Human Rights Center recognized Ismet Ibrahimov as political prisoner