How did Russia’s military aggression against Ukraine affect indigenous peoples? 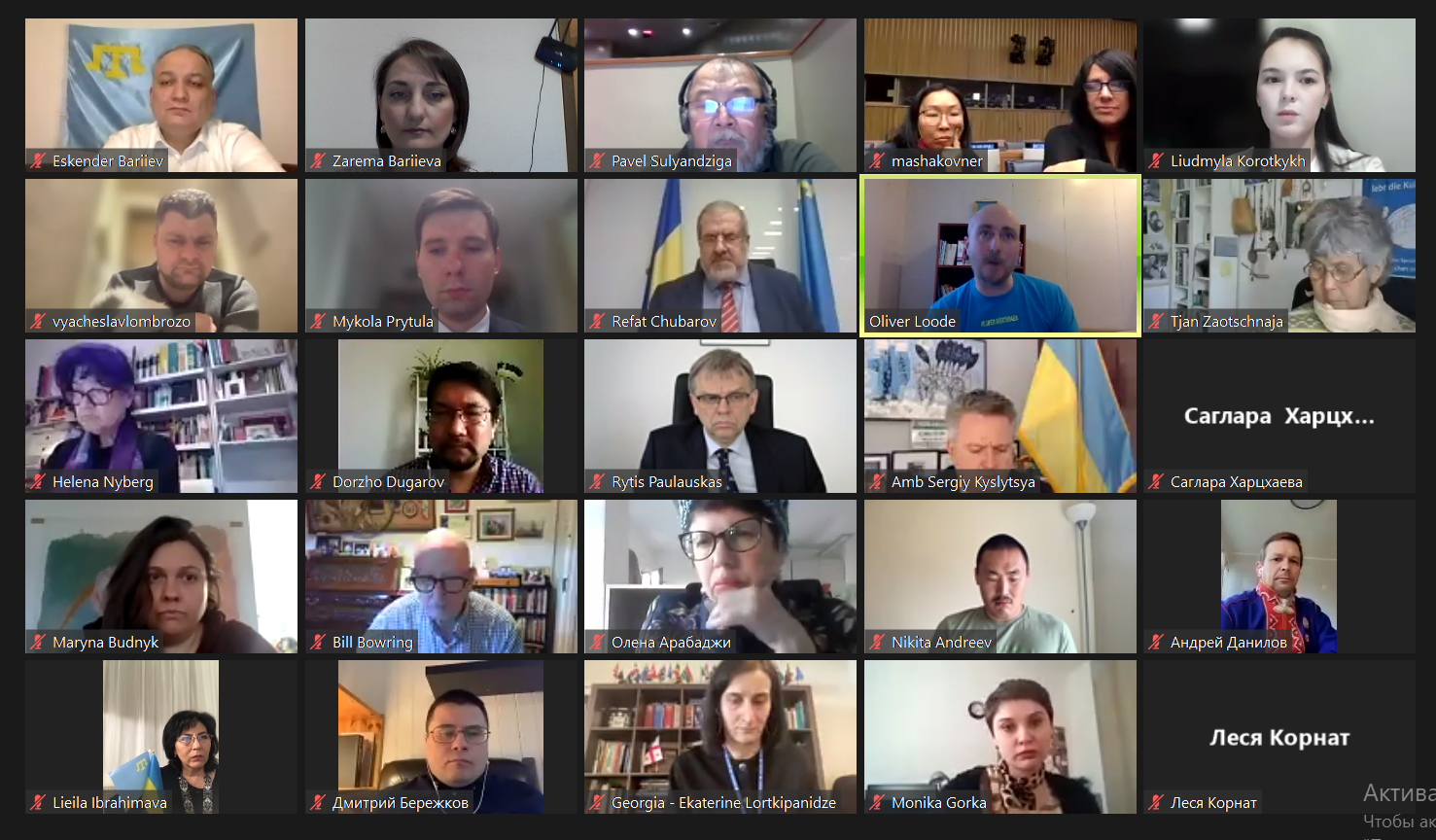 Side event speakers were:

Refat Chubarov – Head of the Mejlis of the Crimean Tatar people

Pavel Sulandziga – board member of the Indigenous Peoples Rights International

Lieila Ibrahimova – Deputy of the Zaporizhia Regional Council, Director of the Melitopol Museum of Local Lore

Moderator Oliver Loode  – Member of UNPFII (2014-2016), Director of «URALIC Center NGO»  (Estonia) began the event with an introductory speech, who noted that the full-scale invasion of the Russian Federation into Ukraine had a negative impact on the indigenous peoples of both Ukraine and Russia. He noted that this war affected all spheres of life of representatives of the indigenous peoples.

The participants of the side event were welcomed by the First Deputy Minister of Foreign Affairs of Ukraine Emine Dzheppar and Ambassador Extraordinary and Plenipotentiary, Permanent Representative of Ukraine to the UN Sergiy Kyslytsya.

The experts provided information on human rights violations and war crimes committed by Russia as an aggressor state in Ukraine against representatives of the indigenous peoples, analyzed the consequences of Russia's full-scale aggression against Ukraine, and discussed the challenges indigenous peoples are facing.

Refat Chubarov noted that Russia's armed aggression against Ukraine began in February 2014, when Russian troops invaded Ukraine and occupied Crimea. The head of the Mejlis believes that at that time neither the UN, nor the OSCE, nor other international organizations were able to take effective measures that would force the Russian Federation to abandon its criminal plans against Ukraine.

Eskender Bariiev spoke about violations of the rights of the indigenous Crimean Tatar people of Ukraine in the occupied Crimea, as well as in the temporarily occupied Zaporizhzhia and Kherson regions.

“In connection with the Russian-Ukrainian war, more than 7 thousand representatives of indigenous peoples became IDPs or refugees. At the same time, we see that they continue to be persecuted for religious, ethnic and political reasons. The actions of the Russian Federation are criminal, politically motivated and grossly violate international law”,- he stressed.

Olena Arabadzhi spoke about the situation of the indigenous Karaite people of Ukraine in conditions of the Russian-Ukrainian war. She stressed that 50 percent of the Karaites were forced to leave their lands.

Leila Ibrahimova spoke about the repressions of representatives of the indigenous Crimean Tatar people in the new temporarily occupied territories, based on her own experience. She shared the story of the search in her own house, about the detention and interrogation, as well as about the capture of the Melitopol Museum of Local Lore and the theft of Scythian gold.